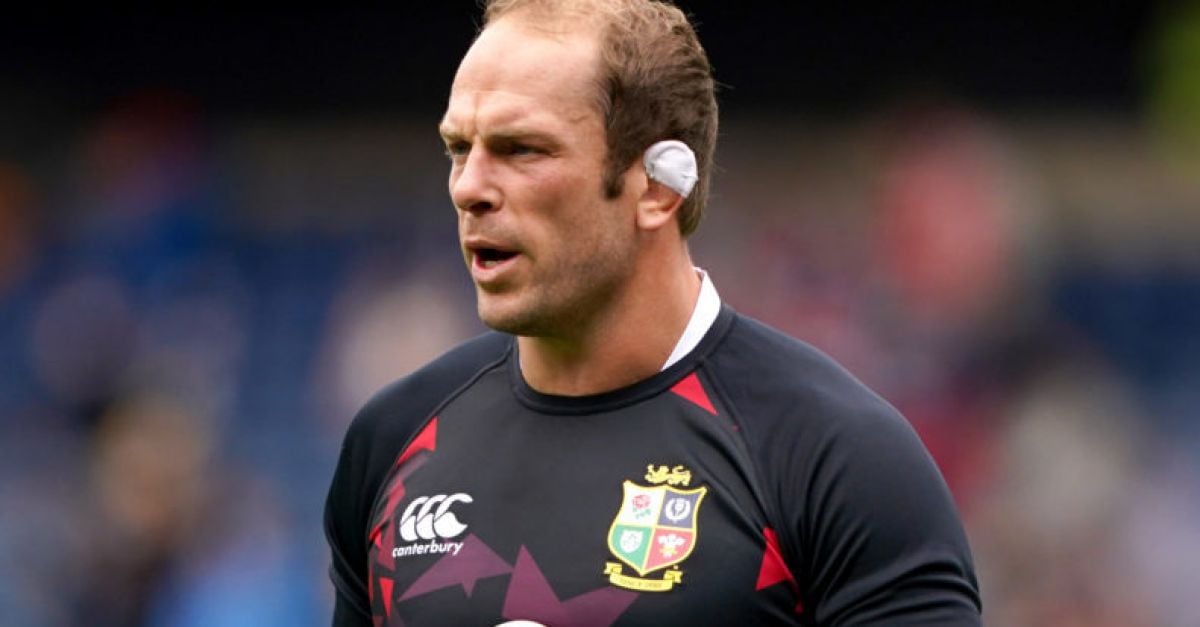 Alun Wyn Jones has reminded his British and Irish Lions celebrating their stunning comeback victory over South Africa that the ultimate prize has yet to be claimed.

The Lions showed resilience to battle back from a 12-3 deficit at the end of a first-half dominated by the Springboks to clinch the opening Test 22-17 behind closed doors at Cape Town Stadium.

Victory at the same venue next Saturday would seal a first series triumph against South Africa since 1997 and Jones expects a backlash from the world champions, who became ragged as the tourists’ fightback gathered momentum.

“We know what we’ve achieved but we also know what we haven’t achieved. There is still plenty to do and this is a three-Test series,” the Lions captain said.

“Knowing the calibre of the player and the attitude our opposition have, we have to be better again – first and foremost within ourselves. But we also have to deal with what we know is going to come next weekend.

“There were smiles after the game. In any sport, you have to enjoy moments like this as they don’t come round very often.

“But the caveat to that is we are only a third done and that message has already been planted. It’s a time for everyone to take stock of where we are and be ready to move on to next weekend.

🗣️ “We can certainly salvage this. A proper review is needed, but we can sort it out" – Jacques Nienaber
🔗 More here: https://t.co/Akc0s5Bz3F#CastleLionsSeries #StrongerTogether #StrongerForever pic.twitter.com/FRycPJNSOP

“Everybody has been part of this from the start of the Tour and they still are. A squad wins a series and that has in no way, shape or form diluted how we will enjoy this win.

“But the focus will come pretty quickly on Sunday and Monday when we’re straight back into it.”

South Africa stormed into the lead with four penalties from fly-half Handre Pollard until their coronavirus-disrupted build-up caught up with them after half-time.

Facing a Lions side that began playing with a renewed sense of purpose, the side that crushed England in the 2019 World Cup final began to look vulnerable as their discipline collapsed.

Their pack was bullied with Maro Itoje and Courtney Lawes their chief tormentors, they lost control of the skies and they ran out of steam, although they stayed in the fight until the final whistle.

“We were pretty composed at half-time. I wouldn’t say disappointed, probably more frustrated by the fact we put pressure on ourselves,” Jones said.

“Our kicking game got better in the second-half and the set piece became prevalent, so we can be pleased. But there are definitely things to work on from the early part of the game.”

Remarkably for a 35-year-old who had dislocated his shoulder during a warm-up match only four weeks earlier, initially ruling him out of the tour, Jones finished the match.

“I feel like I’ve been in a Test! My effort was borne out of getting back into this group,” said Jones, who has been dubbed ‘Lazarus’ and ‘Miracle Man’ because of his rapid recovery.

“I didn’t know I was going to be selected but I’m happy to be part of it and add to the energy the guys brought.”