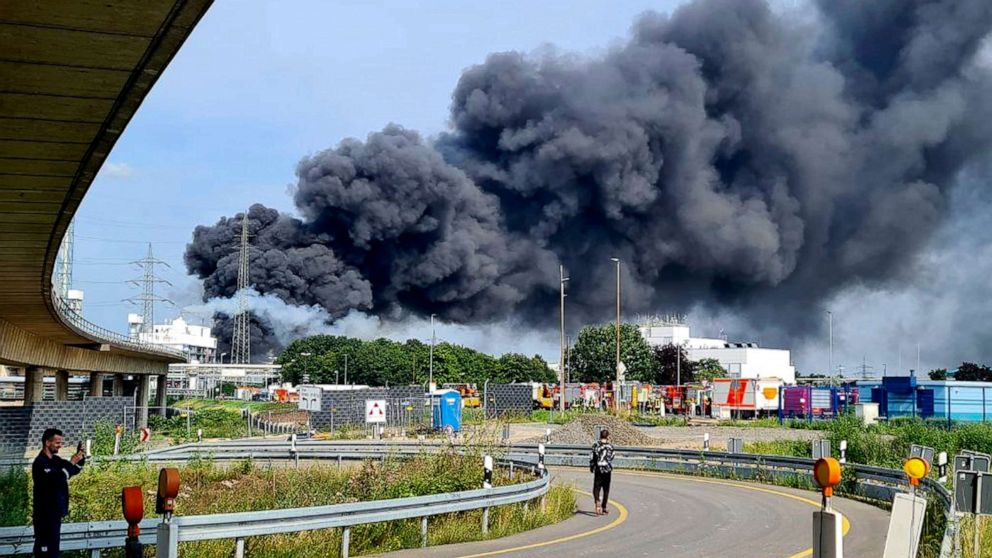 BERLIN — At least one person was killed and more than a dozen others were injured in an explosion at an industrial park for chemical companies in western Germany on Tuesday morning, officials said.

The powerful blast at Chempark’s site in Leverkusen reverberated through the surrounding city and sent large, dark plumes of smoke billowing into the air just before 10 a.m. local time. Germany’s Federal Office for Civil Protection and Disaster Assistance classified the explosion as “an extreme threat” and urged residents in the area to stay inside and keep all windows and doors closed.

Currenta, the operator of Chempark, which is home to dozens of chemical companies including Bayer, confirmed the death of one employee and said four others were still unaccounted for. City officials said at least 16 people have been injured.

The deadly explosion occurred in storage tanks for solvents at a waste management facility within Chempark Leverkusen, where more than 5,000 types of chemicals are manufactured, according to city officials. A blaze sparked by the blast took firefighters almost four hours to extinguish, according to Currenta.

Pollution detection vehicles were also deployed to the scene to assess what threat the smoke could have on the region’s air quality. Police in the nearby city of Cologne, about 12 miles south of Leverkusen, took to Twitter to advise people to avoid the area of the explosion, saying the situation was still unclear. Several highways in the surrounding region have been blocked off due to the incident.

The cause of the explosion was unknown, according to Currenta.