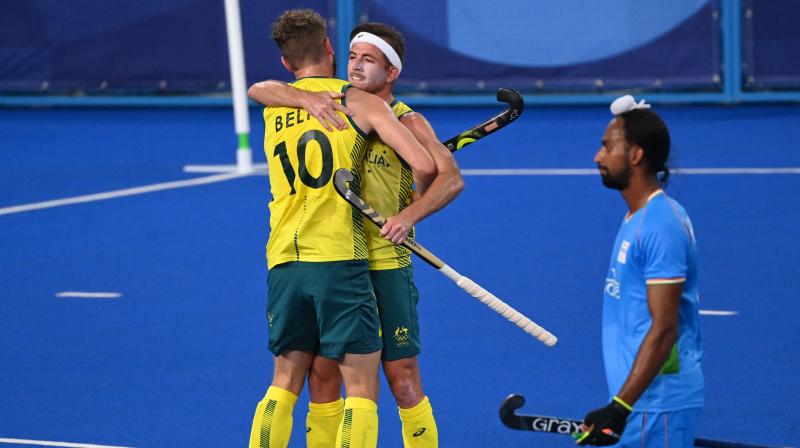 Tokyo: The Indian men's hockey team was thrashed 1-7 by world no.1 Australia in its second Pool A match of the Tokyo Olympics here on Sunday.

India's lone goal came from the sticks of Dilpreet Singh in the 34th minute.

India had earlier defeated New Zealand 3-2 in their opening fixture on Saturday.

The Manpreet Singh-led side will next play Spain on Tuesday.

BuzzOn6 seconds ago
0 0 Less than a minute
Show More