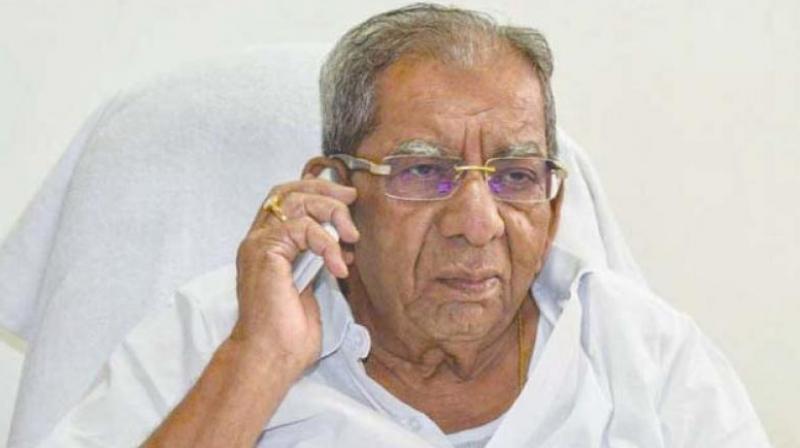 Bengaluru: It will be the end of an era if the Bharatiya Janata Party (BJP) tries to replace Karnataka Chief Minister BS Yediyurappa, former Karnataka Minister and senior Congress leader Shamanur Shivashankarappa said on Wednesday.

While speaking to the media amid rumours of a change in the state's leadership, the Congress leader added that the veteran BJP leader had the support of the Veerashaiva-Lingayat community.

"Karnataka Chief Minister BS Yediyurappa should continue as CM. The BJP high command must let him continue to hold the post, Veerashaiva-Lingayat community will stand in support of Yediyurappa. If the BJP tries to change him, an era will end," Shivashankarappa said.

Earlier on Saturday, Yediyurappa strongly denied having tendered his resignation amid speculation about leadership change in Karnataka.

"There is no truth in it… Not at all, not at all.." Yediyurappa told reporters in Delhi when asked if he had resigned, adding that in the meeting with PM Modi, only Karnataka's development was discussed.