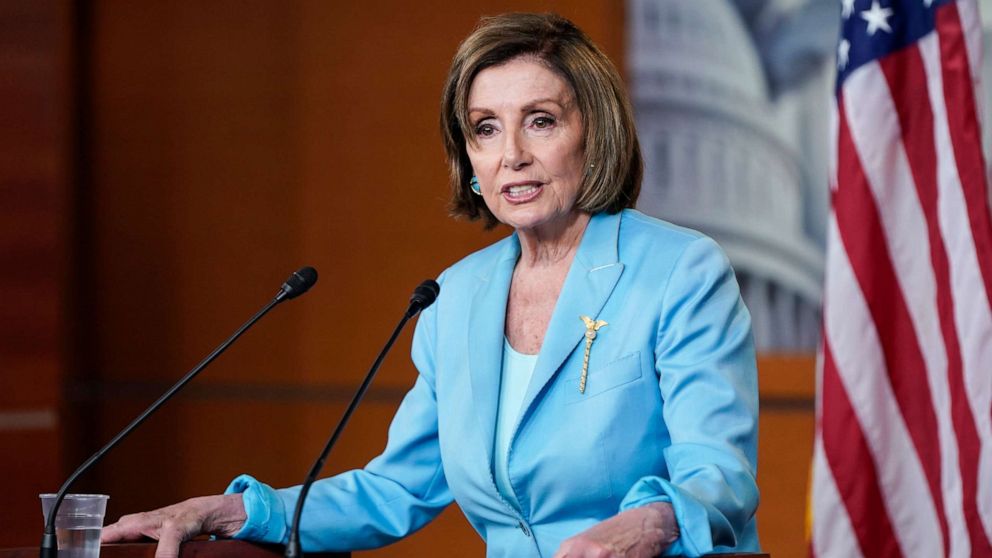 House Speaker Nancy Pelosi on Wednesday rejected two of House Minority Leader Kevin McCarthy’s recommendations for the select committee investigating the Jan. 6 assault on the U.S. Capitol, prompting McCarthy to pull all of his Republican nominees.

Banks and Jordan both voted to overturn the election results on Jan. 6 and Pelosi said their appointments could impact “the integrity of the investigation.”

“I have spoken with him this morning about the objections raised about Representatives Jim Banks and Jim Jordan and the impact their appointments may have on the integrity of the investigation,” she said in a statement. “I also informed him that I was prepared to appoint Representatives Rodney Davis, Kelly Armstrong and Troy Nehls, and requested that he recommend two other Members.

“With respect for the integrity of the investigation, with an insistence on the truth and with concern about statements made and actions taken by these Members, I must reject the recommendations of Representatives Banks and Jordan to the Select Committee,” she said.

McCarthy shot back at a news conference on Wednesday, saying Pelosi had created “a sham process.”

“House Democrats must answer this question,” he said. “Why are you allowing a lame-duck speaker to destroy this institution? This is the People’s House, not Pelosi’s House.”

He said unless Pelosi changes her mind and seats all five nominees, “we will not participate.” But, he said, Republicans will run their own investigation to answer why the Capitol was “ill-prepared” for the riot — something he and Republicans have blamed on Pelosi.

“Speaker Nancy Pelosi has taken the unprecedented step of denying the minority party’s picks for the Select Committee on January 6,” he said in an earlier statement. “This represents an egregious abuse of power and will irreparably damage this institution. Denying the voices of members who have served in the military and law enforcement, as well as leaders of standing committees, has made it undeniable that this panel has lost all legitimacy and credibility and shows the Speaker is more interested in playing politics than seeking the truth,” it read in part.

The House Select Committee was expected to hold its first hearing on Tuesday.

House GOP Whip Steve Scalise, R-La., on Tuesday signaled some of the lines of inquiry Republicans would have tried to advance — calling for an examination of “the whole array of political violence that led up to Jan. 6 and still has gone on after that” along with the security posture on Capitol Hill before the insurrection.

“There have been many questions raised about why there hasn’t been a higher National Guard presence,” Scalise said, hitting on a point McCarthy drove home on Wednesday.

As to how Republicans would respond to Democrats calling for GOP members to testify under oath about Jan. 6, Scalise said he would “let members of the committee discuss that and debate that.”

Asked at his press conference if he was still prepared to testify about his phone call with Trump during the riot, McCarthy said the call is already “out there.”

“The question is, you make a phone call after people are in the Capitol to advise the president of what’s going on, doesn’t get to the answer of why were we ill-prepared,” he said. “That’s really playing politics, and it really shows if that’s the issue that they want to go to, before they want to drive, we don’t get all the answers.”

President Joe Biden did not answer shouted questions on the Jan. 6 commission developments while departing the White House Wednesday, but the White House issued a statement emphasizing that Biden stands behind Pelosi’s decision.

“The President has made clear that the shameful events of January 6th deserve a full, independent, and transparent investigation to ensure something like that never happens again, and he has full confidence in the Speaker’s ability to lead that work,” White House spokesperson Michael Gwin said in a statement.

Rep. Bennie Thompson, D-Miss., chairman of the select committee, signaled in a statement Wednesday that Democrats — and Republican Liz Cheney, a Pelosi pick — would move forward with plans to hold their first hearing Tuesday despite GOP plans to abandon the panel. He said the group would go ahead with plans to hear testimony from law enforcement officers who defended the Capitol during the insurrection.

“We owe it to our democracy to stay the course and not be distracted by side-shows,” he said in the statement.

“The attack on this building on January 6th was the worst attack on this Capitol since 1814. It was an attack on our Constitution,” she said. “We supported what would have been the very best option, which was a bipartisan, independent commission. The minority leader opposed that. He lobbied against it in the Senate and the Senate blocked it. “

The American people deserve to know the truth and for the perpetrators of the insurrection to be “held accountable,” she added.

“There must be an investigation that is nonpartisan, that is sober, serious, that gets to the facts wherever they may lead,” she said. “And at every opportunity the minority leader has attempted to prevent the American people from understanding what happened, to block this investigation.”