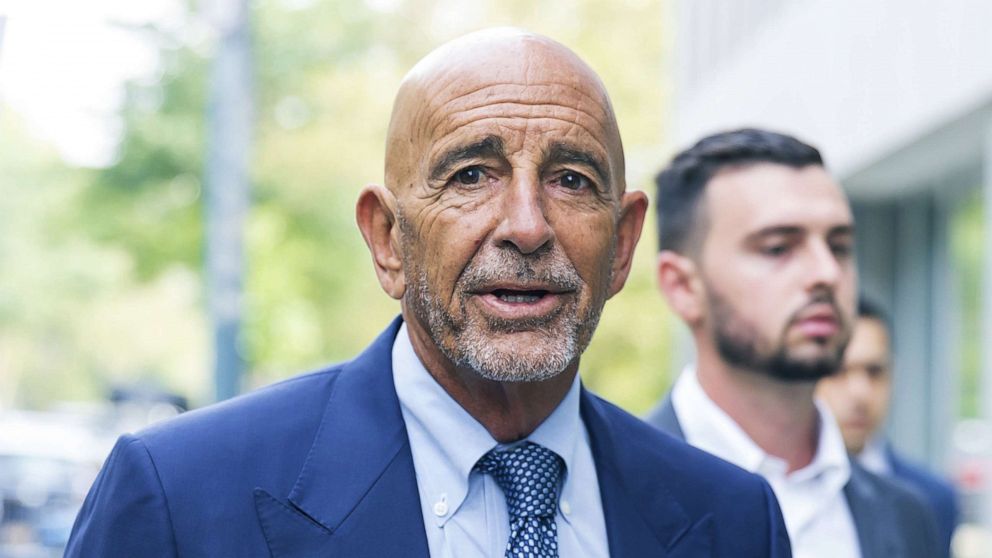 The chair of former President Donald Trump’s inaugural committee, Tom Barrack, pleaded not guilty Monday to charges he used his connection to Trump to illegally lobby for the United Arab Emirates.

Barrack flew across the country from California, where he was arrested last week, for his arraignment in Brooklyn federal court.

Barrack was released on a $250 million bond, secured by $5 million in cash. The judge ordered that his travel be limited to New York, California and Colorado, where he will live pending trial.

He was also ordered to take only commercial flights, with no private jets, and is prohibited from making any foreign financial transactions or from making domestic transactions above $50 thousand.

The bail package was requested by Assistant U.S. Attorney Nathan Reilly, who asked for a bail package “substantially similar” to what was imposed on Barrack following his arrest in California.

“Of course I am innocent of all these charges and we will prove that in court,” Barrack said in a statement following his arraignment.

“Three miles from here, standing in the middle of New York Harbor, is the Statue of Liberty, with a torch in her hand signifying enlightenment,” he said. “That statue is made of steel with a patina of copper. We’re in the middle of a very heated moment and I can only tell you that the hardest steel is forged from the hottest fire.”