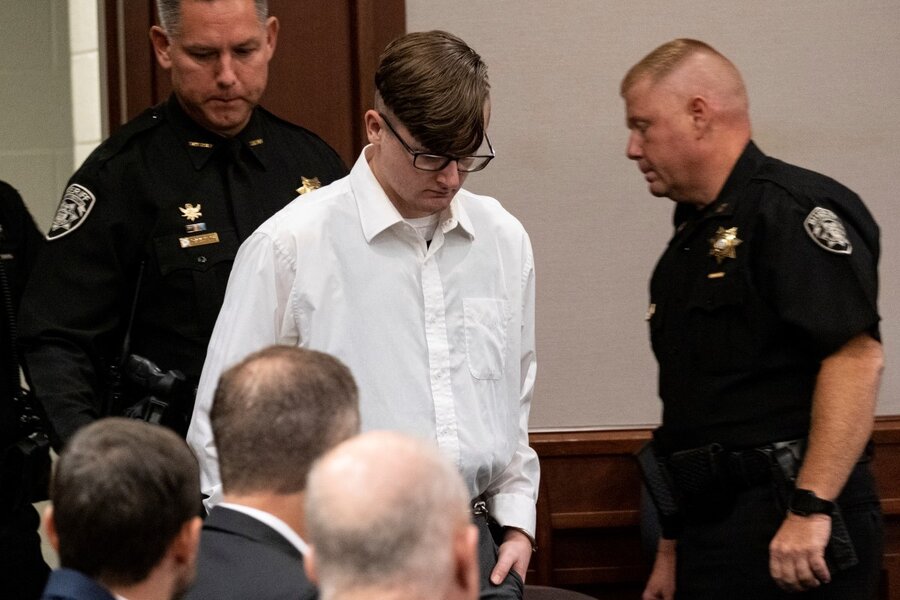 A man accused of killing eight people, mostly women of Asian descent, at Atlanta-area massage businesses pleaded guilty to murder Tuesday in four of the killings and was sentenced to spend the rest of his life in prison.

Robert Aaron Long, 22, still faces the death penalty in the other killings, which are being prosecuted in another county. The string of shootings at three businesses in March ignited outrage and fueled fear among Asian Americans, who already faced increased hostility linked to the coronavirus pandemic. Many were particularly upset when authorities suggested Mr. Long’s crimes weren’t racially motivated but born of a sex addiction, which isn’t recognized as an official disorder.

Cherokee County prosecutors had planned to seek the death penalty but decided a plea deal would bring swift justice and avoid any lengthy appeals. That’s what the victims and their families who they were able to contact wanted, District Attorney Shannon Wallace said.

“A part of me died with him that day,” she told the judge. “I am shattered.”

Elcias Hernandez Ortiz, who was shot in the face, also addressed the court, saying it’s been very hard for his family.

“Honestly, this man, why didn’t he think before killing so many people? I only want justice,” he said through a Spanish translator.

On March 16, Mr. Long shot and killed four people, three of them women and two of Asian descent, at Youngs Asian Massage in Cherokee County. A fifth person was wounded. Mr. Long then drove to Atlanta, where he shot and killed three women at Gold Spa before crossing the street to Aromatherapy Spa and killing another woman, police said. All of the Atlanta victims were of Asian descent.

In Atlanta, Fulton County District Attorney Fani Willis has said she intends to seek the death penalty. There, Mr. Long faces charges of aggravated assault and domestic terrorism in addition to murder.

Ms. Wallace said her office “was not able to conclude that it was motivated by bias or race,” because the shootings involved men and women of different races and people close to Mr. Long had never heard him say anything racist, according to Reuters.

“This was not any kind of hate crime,” Ms. Wallace said during the hearing.

Asian American community leaders said Tuesday they were concerned that the shootings continue to be blamed on a sex addiction. Mr. Long’s crimes were “intended to target Asian people, specifically Asian women,” said state Rep. Bee Nguyen, the first Vietnamese American to serve in the Georgia House and a frequent advocate for women and communities of color.

Ms. Wallace said she would have argued at trial that Mr. Long was motivated by gender bias, though that wouldn’t have extended his sentence.

Prosecutors in Fulton County, where all the victims were women of Asian descent, have said they believe Mr. Long was motivated by race and gender. They plan to seek a hate crime sentencing enhancement.

Georgia’s new hate crimes law doesn’t provide for a stand-alone hate crime. After a conviction on an underlying crime, a jury determines whether it was motivated by bias, which carries an additional penalty.

Mr. Long told the court that he went to the spa on that day to “act out, receive sexual favors and hopefully hate myself enough to … end my own life,” according to Reuters. He blamed the victims for his inability to control his impulses, Ms. Wallace said.

Mr. Long is scheduled for arraignment next month in Fulton County. His Cherokee County lawyers said in a statement they hope prosecutors there will follow Ms. Wallace’s example and reach a similar plea agreement.