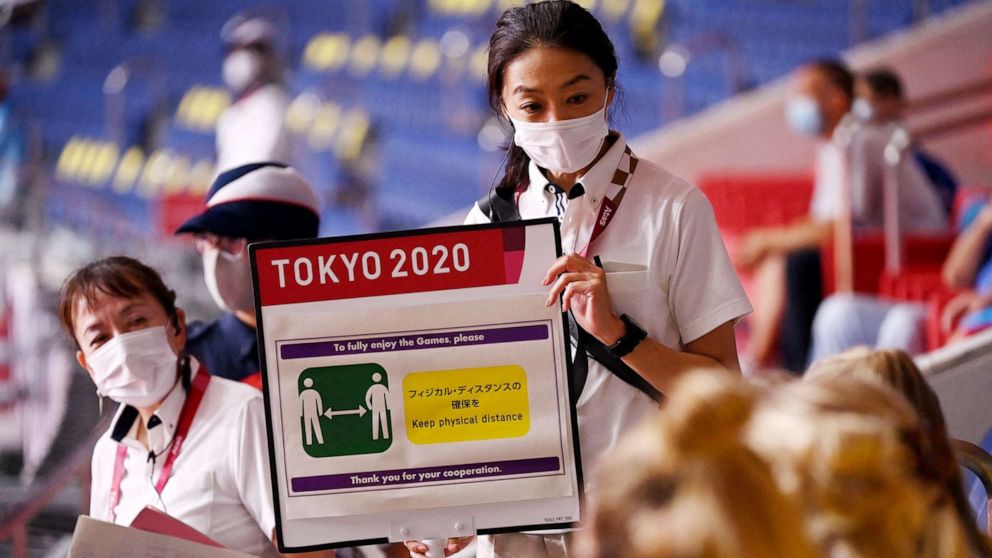 It’s the second day in a row in which Japan’s capital reported record-breaking cases. On Tuesday, the city reported 2,484 COVID-19 cases, which exceeded its previous record of 2,520 cases set on Jan. 7, 2021, according to Kyodo News.

Japan’s National Institute of Infectious Disease (NIID) has estimated that the highly contagious delta variant is responsible for nearly 80% of infections in Tokyo.

Patients who make up the new cases mainly involve people ranging in age from their 20s to 40s, according to the NIID, which reported an increase in hospitalization in people under the age of 50.

Vaccination Minister Taro Kono told the Associated Press Wednesday that pushing the country-wide inoculation campaign, at the moment, is less urgent than focusing their efforts on vaccinating young people, who some health experts believe are driving the surge in cases.

“It is crucial to promptly vaccinate younger people,” Tokyo Gov. Yukiro Koike said, according to The Associated Press.

As of Wednesday, at least 27% of the country has had at least one dose of the vaccine, according to a government report at the beginning of the month. Tokyo remains under its fourth coronavirus state of emergency.

Last week, the International Olympic Committee reported that nearly 80 people accredited to the Games had tested positive for the virus, including more than two dozen athletes.

Although Prime Minister Yoshihide Suga urged people during a press conference Tuesday to avoid non-essential travel, he said there is no reason to consider suspending the Games at this time, saying, “Please watch the Olympic Games on TV at home.”