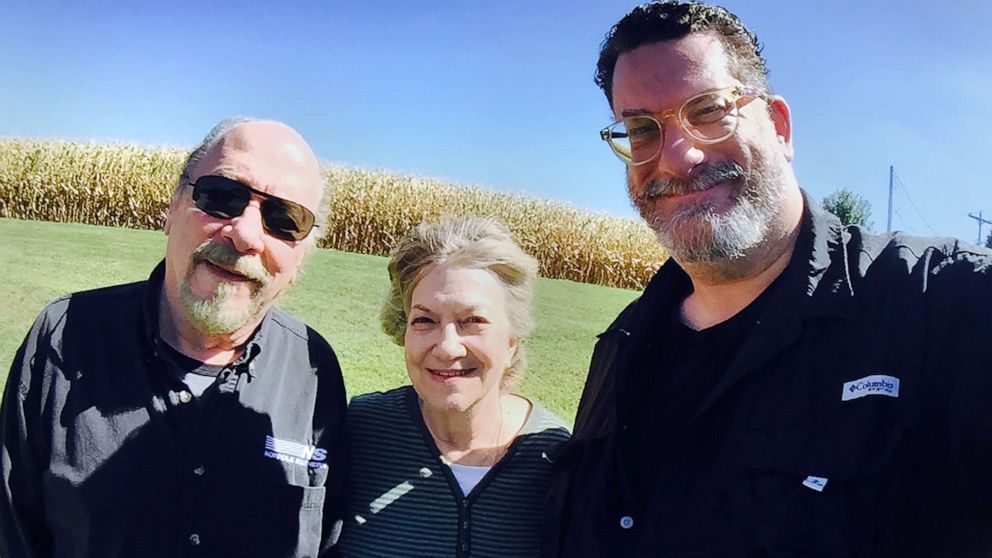 Jim Coleman, who befriended me while tirelessly pressing U.S. government officials to secure the freedom of his daughter Caitlan Coleman until she was released by the Taliban in 2017 after five years in captivity, died this month after suffering a long illness, according to his family.

Jim, a Ph.D. botanist who had worked for NASA, died July 16 in Stewartstown, Pennsylvania, at the age of 75, said his wife Lynda. Originally from Chicago, he moved to Falls Church, Virginia, for high school and received a BA in history from Loyola University, an MS in ecology from the University of Tennessee, and a doctorate from the University of Florida.

“Jim believed so strongly in honor, in justice, in perseverance,” Lyn told me last week. “And most of all, he was my best friend for over 50 years. He knew how to be a good friend to so many.”

Anyone who encountered Jim during those long years of Caitlan’s quiet captivity knew that to be true — including this reporter.

Our deep friendship was forged at his small kitchen table in rural Pennsylvania, where we met every few months. Approaching 70, he looked like a professor of poetry in his black shirts, jeans and Van Dyke beard, smoking Eagle cigarettes and sipping his favorite Natural Light beer over ice, as he strategized how to get his daughter out of the hands of the Taliban’s Haqqani network in Pakistan’s North Waziristan tribal region, almost nine hours ahead and a world away.

Caitlan had been kidnapped in eastern Afghanistan in 2012 with her now-estranged Canadian husband Joshua Boyle, while she was six months pregnant. They were immediately taken into Pakistan, where they were ultimately moved to two dozen camps.

Few families of hostages have the skills to grapple with such a crisis, in which the U.S. government usually becomes involved at the highest levels. But Caitlan’s dad plunged into it full-fisted, spending five years juggling calls and meetings with FBI agents, diplomats and hostage negotiators, and establishing strong relationships with National Security Council officials in the Obama administration.

After ISIS tweeted that another woman, Kayla Mueller of Prescott, Arizona, had been killed in Syria as a hostage in February 2015, I had reached out to Jim by email for the first time about mentioning Caitlan’s captivity in a broadcast story.

Jim kept a photo of Kayla in his wallet in solidarity with her parents Carl and Marsha, whom he had befriended and tried to comfort. Marsha said last week that Jim’s passing was heartbreaking.

“I have so many memories of speaking with Jim, he was so kind to us,” she remembered.

Appreciative of being notified before broadcasting any information about his daughter’s case, Jim called me out of the blue to share a stunning piece of information — and pose an equally startling question.

“I want to negotiate a ransom for my daughter and my grandson. But I’ve never received a ransom demand,” he said.

This was not public information, and it was bewildering. Other Haqqani hostages had been released after ransom demands were met. Other times they held Westerners captive for other purposes such as prisoner exchanges, as with U.S. Army Sgt. Bowe Bergdahl.

“There has been no credible ransom demand or communications,” Jim repeated.

He asked if anyone at ABC News knew how to contact the Taliban so he could begin negotiating with them, even though he did not have a fortune to tap for a ransom.

I told him that, as a reporter, I was not going to meddle in sensitive matters of a hostage in peril. But I suggested he could contact people who were in a better position to possibly help, such as British filmmaker and former Haqqani hostage Sean Langan and former ABC News reporter Gretchen Peters, who had testified before Congress about the Haqqani network. Both soon threw themselves into helping Jim and Lyn.

“It’s the hardest fight a father will ever face: having to stand by when you know your child is suffering and needs you,” Langan said this week. “But Jim never stopped fighting for his daughter.”

In a modest house with a yard bordered by a field of soybeans, corn or sunflowers planted each season, Jim slept during the day and worked all night in his basement office on his daughter’s strange abduction, making calls to contacts he made overseas. He told me about foreign hustlers who wanted cash to arrange a hostage release, but also about one kind Afghan diplomat who delivered proof-of-life videos of the captive couple and their two little sons.

I would typically receive Jim’s emails in the dead of night — normal business hours in the dark world of kidnapping and ransom.

But Jim was an optimist. He never doubted that his daughter, whom he had home-schooled himself, would come back alive — even as the years ticked by.

During one kitchen table exchange of information, Jim described a proof-of-life video the FBI had obtained early on of Caitlan with her first child born in captivity. He thought the boy looked like him, and delighted in seeing him for the first time. Over the years, Jim and Lyn would learn of the birth of their second and third grandchildren in captivity.

In late 2016, Jim told ABC News in a broadcast interview that he was hopeful President-elect Donald Trump was a dealmaker who would find a way to get his daughter and grandchildren home safely. A Trump campaign placard appeared in a window of their house.

But after Trump was sworn in, Coleman’s faith was tested when he found that he could no longer communicate as easily with the Trump White House, whom he rarely heard from or could reach — other than one call with Lt. Gen. Michael Flynn before he stepped down as national security adviser amid the Russia probe.

“I don’t even know if the president knows my daughter’s name,” he confided to me in the spring of 2017.

So he sent a private letter to Trump pleading for the rescue of Caitlan and her kids, which he trusted me enough to read.

Yet some inside the Trump White House were indeed laser-focused on Caitlan’s case, such as Homeland Security and Counterterrorism Adviser Tom Bossert, now an ABC News contributor, and military intelligence officer Col. Chris Costa of the National Security Council.

“Jim inspired many of us with his unshaken faith that the United States government would bring his daughter and her kids home,” Costa, then a Special Assistant to President Trump for Counterterrorism and Hostages, said this week. “Jim’s mission was to campaign ceaselessly on his daughter’s behalf. He did that unflinchingly.”

U.S. intelligence finally located Caitlan in the summer of 2017, but they couldn’t tell anyone — not even her parents — because a rescue operation was planned, according to sources.

As a team of operators from the Navy’s SEAL Team Six prepared to launch from Jalalabad, Afghanistan, to penetrate Pakistani sovereign territory with a cross-border raid, Trump administration officials pressured Pakistani intelligence, who swiftly arranged for the Haqqani network to drive Caitlan to a Pakistan army checkpoint. A few shots were fired, but Caitlan and her family were finally free. The SEAL raid was called off.

That day in 2017, I was welcomed into the family’s rural Stewartstown home to interview Jim and Lyn. Doctor J. and I toasted his daughter and grandkids’ sudden freedom. The interview was shot for ABC News by beloved cameraman Jim Sicile, who himself died just last month.

At the White House, several Trump aides said they poured whiskey to celebrate the highest-profile successful hostage recovery in years.

“Hostage recovery can be emotionally draining work and has the unintended consequences of bringing Americans together, sometimes tragically, to grieve the untimely deaths of hostage loved ones,” Costa said last week. “But I had the good fortune of meeting Jim Coleman to celebrate the return home of his daughter Caitlan and his grandchildren from being held by terrorists in Pakistan.”

Jim was a bit hermit-like and had a real aversion to Washington or traveling anywhere other than to see friends in Nicaragua, so I made countless drives north to Stewartstown, which continued long after Caitlan’s safe return. After he passed away last week, Caitlan said she was too devastated to even contemplate the loss.

Before he succumbed to his illness, Jim and I planned to reunite at a local restaurant, Messina’s, to eat our usual cheesesteak specials and catch up.

At his funeral on Friday, I was comforted that he had lived to see his daughter and grandkids free of their Taliban captors.

Afterward, his family took me to Messina’s. They insisted we sit at the same table where Jim and I always had.

“Thank God that you are a serious friend,” Doctor J. once told me. “I have no intention of getting rid of you.”