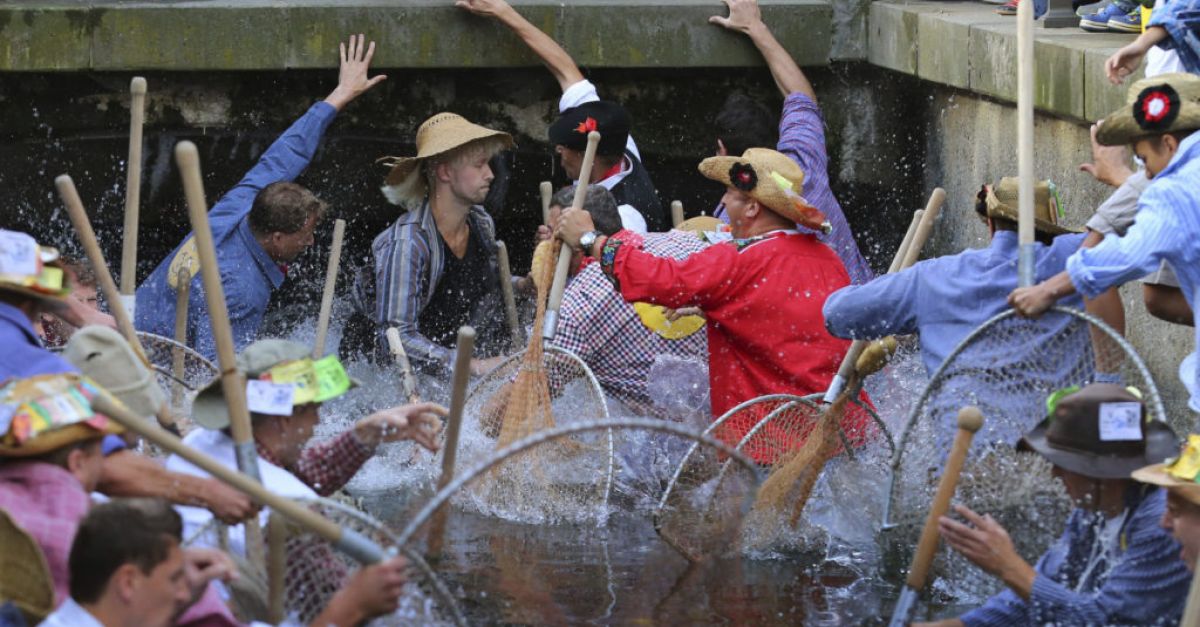 A German court has ruled that women cannot be excluded from a traditional event – dating back to the 16th century – in which fishermen compete to catch the biggest fish in a stream running through a Bavarian town.

The state court in Memmingen said the group that organises the town’s Fischertag, or fishermen’s day, must allow female members to participate in the climax of the annual summer event, which features people jumping into the stream with nets to catch trout. Whoever catches the biggest fish is crowned the “fishermen’s king”.

The 1931 statutes of the group that organises the competition state that “to preserve the centuries-old tradition” only male members who have lived in Memmingen for at least five years are allowed to participate.

A female member who objected took her case to a district court in Memmingen and won, and on Wednesday the state court threw out an appeal by the organisers.

It found that their stated aims of service to local history, culture and environmental protection did not justify the unequal treatment of members.

The state court also said the event had long since effectively ceased to be a completely faithful reproduction of history.

The group said it planned to decide on Thursday whether to appeal to a federal court, German news agency dpa reported.

Memmingen mayor Manfred Schilder said the ruling was clear and the event “will change”.

Both sides last month rejected the presiding judge’s suggestion that they reach an out-of-court settlement.

The organisers argued that a majority of their delegates would have to approve a compromise, but they had already twice rejected opening the event to women.

The case pitted associations’ legal freedom to set their own rules against the requirement for equal treatment.

Michael Ruppert, head of the group that organises the Memmingen event, said the verdict “could affect many, many associations across Germany”.