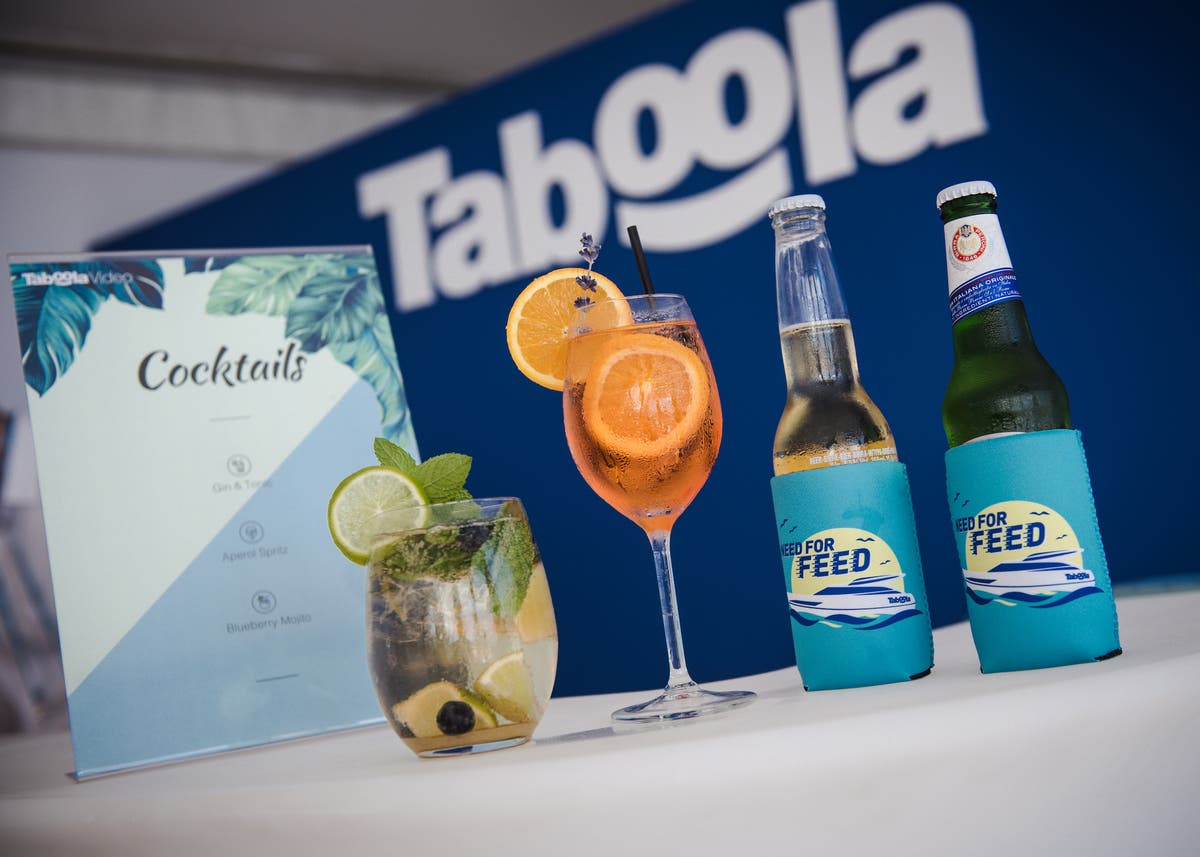 You might not have heard of Taboola, but it and its founder Adam Singolda helped shape the way we experience the internet today. And now he is working to protect the internet as he wants it to be.

Taboola is one of the biggest operators of “chumbox” ads, named after the practice of chumming, where anglers will use other fish as bait. The fish in this case is content; Taboola offers up links, of the kind that have led to some criticism in the past, and hopes it will be able to lure people to click on them.

It offers that service to both publishers and advertisers; those ads will appear alongside posts on other websites, directing people both to more similar posts and also those that have been bought as marketing.

It has become a defining aspect of life on the web in the past 10 years: intriguing, sometimes odd headlines alongside what you are reading on, asking for your attention. Singolda hopes that it will continue to define the internet – so long as he and others can successfully argue for the value of the open web, away from the closed systems offered by Google, Facebook and others.

And it is now a public company, valued at more than $2 billion, after using a fittingly innovative approach to get to market. The company is now trading on the Nasdaq, listing through a SPAC or special acquisition corporation, a newly hot technique that allows companies to list themselves more easily.

But all of that world-changing story began with just a TV.

“I was 35-ish, living in my parents house – you don’t make a lot of money in the army. I had my own room. With the money I did save I bought myself a TV – a big screen back then was 27 inches or something – and as I was watching TV, I couldn’t find anything to watch on television.

“I was convinced that the future for all of us will be driven by suggestion. All over.”

“It’s kind of like the Amazon experience: you go to buy one product, and you end up buying other things in it. You never knew you needed all these things, but it’s such a good service. And so on steroids, across all verticals, all types of recommendations anywhere.”

“So I did what most good Jewish boys do whenever they have a huge revolution in mind: I went to my mum. I told her, the future will be different, it’s going to be driven by recommendations, search results.

That surprise was not unreasonable. In its first years – during which Taboola was not focused on publishers or journalism but video, and intended to be an alternative to YouTube – Singolda and his company struggled profoundly.

“The first four and a half, five years were very difficult,” he says. “We were about 10 people or so for the first five years, and with no revenue. During that timeframe, I almost had to shut down two or three times.

“I tried every business model under the sun – fees, revenue share – and nothing was working.” Attempts to raise more money in 2011 with a big visit to Silicon Valley venture capitalists also struggled: Taboola pitched to 30 investors on the infamous Sand Hill Road, and was rejected 30 times.

Soon after that, however, came a major investment from home in New York. Then came a new advertising business, which allowed other websites to use it – if a person went to a website and finished an article or video, for instance, they would be offered another one to carry on.

“And that was the beginning of our growth. That was the last time I needed to raise money.”

Both took off like a rocket ship, Singolda says, leaving “five years of failure” behind. From making hundreds of thousands of dollars a month in 2012, the company was turning over more than $200 million in 2014.

After that, the business model was much more straightforward, he says. “We empower publishers. We’re an open web company.”

Taboola is unusual in that respect – the majority of the most-hyped technology companies revolve around their apps, and the success they’ve had at gathering people into them and keeping them there. In large part, the open web that is so valued by Singolda and other technologists is largely under threat because the alternative is just so fun: Facebook, TikTok and others might be walled gardens, but the flowers are beautiful there.

Singolda says that aim is to learn from that success and make the internet a little more engaging, too. “Instagram, TikTok – these are beautiful products. Why isn’t the internet?”

He recognises that those companies have won for good reason; they’ve convinced people to hand over their time in return for their data and advertising. It’s done that by building great products that people want, he says.

“The goal is to basically transform the open web into a feed of recommendations – much like on TikTok, Instagram, WeChat in Asia – incorporating editorial recommendations, page recommendations, and getting people to stick around, so they don’t go back to Facebook.”

Singolda argues that publishers are aligned with that view, since both Taboola and the websites that host their ads have the primary interest of keeping people engaged on the site; “if publishers don’t grow, we don’t grow”, he says. Singolda commits that Taboola will “never launch a publisher” or compete with its publisher partners in any way, in order to preserve the “win win” setup that means it is not fighting with publishers for scarce attention in the same way a website like Facebook is.

But Singolda’s commitment to the open web does not appear to be only a business concern, but a philosophical one. He wants Taboola to be a “champion of the open web” – helping it to continue to flourish and stick around in the face of threats from apps and walled gardens, even if that means borrowing some of their tricks.

But Taboola has faced criticism of its own, from people who argue that its ads are often a mix of the confusing and misleading. Those highlighted for criticism often include miracle cures or particular kinds of almost visceral body horror, usually alongside headlines that promise content that speaks to similar emotions.

Singolda says the company has a team called Taboola Protect, which is kept separate from other operations. It reviews ads –some half a million titles and pages each week – focusing on human curation rather than AI.

That team will not allow fake news, hate, or clickbait, he says, though it will allow clickable content; publishers are also given a choice of the kind of advertising they want.

“But we have a bar and we keep working hard on that one. And I think clickable is something that people like, especially younger audiences.”

At the same time, Taboola is looking to grow – while keeping the culture that has been fostered among the many employees who have more recently joined the company. That growth will involve investing in many of the things that have been exciting much of the tech industry: artificial intelligence, and the spread of computing into just about every aspect of life.

Again, that means looking at the success of more closed ecosystems, like TikTok, whose AI-powered recommendation algorithm is so good at surfacing new content that the main complaint voiced about the app is that people find it difficult to want to open anything else. Websites on the open web would do well to be just as engaging, says Singolda, and Taboola wants to help make it that way.

“How can you make your homepage feel like TikTok, or Instagram – your home page should be as great as opening those networks that I just want to never leave? To me that’s a huge gap, and we’re not there yet.”

And at the same time, those recommendations could go elsewhere. “I want to go to connected TVs, every mobile device, every car” – if a car has Spotify, why should it not have access to content from news publishers?”

But it will also mean helping to write the story of what Taboola actually is – especially now that it is a public company. “What scares me is mainly the culture in terms of: How do you scale a startup? How do you sustain transparency? And how do you talk about things that matter to people working at Taboola? So it doesn’t feel like anyone’s an employee and we are all co writing the story.”

One of the more beloved tricks that will be seen in chumbox ads is about how time has changed people: “You won’t believe what this person looks like now”. But Taboola has helped launch its own radical transformation of the internet; now it will hope it can find its one neat trick to keep it that way.