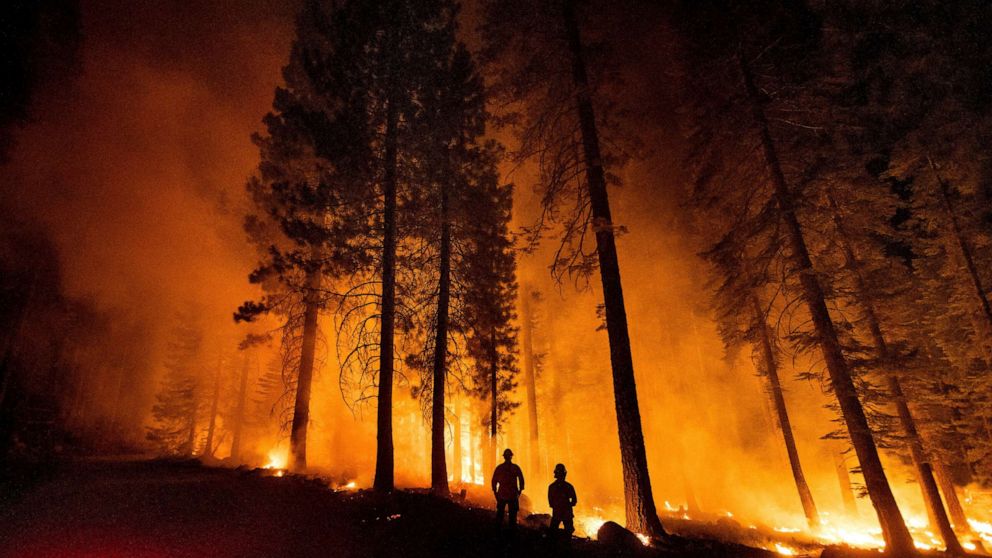 A heat wave is blanketing much of the country as dozens of largely uncontained wildfires continue to burn in the West.

The widespread heat wave is impacting the central U.S. from Montana to Georgia, with some record highs possible in the north and central Plains. Heat indexes topping 100 degrees are also expected in the northern Plains and deep South on Tuesday and Wednesday, while heat alerts have been triggered in 18 states.

More than 80 large wildfires are burning across the West, the majority of them located in California, Oregon, Washington, Idaho and Montana amid tinderbox conditions caused by megadrought and climate change.

While fire conditions are improving slightly, above-normal temperatures and lightning — especially in the Northwest — are posing threats for more wildfires to spark.

The dry lightning is being generated after moisture from the deadly monsoons in the Southwest U.S. push north.

The Dixie Fire near the Feather River Canyon in Northern California had grown to more than 198,000 acres by Tuesday and was 22% contained. As the fire spread slightly slows, crews are prepping for structure protection in Taylorsville, California.

More than a dozen structures have been destroyed, and more than 10,700 structures in the region are threatened. Thousands of people in Northern California have been evacuated from their homes, according to the California Governor’s Office of Emergency Services.

The Bootleg Fire in southern Oregon, currently the largest in the country and the third-largest in state history, had burned through nearly 410,000 acres and was 53% contained on Tuesday.

The Tamarack Fire near Gardnerville, Nevada, had scorched more than 68,000 acres by Monday and was 54% contained.

The wildfires are also affecting the eastern U.S. as the smoke continues to drift across the northern part of the country, causing air quality alerts to be issued from the Ohio Valley to New England.