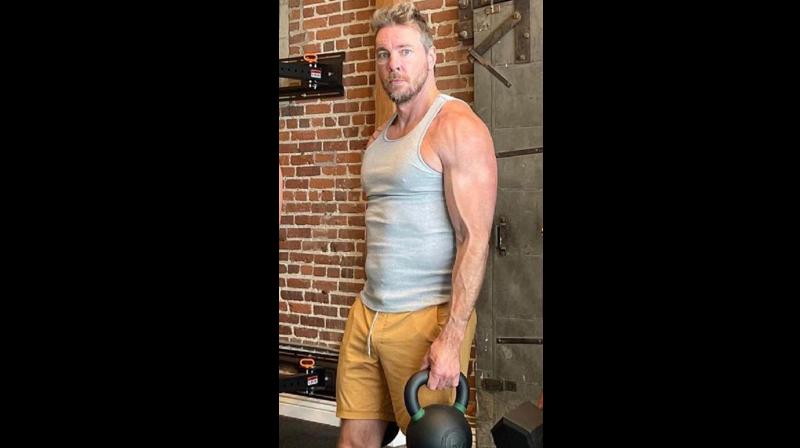 When Ashton Kutcher and Mila Kunis, recent guests on actor Dax Shepard’s podcast, remarked on the size of the 46-year-old host’s biceps, Dax revealed then that he has been using “heavy testosterone injections.” “I spent my whole life as a medium boy, and now I’m a big boy and I like it,” he said smiling. Dax is not the only one. Physique changes that Amazon founder Jeff Bezos has demonstrated are very difficult to achieve at his age without testosterone therapy. Then there is “Rocky” Sylvester Stallone, who has been on testosterone replacement therapy (TRT) and human growth hormone (HGH) to help him stay in such great shape. Others, like Oprah Winfrey, Madonna and Angelina Jolie, have all used them although in their case for dealing with the effects of menopause etc.   What’s testosterone? Testosterone, explains nutritionist Arooshi Aggarwal, is a hormone that helps men in maintaining everything from muscle strength and facial hair to their sex drive. “TRT is most likely popular among fitness enthusiasts and muscle-obsessed people whether male or female. In men, testosterone helps in maintaining their bone density, muscle strength, fat distribution, libido and facial and body hair,” she adds. Dr I Bharat Kumar Reddy, senior consultant psychiatrist at Apollo Hospitals adds. “Testosterone is a naturally occurring hormone that helps males in developing secondary sexual characters during puberty. However, of late it’s been used to enhance male vitality,” he says. According to the doctor, normal testosterone levels are between 300 and 1,000 ng/dL. “If the blood test shows that your levels are far below normal, doctors may suggest TRT, which can be administered in the form of injections, patches, topical gels, pills or implants,” adds the doctor.   The sex drive According to a study published in The Endocrine Society’s Journal of Clinical Endocrinology & Metabolism, older men with low libido and low testosterone levels showed more interest in sex and are engaged in more sexual activity after undergoing testosterone therapy. Sexologist Dr Narayana Reddy reminds us that the role of testosterone is to regulate one’s sex drive, bone mass, fat distribution, muscle mass and muscle strength and the production of red blood cell and sperms. Arooshi further explains that as men age, these levels start declining. “And this is more evident in 30–40 years of age, which is also a sign of ageing. But with the help of TRT, it reverses such aspects related to the ageing process in men,” she adds.   Chasing a quality of life Sexologist psychoanalyst Dr Sharmila Majumdar, who specialises in female and male sexual dysfunction and mental health, as well as holds the distinction of being the first female sexologist in India, shares more insights. As per the doctor, age-related hormone deficiency-dependent quality of life (A-RHDQoL) scales, which have been recently developed to specifically assess the above patient population, found that memory, energy and physical capabilities, and sex-life were factors most adversely affected by low testosterone levels. “Unfortunately, data are limited on the effects of testosterone on the quality of life of men with hypogonadism. But the existing information suggests that testosterone can improve the quality of life significantly, back to the same level as men with normal testosterone levels. However, the severer the symptoms before treatment the greater are the benefits of the testosterone replacement,” says Dr Sharmila, adding that these promising early results need to be confirmed in more detailed quality of life studies. Even so, Dr Sharmila points out that if the ageing male population is to achieve its aim of active ageing, testosterone deficiency is one of the factors that need to be tackled. Thus, the effects of testosterone deficiency need to be assessed on QoL and the potential benefits of TRT need to be discussed.   The therapeutic trap While TRT might seem like the ultimate anti-ageing formula, its health benefits aren’t entirely clear. “TRT is a life-long therapy once the body gets used to it,” cautions Arooshi. “If it is stopped at any time, the testosterone levels fall down.” Also, despite medical reasons for using testosterone, experts warn that steroid use carries many physical and mental health risks. Dr I Bharat Kumar Reddy believes the positive effects of TRT are debatable and states that in excess, testosterone can cause adverse physical and psychological effects. “Initially, with the increase in muscle mass and changes in an individual’s physical appearance, it can cause a false sense of high confidence and self-esteem. However, that is replaced by mood swings, irritable behaviour, aggression, uncontrollable rage, paranoia, homicidal tendencies, etc.,” cautions the doctor. According to Dr Bharat, high testosterone levels can cause impotence and low sperm count, while damaging the heart muscle and causing enlarged prostate and sleep apnoea. “It can cause acne, swelling at the injection site, which is typically in the gluteal muscles in the buttocks, and increase in tumour size in cancer patients and trigger cancer conditions in normal patients,” adds Dr Bharat.   What testosterone helps maintain in men: •         Density •         Fat distribution •         Muscle strength and mass •         Facial and body hair •         Red blood cell production •         Sex drive •         Sperm production Types of replacement therapy •         There are several gels, with different ways of applying them •         Injection: Testosterone cypionate (depo-testosterone) and testosterone enanthate are given in a muscle or under the skin •         Patch: Testosterone (androderm) is applied each night to your thighs or torso •         Gum and cheek (buccal cavity): Delivers testosterone through the natural depression above your top teeth where your gum meets your upper lip (buccal cavity) •         Nasal: Testosterone gel (Natesto) can be pumped into the nostrils •         Implantable pellets: Theses are surgically implanted under the skin every three to six months   Low production of testosterone, or hypogonadism   Both patients and physicians believe that decreased energy levels and impaired sexual performance were the aspects of hypogonadism that had the greatest impact on quality of life (QoL). In addition, embarrassment makes many men with the hypogonadism symptoms reluctant to discuss these symptoms or seek medical advice. As such, the prevalence of late-onset hypogonadism is probably underestimated.