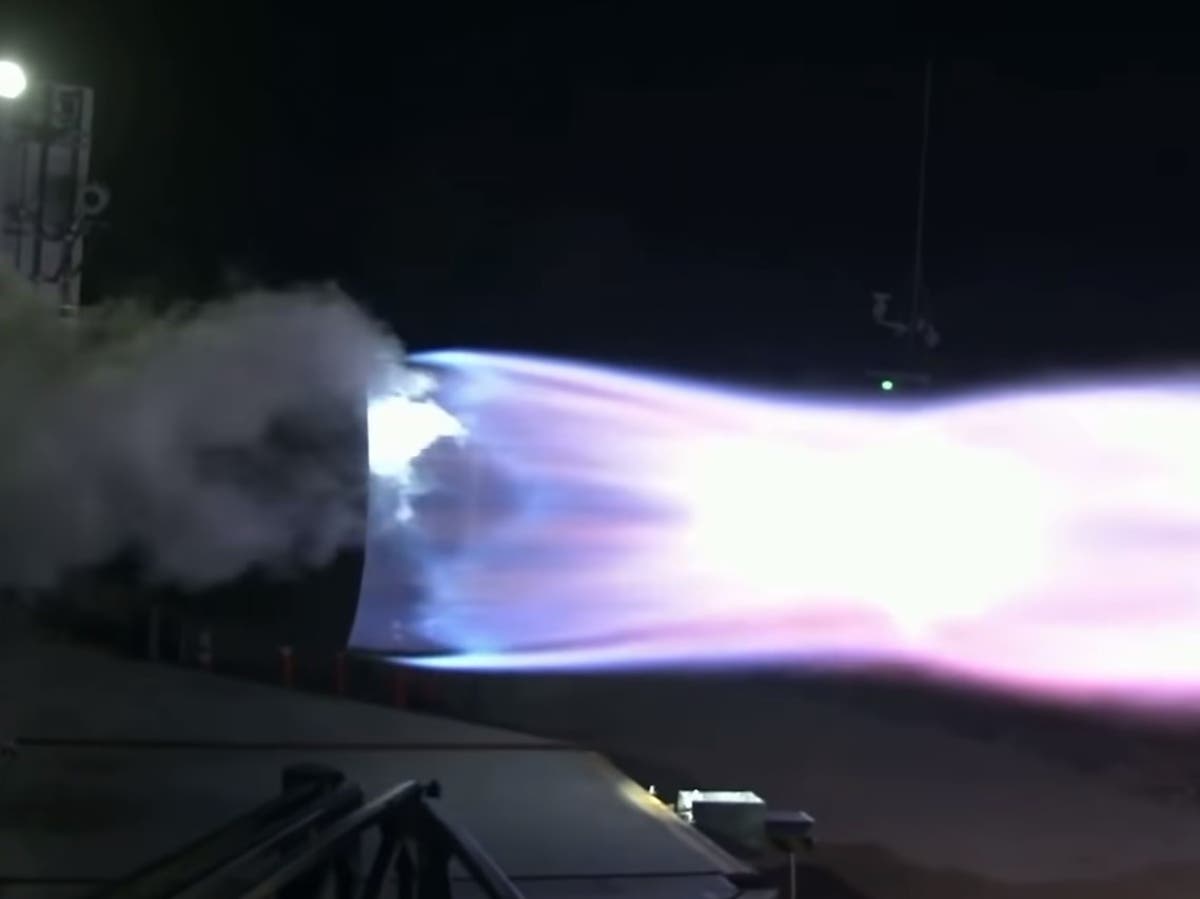 Elon Musk has revealed the date for the first major test of the rocket booster being built to propel the Mars-bound Starship spacecraft into orbit.

The SpaceX CEO said the static fire test of the Booster 3 would take place early next week.

In response to a tweet from space blogger and YouTuber Everyday Astronaut about the expected date of the static fire test, Mr Musk wrote: “Probably Monday.”

Closures are scheduled for the roads surrounding SpaceX’s Starbase facility in Boca Chica, Texas, for Monday between 12pm and 10pm (6pm-4am BST), while back-up dates for testing are also in place for Tuesday and Wednesday.

It will mark a significant step towards the development of an orbit-capable Starship craft and SpaceX’s ambitions to build a rocket that can transport crew and cargo around the Solar System.

More than two months have passed since the successful test of the Starship SN15 prototype, which achieved a high-altitude launch and landing on 5 May.

It was the first Starship iteration to land without exploding after reaching an altitude of 10km.

The next stage of development involves constructing a huge launch tower able to support a Starship craft place on top of a Super Heavy Booster called Booster 4, which will launch after ground testing of Booster 3 is completed.

The orbital flight will take the Starship SN20 craft from Texas to a landing site just off the coast of Hawaii following a 90-minute flight.

Regulatory hurdles remain the biggest obstacle to the launch taking place, which Mr Musk hopes will take place as early as August.

Spacex crews are currently undergoing a thorough inspection for SuperHeavy Booster 3’s first static fire tomorrow, raptors and SuperHeavy itself are currently being worked on 📸-7/14/21 pic.twitter.com/ShHSTgge7V

An environmental review of the launch tower by the US Federal Aviation Administration (FAA) may mean that it needs to be disassembled.

An FAA spokesperson said this week that it had not been informed of the construction and that “the company is building the tower at its own risk”.

After securing a multi-billion dollar deal with Nasa earlier this year to take astronauts to the Moon, SpaceX is on a tight schedule to deliver a working Starship by 2024.