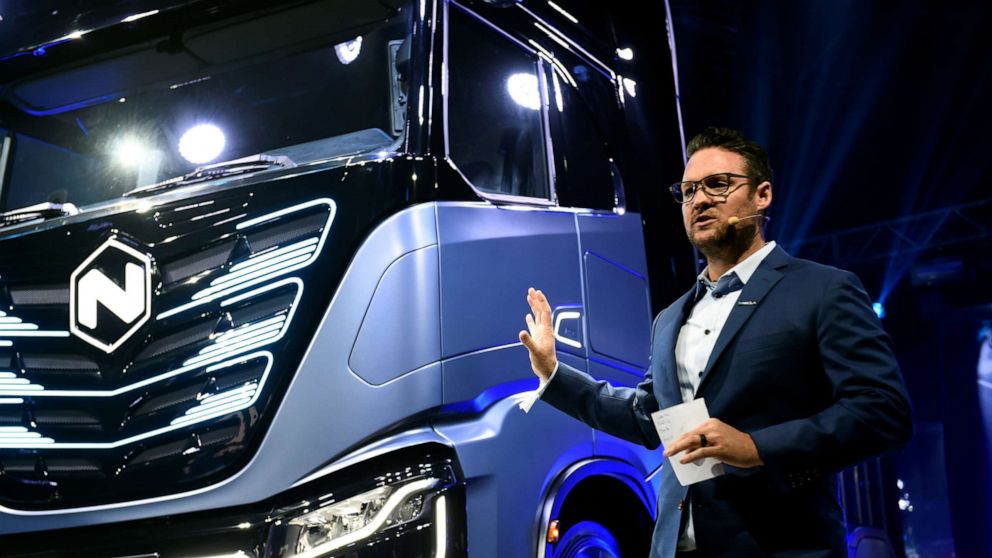 In a nearly 50-page indictment, prosecutors accused Milton of preying on vulnerable retail investors who had turned to trading after losing income due to the pandemic. In some cases, these victims lost their retirement savings, authorities said, as they outlined his web of false promises related to an electric truck that was never operable.

Milton pleaded not guilty on Thursday after being taken into custody and was released on a $100 million bond. A spokesperson for his legal team maintained that Milton is innocent in a statement to ABC News Thursday, calling the situation “a new low in the government’s efforts to criminalize lawful business conduct.”

“Mr. Milton has been wrongfully accused following a faulty and incomplete investigation in which the government ignored critical evidence and failed to interview important witnesses,” the statement added. “From the beginning, this has been an investigation in search of a crime. Justice was not served by the government’s action today, but it will be when Mr. Milton is exonerated.”

Authorities had been investigating Milton and Nikola for more than a year after short seller Hindenburg Research called the firm an “intricate fraud” in a September report.

The company subsequently conceded video of its electric truck gave a misleading impression it was actually drivable. The company also said Milton had made inaccurate statements about the technology behind the vehicle. Federal prosecutors agreed.

The false promotional video for the semi-truck prototype known as Nikola One was referenced heavily in the indictment. The concept included a shot of the Nikola One coming to a stop in front of a stop sign, according to the indictment.

“In order to accomplish this feat with a vehicle that could not drive, the Nikola One was towed to the top of hill, at which point the ‘driver’ released the brakes, and the truck rolled down the hill until being brought to a stop in front of the stop sign,” prosecutors wrote. “For additional takes, the truck was towed to the top of the hill and rolled down the hill twice more.”

Phoenix-based Nikola planned to build battery- and hydrogen-fuel cell-powered heavy trucks for long-haul trucking and the company had been valued at more than $12 billion. The doubts raised by short sellers and regulators have tanked the stock price and scuttled a deal with General Motors to take a stake in the company.

Nikola said in a statement, “Trevor Milton resigned from Nikola on September 20, 2020 and has not been involved in the company’s operations or communications since that time. Today’s government actions are against Mr. Milton individually, and not against the company. Nikola has cooperated with the government throughout the course of its inquiry.”

Prosecutors said Milton lied at every turn about the company’s ability to produce its electric truck.

According to the indictment, Milton made false and misleading statements about the company’s success in creating a fully functioning Nikola One prototype when he knew that the prototype was inoperable. He also made false statements about an electric- and hydrogen-powered pickup truck known as the Badger using Nikola’s parts and technology when he knew that was not true, the indictment claimed.

“Among the retail investors who ultimately invested in Nikola were investors who had no prior experience in the stock market and had begun trading during the COVID-19 pandemic to replace or supplement lost income or to occupy their time while in lockdown,” prosecutors wrote.

When it emerged that Milton’s statements were false and misleading, the value of Nikola’s stock plummeted.

“As a result, some of the retail investors that Milton’s fraudulent scheme targeted suffered tens and even hundreds of thousands of dollars in losses, including, in certain cases, the loss of their retirement savings or funds that they had borrowed to invest in Nikola,” the indictment added.