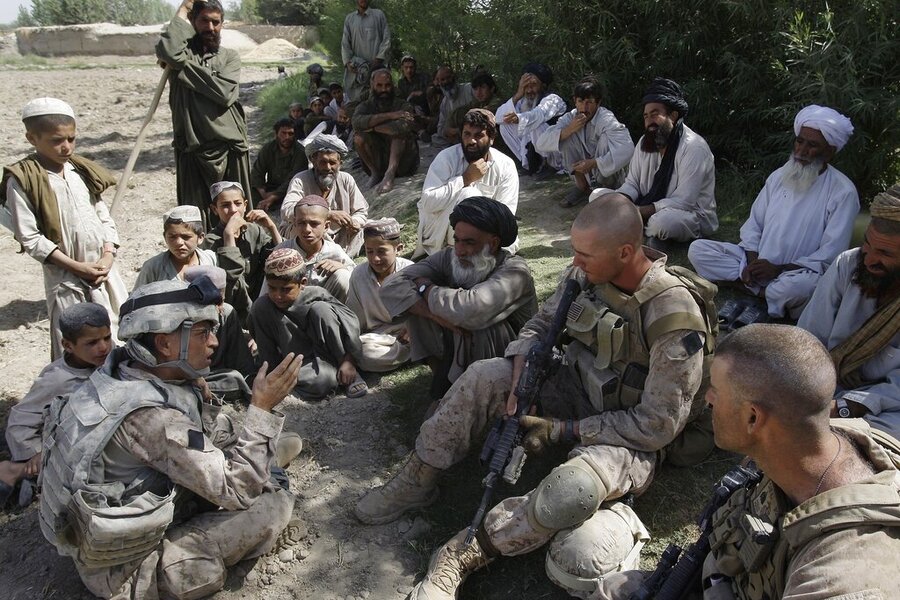 The first flight evacuating Afghans who worked alongside Americans in Afghanistan brought more than 200 people, scores of them children and babies in arms, to new lives in the United States on Friday, and President Joe Biden said he was proud to welcome them home.

The launch of the evacuation flights, bringing out former interpreters and others who fear retaliation from Afghanistan’s Taliban for having worked with American service members and civilians, highlights American uncertainty about how Afghanistan’s government and military will fare after the last U.S. combat forces leave that country in the coming weeks.

Family members are accompanying the interpreters, translators, and others on the flights out.

The evacuation flight, an airliner, carried 221 Afghans under the special visa program, including 57 children and 15 babies, according to an internal U.S. government document obtained by The Associated Press.

It touched down in Dulles, Virginia, just outside Washington, D.C., after midnight, according to the FlightAware tracking service.

Mr. Biden called the flight “an important milestone as we continue to fulfill our promise to the thousands of Afghan nationals who served shoulder-to-shoulder with American troops and diplomats over the last 20 years in Afghanistan.” He said he wanted to honor the military veterans, diplomats, and others in the U.S. who have advocated for the Afghans.

“Most of all,” Mr. Biden said in a statement, “I want to thank these brave Afghans for standing with the United States, and today, I am proud to say to them: ‘Welcome home.’”

Secretary of State Antony Blinken and Secretary of Defense Lloyd Austin lauded the Afghans for their work alongside Americans and said their arrival demonstrates the U.S. government’s commitment to them.

But a refugee agency said the Biden administration appeared to be still scrambling to figure out the resettlement of thousands more of the Afghans, and it urged Mr. Biden to bring them quickly to the U.S. or a U.S. territory, such as Guam.

“To date, there is simply no clear plan as to how the vast majority of our allies will be brought to safety,” Krish O’Mara Vignarajah, president of the Lutheran Immigration and Refugee Service resettlement agency, said of the Afghan interpreters.

“We cannot in good conscience put them at risk in third countries with unreliable human rights records, or where the Taliban may be able to reach them,” the resettlement official said.

The Biden administration calls the effort Operation Allies Refuge. The operation has broad backing from Republican and Democratic lawmakers and from veterans groups. Supporters cite repeated instances of Taliban forces targeting Afghans who worked with Americans or with the Afghan government.

Congress on Thursday overwhelmingly approved legislation that would allow an additional 8,000 visas and $500 million in funding for the Afghan visa program.

Alabama Sen. Richard Shelby, the top Republican on the appropriations panel who negotiated the legislation with the Democrats, said it would be “shameful” not to help the Afghan allies and that they could be killed by the Taliban as the U.S. withdraws.

Senate Republican leader Mitch McConnell said senators “intend to keep our nation’s promises to brave Afghans who have taken great risks to help America and our partners fight the terrorists.”

The House overwhelmingly passed separate legislation last week to provide the visas, 407-16. The Pentagon says the troop withdrawal is more than 95% complete and is to be finished by Aug. 31.

Mr. Biden announced earlier this year the U.S. would withdraw all its troops from Afghanistan by Sept. 11, honoring a withdrawal agreement struck by former President Donald Trump. He later said the U.S. military operation would end on Aug. 31, calling it “overdue.” Some administration officials have expressed surprise at the extent and speed of Taliban gains of territory in the countryside since then.

Mr. Biden said that although U.S. troops are leaving Afghanistan, the U.S. will keep supporting Afghanistan through security assistance to Afghan forces and humanitarian and development aid to the Afghan people.

The newly arrived Afghan people will join 70,000 others who have resettled in the United States since 2008 under the special visa program.

Subsequent flights are due to bring more of the roughly 700 applicants who are farthest along in the process of getting visas, having already won approval and cleared security screening.

The first arrivals were screened for the coronavirus and received vaccines if they wanted them, said Tracey Jacobson, the U.S. diplomat running the effort. They were expected to stay at Fort Lee, Virginia, for about seven days, completing medical exams and other final steps, Ms. Jacobson said. Resettlement organizations will help them as they travel to communities around the United States, with some bound for family members already here, she said.

‘I need to vote.’ Why more Asian Americans are staking a political claim.