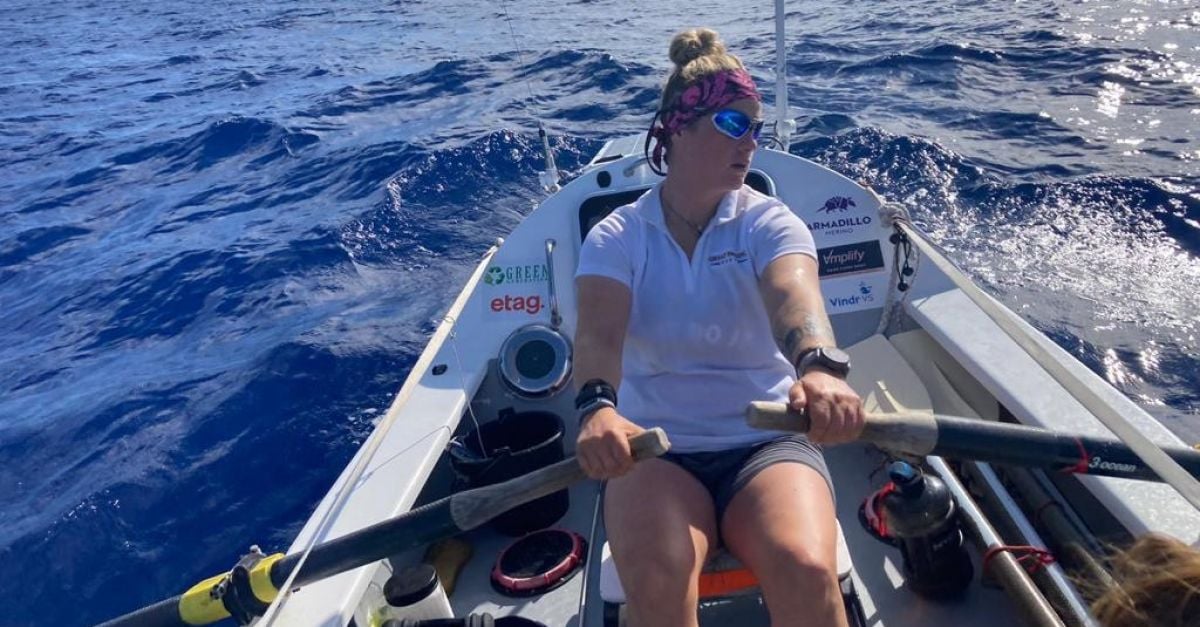 An Irish woman from Co Mayo has broken a world record along with her two crew mates, after rowing 2,400 nautical miles from San Francisco to Hawaii.

Orlagh Dempsey moved to Dubai four years ago and now works as a PE teacher there. She was asked to join the Girls Who Dare crew and take part in the Great Pacific Race just after Christmas.

In a post on Instagram, the Great Pacific Race said: “The women-only crew broke the current world record with a time of 60 days, 13 hours and 13 minutes, with an average speed of 1.43 knots.”

The Girls Who Dare website said: “Vicki Anstey, Jane Leonard and Orlagh Dempsey are raising awareness of the many opportunities that exist for girls and women to step outside their comfort zones and live their lives to full – at the same time as raising funds for their three charities.”

Orlagh’s friend, Caitriona Costello told Breakingnews.ie: “She has always been athletic, having played soccer for Manulla FC ladies since she was a child up until she left for Dubai. In Dubai she plays rugby for the Sharks and is their captain as well.

“For the past 60 days they have rowed four hours on and slept for two, all day every day.”

According to Orlagh, the three girls only met as a trio for the first time just days before their departure, having never rowed before.

She said: “They have not stepped off the boat since their departure, and have endured some horrendous weather conditions since they began. All they have eaten is dehydrated food bars, and they celebrated with a mini bottle of champagne when they reached the halfway point.”

The three charities they are doing it in aide of are Inspiring Girls USA, the Harlequins foundation and Mates in Mind.

Inspiring Girls USA launched in 2020 and is now working with girls from coast-to-coast in the US, the Harlequins Foundation is an independent charity of which Vicki Anstey is an ambassador, and finally UK charity Mates in Mind aims to provide clear information to employers about the available support and guidance on mental health and well-being.

Speaking about their journey, the Girls Who Dare crew said: “We want to be a relatable example to young girls showing that they can dream big, dare to believe in those dreams, and do whatever it takes to make those dreams a reality.

“We all face challenges in life, and it’s knowing how to keep going when times are tough, and everything seems overwhelming that makes achieving big goals possible.

“The values of Inspiring Girls align so well with our own philosophy in taking on this challenge, and we hope we can inspire girls everywhere looking for a challenge.” “There are millions of women out there doing amazing things, and young girls should be able to look to them to realise how many possibilities they have in life.”

The Great Pacific Race itself, with a distance of 2,400 nautical miles, is one of the toughest races on earth.

Teams are made up of three or four crew all competing in identical boats, who are entirely self-supported and unassisted from the start gun in San Francisco until the finishing line in Hawaii.

Orlagh’s crew mates include Vicki Anstey (43) who appeared on the TV show SAS: Who Dares Win and also runs her own fitness business.

The other crew member Jane Leonard (37), has had a 10-year career in the British Army, joining the Royal Engineers and becoming the first female physical training instructor within the regular service.

Delta not specifically targeting children: WHO

Excess use of antibiotics may cause health crisis in India: Expert

Do I need to get tested for COVID-19 if I’m vaccinated?

What’s worse, a lie or a secret?