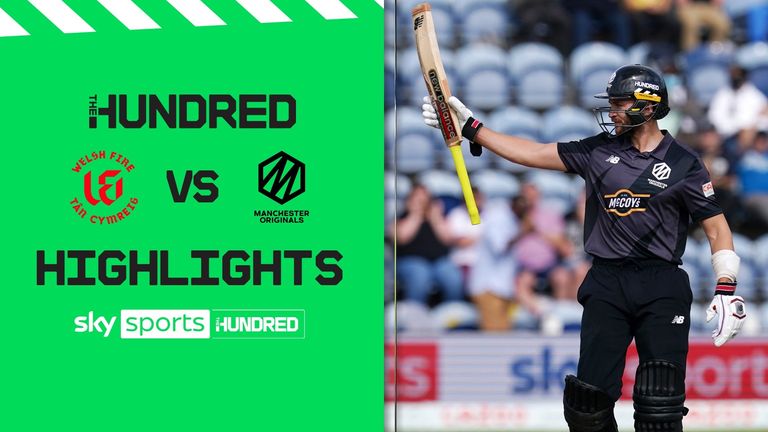 STORY OF THE MATCH

Joe Clarke provided the spark for Manchester Originals in Cardiff on Saturday afternoon with his thrilling 58 off just 31 balls helping his side inflict a first defeat of the campaign on Welsh Fire.

Clarke thumped four sixes and as many fours and reached fifty from 25 balls as he bossed a stand of 94 from 50 balls with opening partner Phil Salt (30 off 26) as Originals made a rapid start in their chase of 151.

Clarke is playing some knock for #ManchesterOriginals! 👌

Watch it live on Sky Sports The Hundred NOW! 📺

Originals eventually reached their target with five balls to spare – Colin Munro (33 off 27) with the winning boundary – as a Welsh Fire side missing Jonny Bairstow due to England duty lost for the first time after starting the season with wins over Northern Superchargers and Southern Brave.

Originals’ victory was their second in four games, with the men from Emirates Old Trafford also having suffered defeat to Oval Invincibles and seen their game with Superchargers rained off.

Originals are now up to second in the table, one point ahead of third-placed Fire, albeit having played one game more.

Clarke with 58 from 31 balls for Originals 💪

Boy does Clarke hit the ball hard! Just ask Salt, who had the misfortune of being smashed at the non-striker’s end as Clarke looked to hammer a boundary down the ground off Matt Critchley.

That denied Clarke four but he picked up eight boundaries in total, including four crunching sixes – two down the ground off Critchley and one each off Qais Ahmad and David Payne over the leg-side.

There was touch as well as brutality from Clarke – an exquisite cover-driven four off Critchley showing that in spades – and on this evidence, it is easy to see why many believe the right-hander should be firmly on England’s radar.

The absence of captain Bairstow handed Leus du Plooy his Welsh Fire debut – and the batter made the most of it with an entertaining 43 off 22 balls.

The left-hander struck four sixes in his knock – two off leg-spinner Matt Parkinson after advancing down the wicket, one off Lockie Ferguson’s 90mph-plus delivery and another off Steven Finn.

Ferguson's quick ball is dumped into the stands by Du Plooy – what a shot for six! 👌#WelshFire 🔴 | #ManchesterOriginals ⚫ | #TheHundred 💯 | #RainbowLaces 🌈

Du Plooy’s Derbyshire team-mate Critchley also impressed with the bat, scoring 30 from just 17 balls and putting on 60 from just 32 balls. Fire were on 71 from 60 balls but then blazed 79 from their next 40, principally through Du Plooy and Critchley’s efforts, to reach 150 from 100 balls.

Critchley did not have such fun while bowling – the wicket of Salt aside – with Clarke going six, four, six off the leg-spinner at one stage and Colin Ackermann (17 off 13) hitting crucial back-to-back boundaries off him later on.

🤔 ORIGINALS ON COURSE FOR WIN? 🤔

Fire are set to be without Bairstow for the rest of the tournament due to England duty and there will be concerns about seamer Jake Ball, who left the field with an injury of some kind after bowling just 10 deliveries.

The paceman had sent down crucial spells at the death in Fire’s wins over Superchargers and Brave so the Welsh team will be hoping he is back soon.

If he had bowled at the end on Saturday afternoon, who knows what difference he could have made…

Originals spinner Ackermann fielded brilliantly off his own bowling to dismiss Fire captain Ben Duckett for 32 off 21 halls. Ackermann ran to his left after Duckett knocked into the off-side and then shot down the stumps at the bowler’s end as he turned and threw. Duckett short of his ground and his innings over. 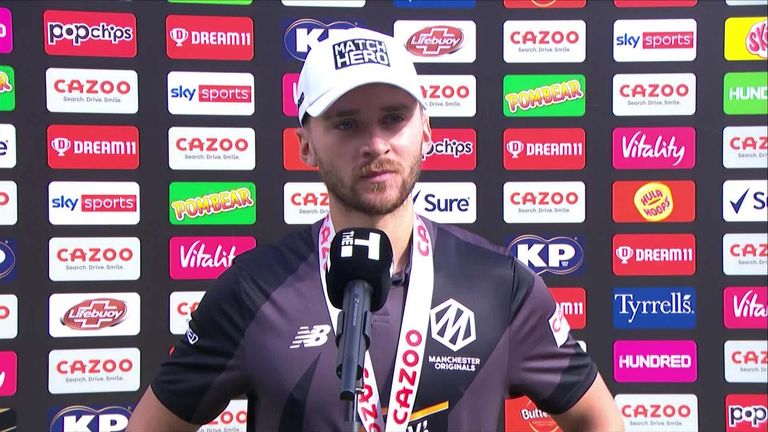 Hero of the Match, Joe Clarke: “I think I have [taken my game to another level]. I had the experience of playing some franchise cricket in the winter and the responsibility of being an overseas player. That makes you a more mature and better player. I’m not sure [where I am in England’s plans]. I am just trying to enjoy my cricket with Nottinghamshire and in The Hundred and hoping I can contribute every time I go out to bat.”

Manchester Originals captain Carlos Brathwaite: “The message in the dressing room was that Fire were probably 15 runs short. The way our boys batted proved that. Clarke was fantastic. He has rubbed shoulders with guys in franchise cricket and he really backed his ability. The partnership with Salt won us the game. Phil stuck in and was a big part of that even though it was not a typical Salt innings.” 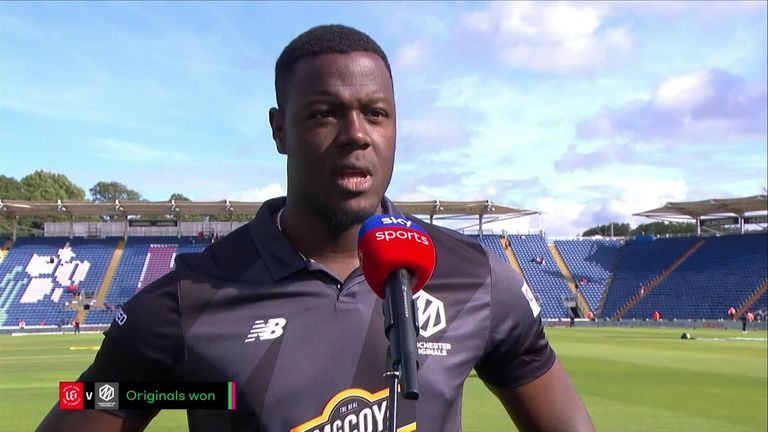 Welsh Fire captain, Ben Duckett: “We were happy at halfway. The ball was turning a little bit so to get to 150 was a great effort. I thought Originals were cruising halfway through their innings so I thought we did extremely well to drag it back but couldn’t get over the line in the end. Captaincy was hectic but I really enjoyed it. It was not ideal for one of your best bowlers (Ball) to go down early on.”

Sky Sports’ Michael Atherton: “Clarke’s problem is the strength of England’s white-ball cricket. It’s not an easy side to get into. In the end, I think his talent will shine through. It’s not been a completely straightforward path for him – he has had one or two off-field issues – but I think he is maturing fast and is in a good place. He is a very clean hitter of the ball.”

Watch The Hundred live on Sky Sports between now and August 21.

Mary Kom bows out after losing to Ingrit Valencia