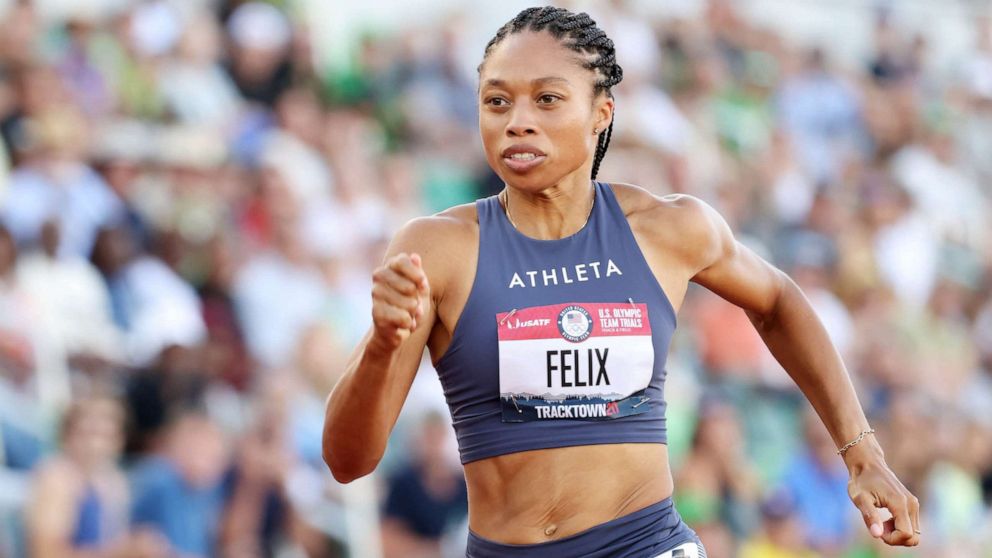 One medal and Olympic sprinter Allyson Felix could make history. Two, and she’ll smash another record.

The 35-year-old U.S. track star has won nine medals across four Olympics — the most out of any female athlete in U.S. track and field history.

If she picks up her 10th in Tokyo, she would have more than any female Olympic track and field athlete ever, besting the record currently held by Jamaica’s Merlene Ottey.

If she wins two medals at the games, Felix would have the most medals out of anyone in U.S. Olympic track and field history, surpassing legend Carl Lewis’ record of 10.

The Los Angeles resident is competing in the 400-meter after finishing second at the U.S. Olympic Team Trials for track and field last month with a season-best time of 50.02 seconds.

The mixed relay is first up on the schedule. The U.S. team will compete in Saturday’s final, after placing first in their preliminary heat on Friday. The team, which didn’t include Felix for that race, was initially disqualified over an exchange zone foul but later reinstated.

The legendary athlete is one of the most decorated in her sport. She has won six golds and three silvers in sprinting events at the games, starting with silver in the 200-meter in her Olympic debut as a teenager at the 2004 Athens Games.

In 2019, just 10 months after giving birth to her daughter, Felix broke the record for most gold medals of any athlete at the track and field world championship, when she clinched her 12th and 13th world titles.

The mom has been a prominent voice against gender inequality in sports. Writing in The New York Times in 2019, Felix detailed her lack of maternity protections with her then-sponsor Nike after giving birth to her daughter, Camryn. Following the publication of the opinion piece, Nike announced a new maternity policy for all sponsored athletes.

She recently launched a lifestyle brand, Saysh, that she says was inspired by her experience with “gender injustice” during her journey to motherhood.

She also has teamed up with apparel company Athleta and the Women’s Sports Foundation to launch The Power of She Fund: Child Care Grants, which help cover child care costs for professional mom-athletes traveling to competitions.