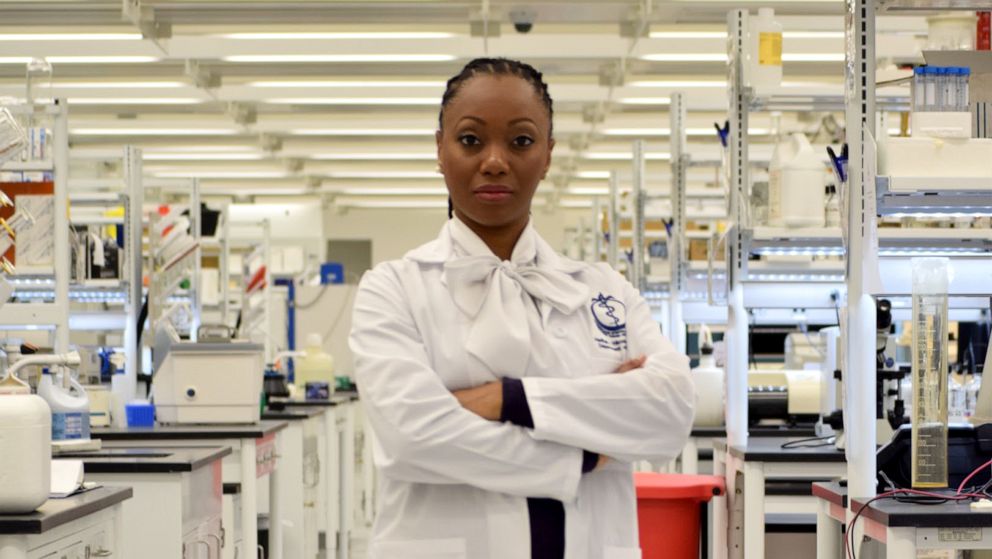 For the last five years, Dr. Hadiyah-Nicole Green, a physicist and cancer researcher, has fought to fund her cancer treatment technology.

Green has peer-reviewed studies on her research, which is still in the early stages, and has also received a $1.1 million grant from the Department of Veterans Affairs.

But that research is now on hold due to a lack of funding. Green said she needs to launch human clinical trials, and to do that, she said, will cost some $90 million.

Green launched her nonprofit to support her research, the Ora Lee Smith Cancer Research Foundation in 2016 after her beloved aunt and uncle died from cancer.

Some of those heading up Black-led health nonprofits and organizations told ABC News of the constant battle for them as smaller, minority-focused health care nonprofits to get government funding and attention from potential corporate sponsors who typically focus on mammoth nonprofits like Susan G. Komen and the American Cancer Society.

Several studies and data show that systemic racism permeates the health care nonprofit and research world and some say that could stymie lifesaving medical solutions and impede the on-the-ground work nonprofits do for health and wellness in underrepresented communities.

‘Biased against people of color’

Researchers looking at disparities in philanthropic funding in the 2017 Stanford Social Innovation Review report revealed that nonprofit foundation leaders of color having inequitable access to social networks is a major barrier in accessing funding. Some 92% of U.S. foundation presidents are white, and some 75% of white people have entirely white social networks, the researchers wrote.

Bias in funding “absolutely” has the potential to keep lifesaving medical solutions from emerging, said Dr. Tshaka Cunningham, a former Department of Veterans Affairs scientific program manager who was instrumental in securing Green’s $1.1 million grant, and sits on the board of her foundation.

“In the whole scientific enterprise it’s difficult to achieve funding and historically found to be biased against people of color. Sometimes when you have data that is really good, the status quo doesn’t believe you,” said Cunningham, a molecular biologist and co-founder of TruGenomix Inc., a biotechnology company.

He said bias also exists in the entire nonprofit grant process as well as with mentorship, which can help form strategic connections to secure funding.

Green’s predicament is shared by other Black scientists and researchers, who are often met with closed wallets, whether they launch a nonprofit or a for-profit startup. Brian Brackeen, founder of Lightship Capital, a venture capital fund serving underrepresented entrepreneurs, and an expert in funding Black startups, discussed the funding woes of yet another Black woman with a health care innovation.

Brackeen said Davielle Jackson, a health care entrepreneur, could not secure funding for her invention, highly absorbent menstrual panties. He said his firm led her first round of funding and that she is now making revenue as a successful business.

But, Brackeen said: “The question is why wasn’t she invested in before?”

He said the funding situation is similar with Black entrepreneurs as with Black-led nonprofits, “[With] women or minority founders, they’re simply told [by potential investors] ‘you don’t fit this exact box, and I’m not going to help you fit it,'” Brackeen said.

Green set out on a mission to use her Ph.D. in physics from Alabama A&M University, as well as her research with optics and laser technology, to defeat the disease that remains the second-leading cause of death in the U.S. She used the $1.1 million grant to carry out initial research at the Morehouse School of Medicine.

“It has already demonstrated complete elimination of human cancer in laboratory mice after one 10-minute treatment over the course of 16 days with no observable side effects; no chemo, no radiation, no surgery. It is a game-changer for solid tumors,” she said.

Despite these promising early results, she has not been able to attract corporate or government interest in her research.

In a 2011 study published in the peer-reviewed journal Science, researchers found that Black applicants are 13% less likely to receive National Institutes of Health research funding compared to white applicants. The study concluded that factors including “perception of scientific merit,” lack of diversity among grant reviewers and where an applicant attended school can influence who receives grants, all of which can place underrepresented groups at a disadvantage.

The NIH set out to make the grant process more equitable in 2014 including appointing its first chief officer of scientific workforce diversity and establishing the NIH Scientific Workforce Diversity Office.

As of 2020, the funding gap has narrowed, but African American/Black applicants are still 7% less likely to receive R01 (or equivalent) grants than white applicants, according to the latest data from NIH. R01 grants are described by NIH as “mature research projects that are hypothesis-driven with strong preliminary data.”

The landmark analysis quantified what many Black scientists already suspected, and sparked calls for policy intervention to address the funding gap. A follow-up study published in the journal Science Advances in 2019 said the funding rate for white scientists remained 1.7 times higher than for Black scientists. The researchers of this study suggested the funding gulf was due to topic choice, saying Black scientists “tend to propose research on topics with lower award rates.”

The funding obstacles of Black people with health care initiatives stand in stark contrast to the now-infamous Elizabeth Holmes, a young, white woman. Holmes claimed she had developed a revolutionary blood-testing solution that could detect diseases including cancer.

The college dropout had no peer-reviewed publications, advanced degrees or any academic background in cancer research, yet her appeals for funding her health care startup Theranos raked in hundreds of millions from investors, and made her Forbes’ “youngest self-made woman billionaire” in 2015.

She has since faced a litany of fraud charges, to which she and a former partner in the company have pleaded not guilty, and her trial, delayed by the COVID-19 pandemic, remains ongoing.

Holmes received money from private investors largely through her family’s connections. But her access and influence skyrocketed so that even drugstore chain titan Walgreens considered a partnership with Theranos, although the technology had not been vetted, according to a report from the Wall Street Journal.

The disparity between Holmes’ ease in gaining investor and corporate trust versus her own experience has caused frustration for Green and other Black health care nonprofit leaders and researchers, who have faced closed door after closed door.

It’s the “the essence of white privilege,” Cunningham said about Holmes’ ability to secure millions for Theranos.

“Who you know” is also a big part of getting dollars for a private company or a nonprofit foundation like Green’s.

“White Americans are very well-networked,” said Vanessa Greene, chief executive officer of the Grand Rapids African American Health Institute. “And a lot of grants are based on relationships … who you know.”

Green’s research is in the fledgling stage, however, which could also explain her obstacles in raising funding, medical experts who ABC News asked to review a peer-reviewed report of Green’s research told ABC News, as well as the fierce competition to fund such initiatives.

“The funding landscape is so competitive even for super-compelling research that could save the lives of many,” said Dr. John Brownstein, a Harvard epidemiologist and ABC News contributor.

“We’ve been able to tap into some of the local funding … COVID funding, but the funding streams for programs, certainly outside of just COVID have basically been brought to a standstill,” said Fields, a former Manhattan borough president and a 2005 New York City mayoral candidate.

Fields said nonprofits such as hers, are often offered things like computers in lieu of money. “We don’t need computers,” she said. “If you got $3 million on this contract let’s talk about some funding so that we can increase staff with people on the ground,” she said.

Qualcomm to name its next flagship chipset as Snapdragon 898