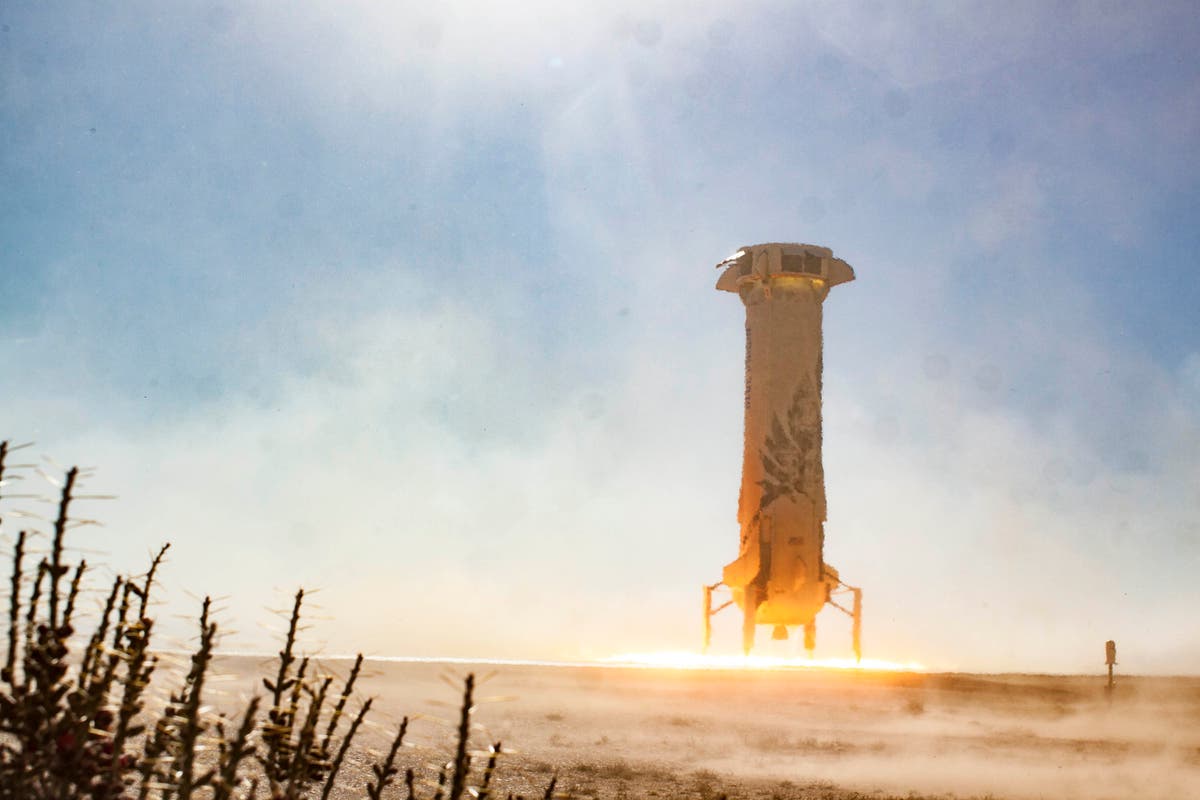 “Best of luck tomorrow!”, the billionaire tweeted, in reply to an announcement from the company that they are ready to fly.

Virgin Galactic, Richard Branson’s private space company which recently touched the edge of space last week, shared a similar message: “Wishing the entire @blueorigin team a successful and safe flight from all of us”, the company tweeted.

Amazon founder Jeff Bezos will take three other passengers off Earth before returning: his brother; an 18 year-old from the Netherlands; and an 82 year-old aviator. The crew includes both the oldest and youngest people to ever leave the planet.

Mr Bezos is aiming to reach an altitude of roughly 66 miles, more than ten miles higher than Richard Branson’s journey last week. The capsule is fully automated, so there is no need for trained staff on the flight, which is expected to last only ten minutes.

Wishing the entire @blueorigin team a successful and safe flight from all of us @VirginGalactic. pic.twitter.com/LSZXk3LoaD

The billionaire has promoted the trip as a breakthrough moment for space tourism, which arguably represents the first time that paying, civilian passengers have been sent to space on board a private rocket. However, many have criticised the trip as indulgent due to the numerous issues on Earth, such as homelessness, poverty, and climate change, that still need to be addressed.

Astonishingly, Mr Besos has said that his critics are “largely right”. In an interview with CNN, the founder was asked about the “chorus of critics [who are] saying that these flights to space are just joyrides for the wealthy, and that you should be spending your time and your money and your energy trying to solve problems here on Earth”.

In response, he said: “Well, I say they’re largely right. We have to do both. We have lots of problems here and now on Earth and we need to work on those. And we always need to look to the future. We’ve always done that as a species, as a civilization. We have to do both.”

He added that if Blue Origin is able to have success with its plan to make space travel as easy as flying in a plane it will help improve life on our planet.

The Independent will be covering the launch of Blue Origin’s rocket live as it happens.