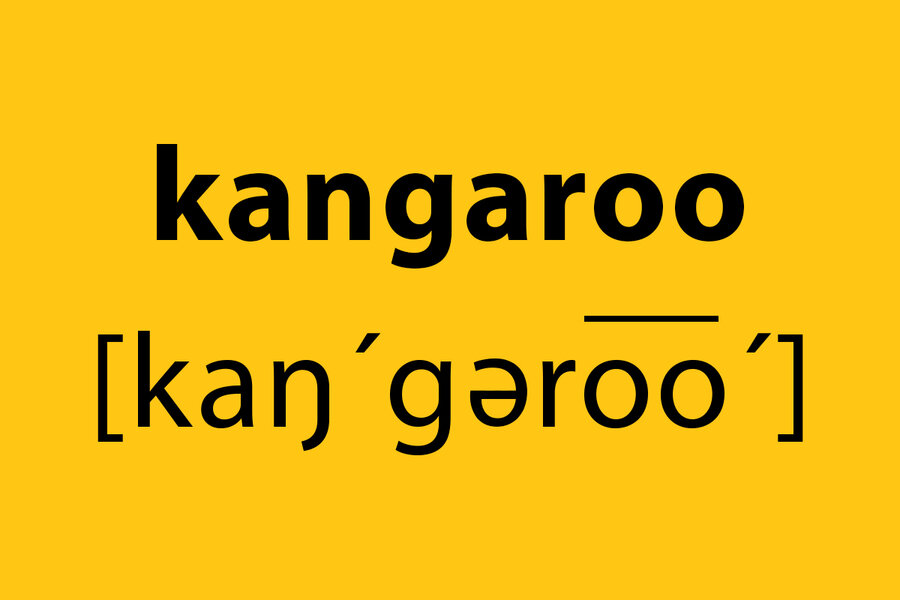 A reader recently introduced me to kangaroo words. You may already know what they are, but if not, it’s kind of fun to try to figure it out from the name and some examples: chicken, masculine, container.

Any guesses? Kangaroo words are ones that contain their own, shorter synonyms or near-synonyms. Chicken includes hen; masculine has two: male and man; and container holds can and tin. These shorter words are called joeys, since they are smaller versions of the longer word and are “carried” within it, just as female kangaroos raise their joeys in their pouches.

There are a few more facets to the definition – otherwise it would be too easy to find these marsupial words. The letters of the joey cannot be contiguous, which rules out roots + affixes, such as reader and unacceptable. Chicken is a kangaroo word, but chick doesn’t count as a joey, though biologically and etymologically chicken is the progenitor of chick. The fact that there is no compelling linguistic reason for joeys is the point – kangaroo words are plain fun.

They can also be puzzles, hard to find even when you know they are there. I managed to stare at the word MAscuLinE for quite a while before finally wondering, “What on earth is a scuin?” even though MALE was screaming in all-caps. That’s the game, though.

These words came to prominence in the 1950s when Ben O’Dell defined the term and challenged readers to find the joeys in words such as indolent and rampage (idle and rage).

Female kangaroos rarely have twins, but marsupial words can have two or even three joeys. Routine has rote and rut, while feasted has triplets: eat, ate, and fed. (Some sticklers would argue that eat doesn’t count, since it’s not in the past tense like the others.)

Some kangaroo words contain a joey within a joey, and these are called grand kangaroos. I prefer to think of these words as turduckens, stuffed within each other just like the holiday dish that consists of a chicken inside a duck inside a turkey. But whether they are grand kangaroo or turducken words, frangible has fragile, which itself includes frail, while expurgate contains purge followed by pure.

Terms that carry their own opposites instead of smaller versions of themselves are called anti-kangaroo words. Some examples: Fabrication holds fact, and courteous, curt.