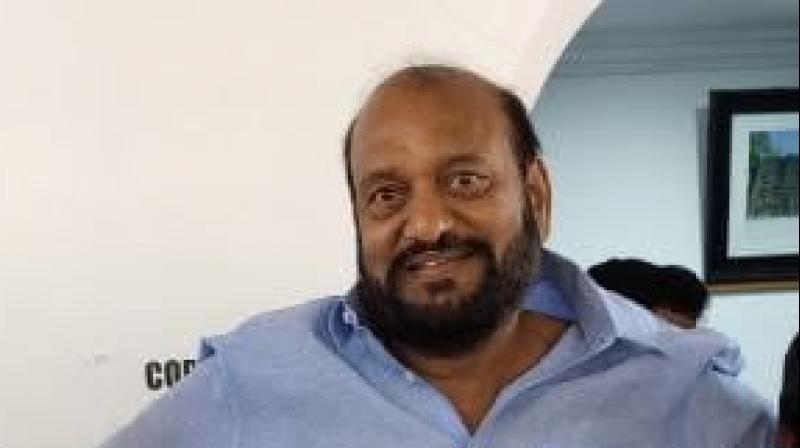 ANANTAPUR: Tadipathri’s former MLA and municipal chairman Prabhakar Reddy has announced a pro-Rayalaseema movement on Sunday. He was the only leader from Telugu Desam to win the recent municipal polls in the state while the YSRC had cakewalk through all the municipalities and corporations in the state.

The new stand by Prabhakar Reddy quickly gained the attention of various political parties and activists.

Prabhakar Reddy desires to reunite senior leaders and various sections including retired officials and engineers under this banner. He met his political rival and former APCC chief Raghuveera Reddy at Neelakantapuram village in Madakasira mandal and invited him to join in the movement.

The two families were feuding for more than a decade, and even during the time YS Rajasekhar Reddy was chief minister. He also met APCC president Sailajanath.

He said the Rayalaseema and connected districts were facing worse situations vis-a-vis irrigation sources for many decades and the region was specially targeted during the water disputes.

“This campaign will be away from politics with a single point agenda for assured water supply to the region for future generations,” Reddy explained. He added that many senior leaders, retired civil servants, engineers and        activists from Rayalaseema will form part of the movement.

Notably, former minister Mysoora Reddy was already raising his voice in support of the demand for a separate Greater Rayalaseema state, in view of the decades-old governmental neglect of the backward region. “Greater Rayalaseema would be the only solution to get justice for the region,” he stated.

A senior leader from the ruling YSRC dismissed the campaign as inconsequential and said the Jagan-led government was keen on ensuring irrigation for the Rayalaseema region through all available sources and would also mount pressure on the Centre on this demand.

Jan. 6 select committee to meet on next steps, move on subpoenas

GOP mask defiance is all about the 2022 ballot box