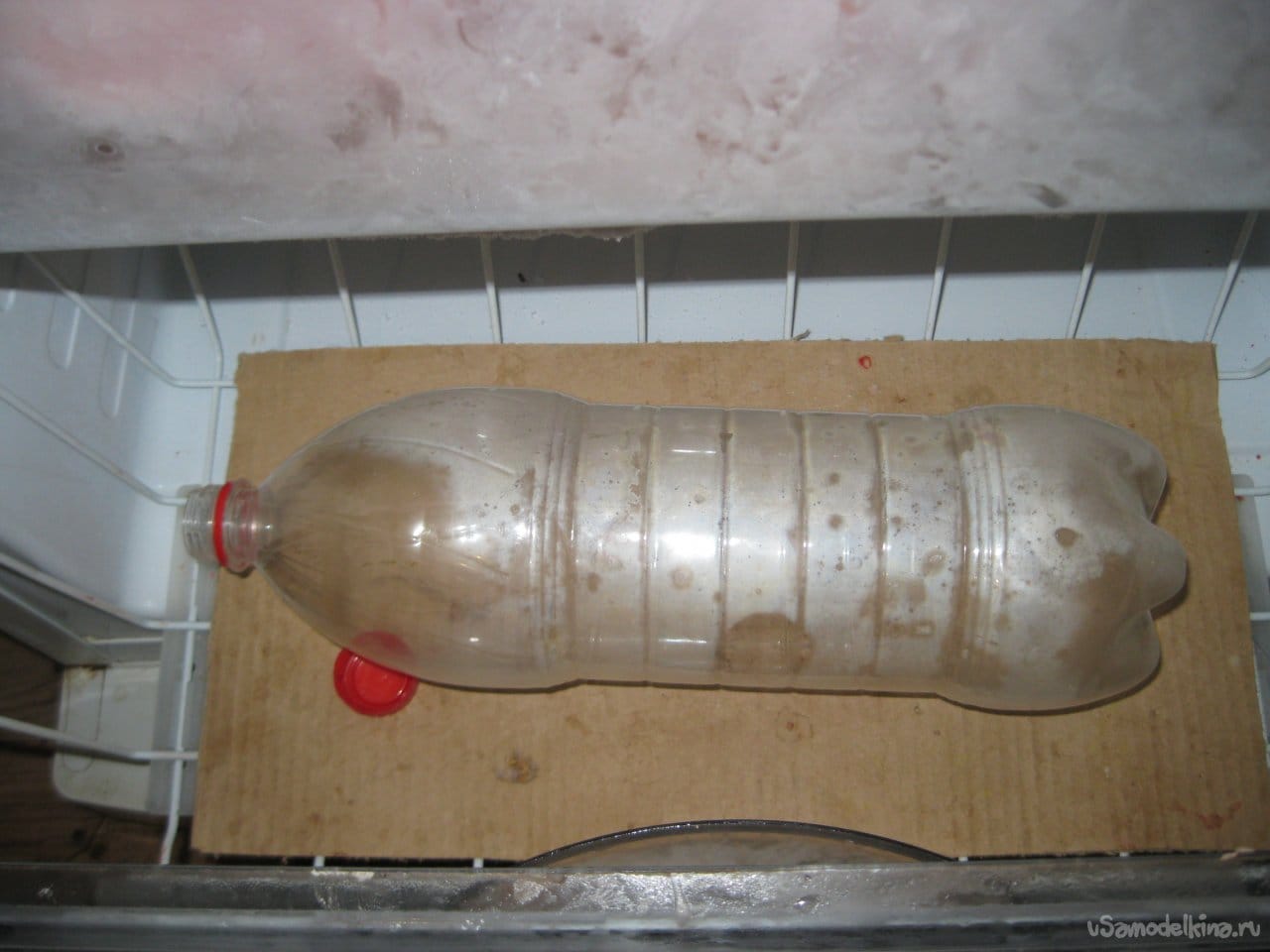 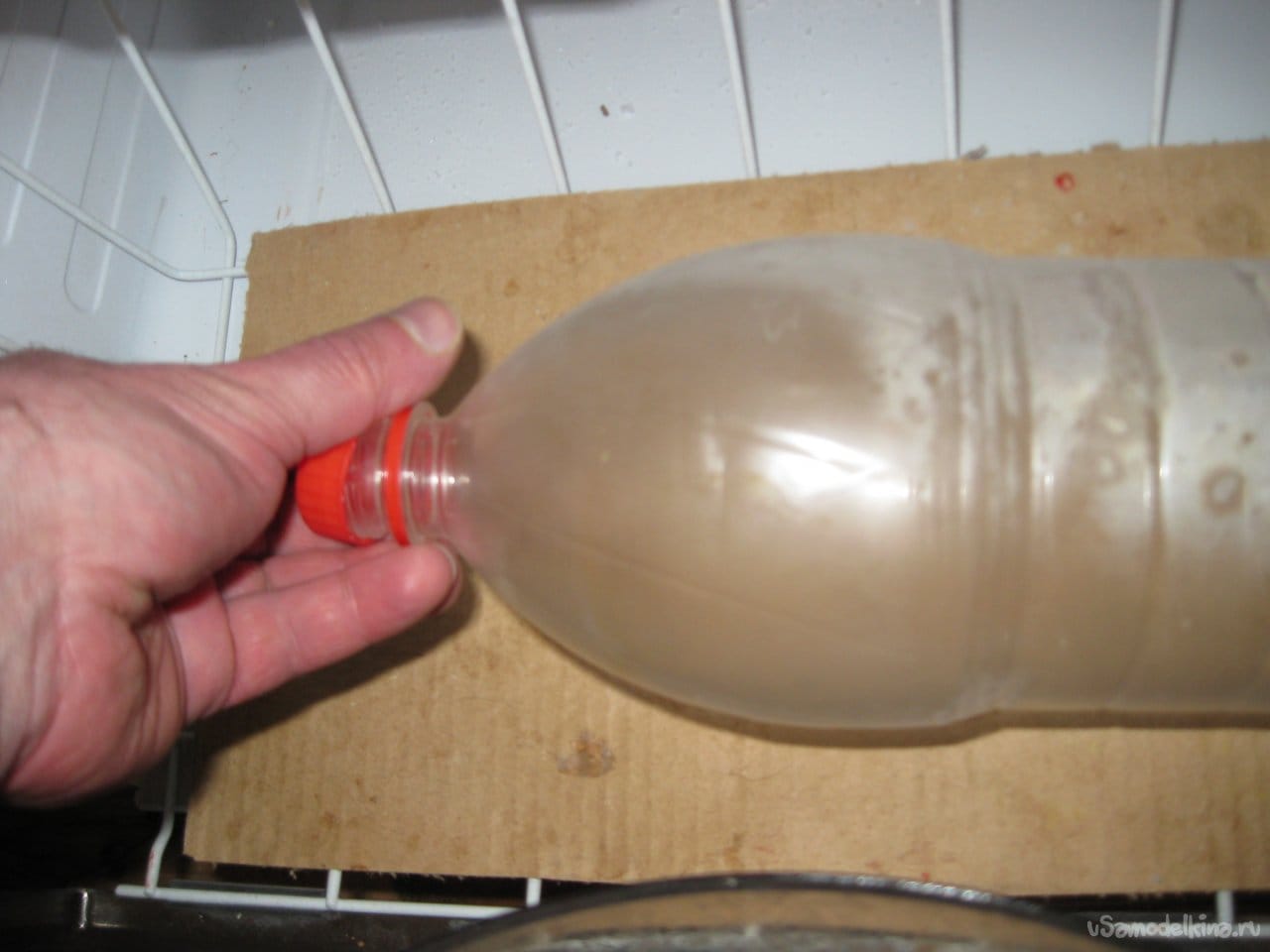 Step 4. We leave our plastic bottle for a few minutes in the room where we are going to use it or outside (provided it is summer outside) so that it warms up.
In just a few seconds, the air pressure in this bottle begins to rise. And in a few minutes, when the air temperature inside the bottle becomes the same as outside, the air pressure in it will reach a maximum.
And this bottle will inflate quite strongly.
If you knock on any object, it will literally ring.
Also the bottle will jingle if you tap it with your finger. 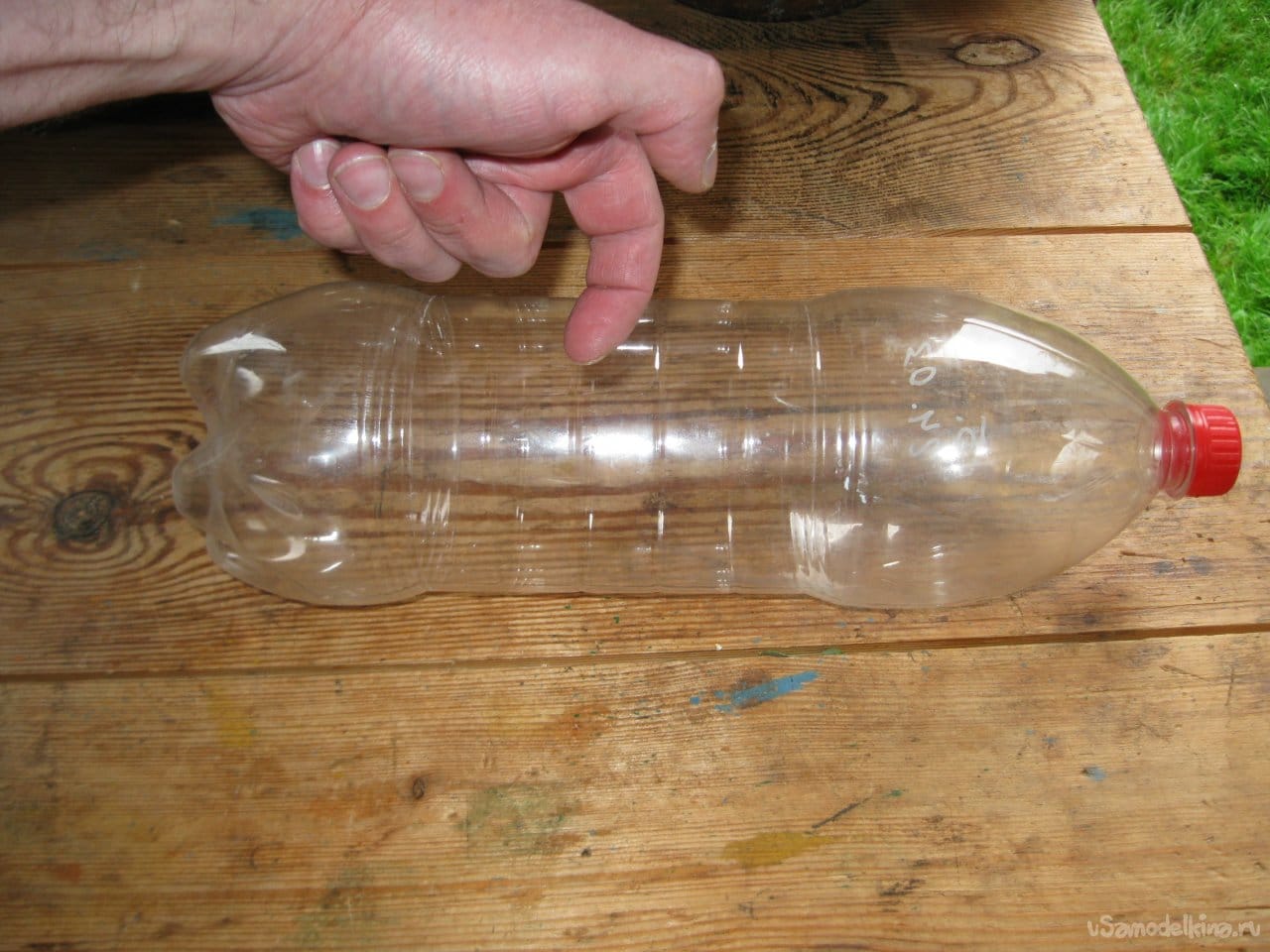 The fact that the pressure in this bottle is quite decent is evidenced by the fact that it practically does not deform under an external load.
For example, I tried to press hard on it with my hand, however, the bottle almost did not deform at all. 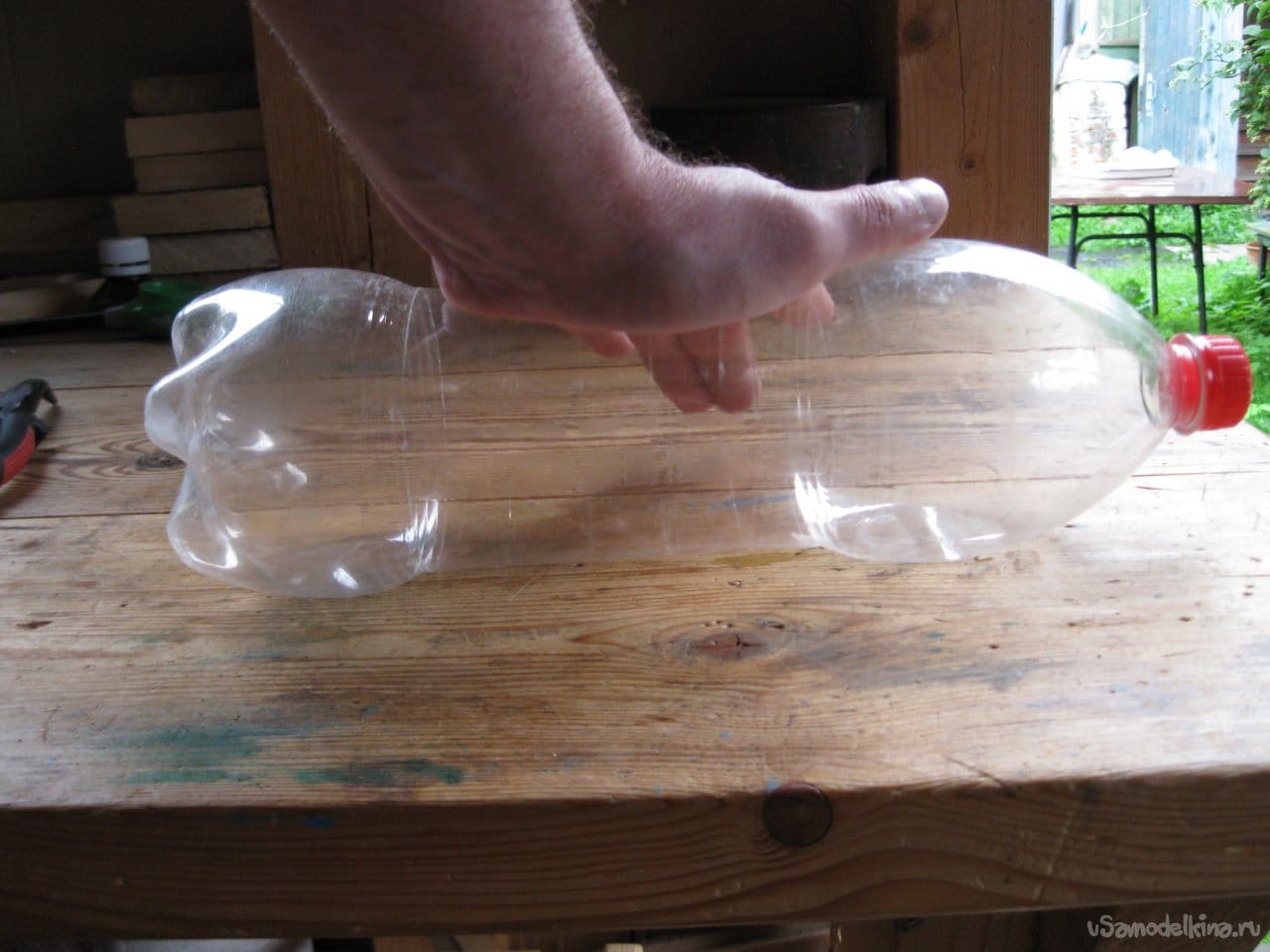 I also tried with all my strength to squeeze this bottle with my hand, but this also practically did not deform it. 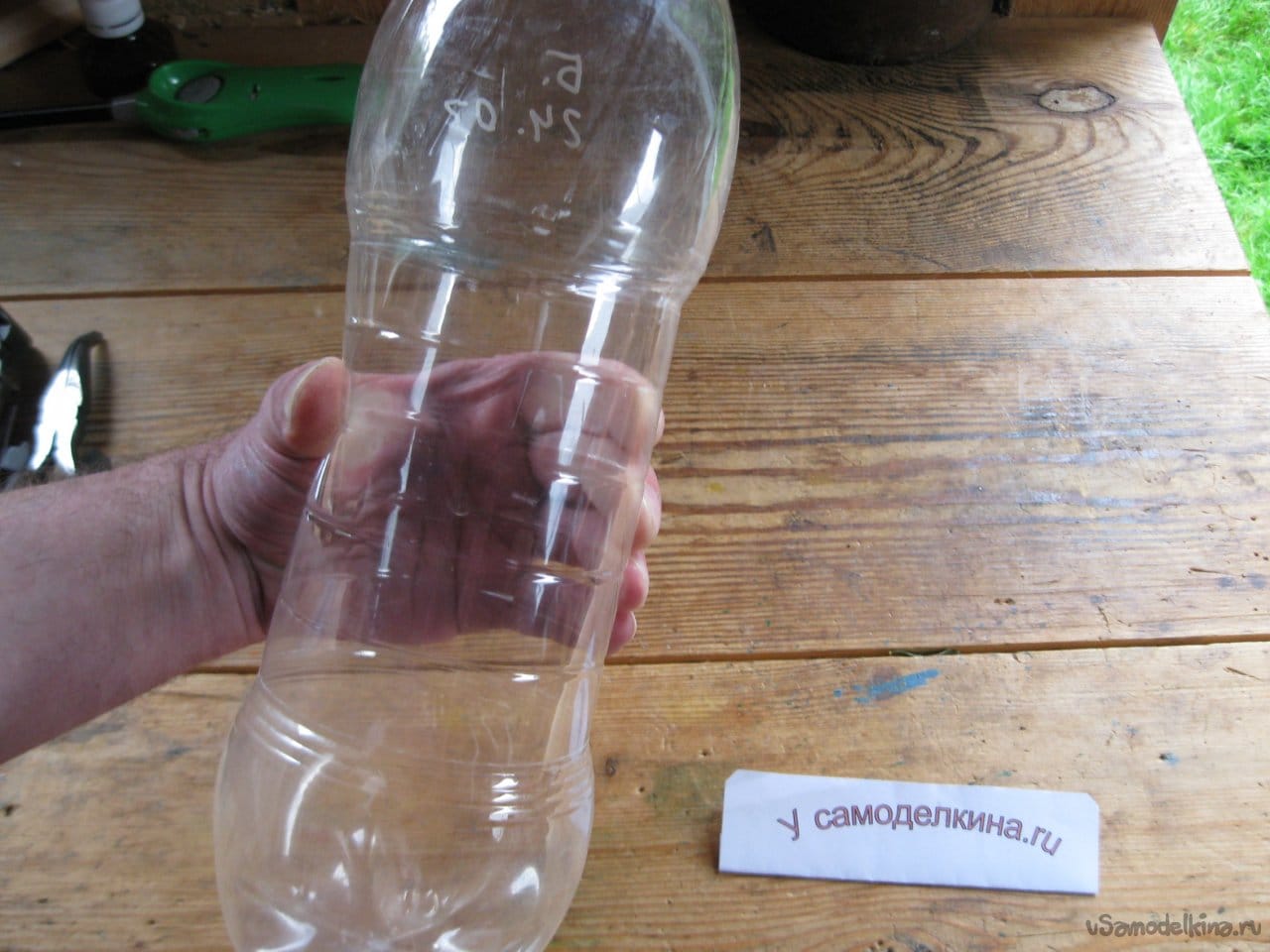 All this suggests that the excess pressure achieved by the method described above is quite enough to significantly increase the rigidity and stability of plastic bottles. This means that such bottles can be used to make furniture or swimming facilities, and possibly for other purposes. 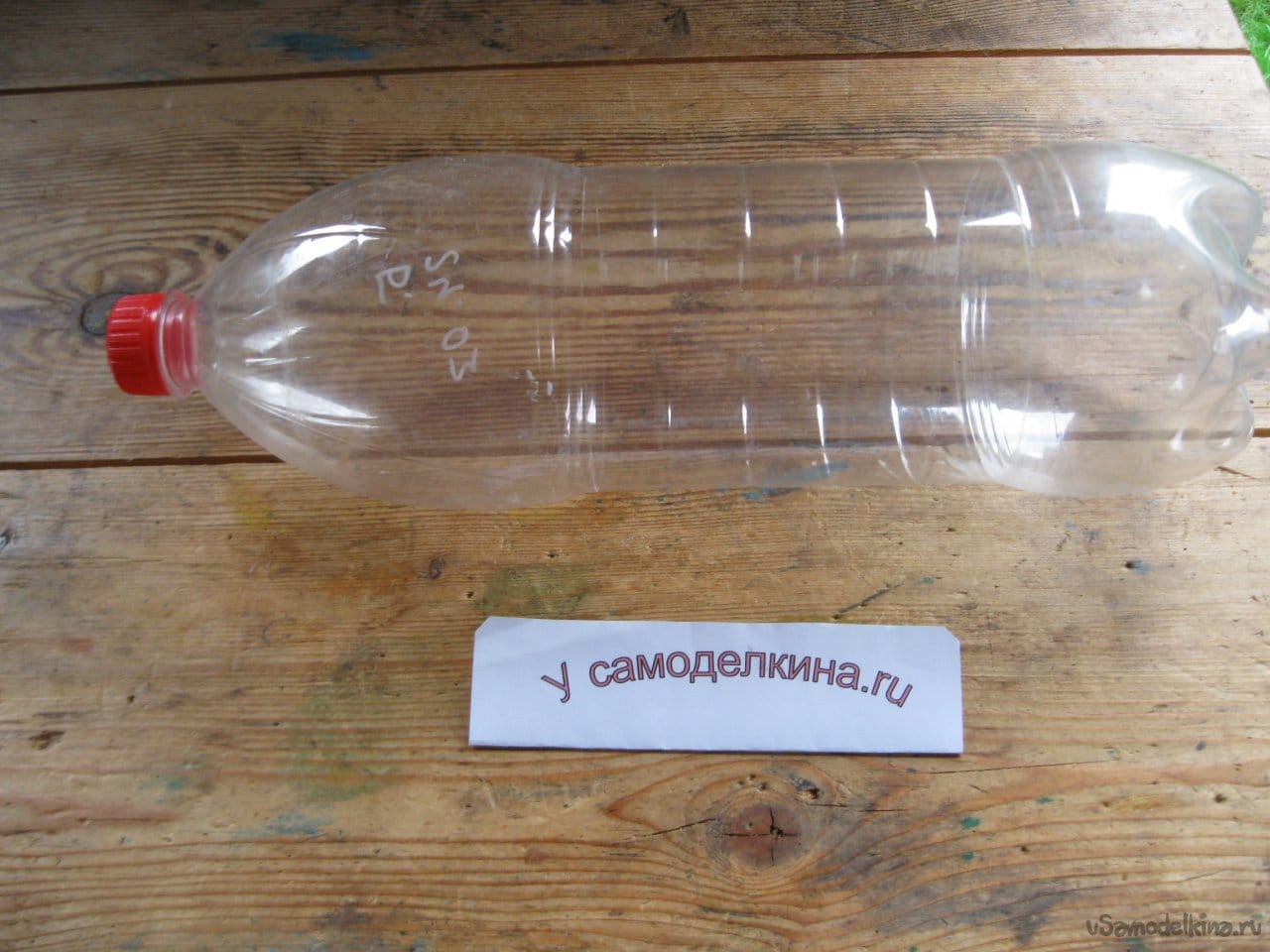 By the way, after that, for clarity, I decided to check the rigidity of the bottle with the lid just closed. And I used the same bottle. To do this, I opened it by unscrewing the lid and let the air out of it. By the way, the air came out with a hiss and hiss.
Well, then I turned the lid back on and tried to squeeze the bottle like this. In this case, the bottle turned out to be much softer and deformed pretty well. 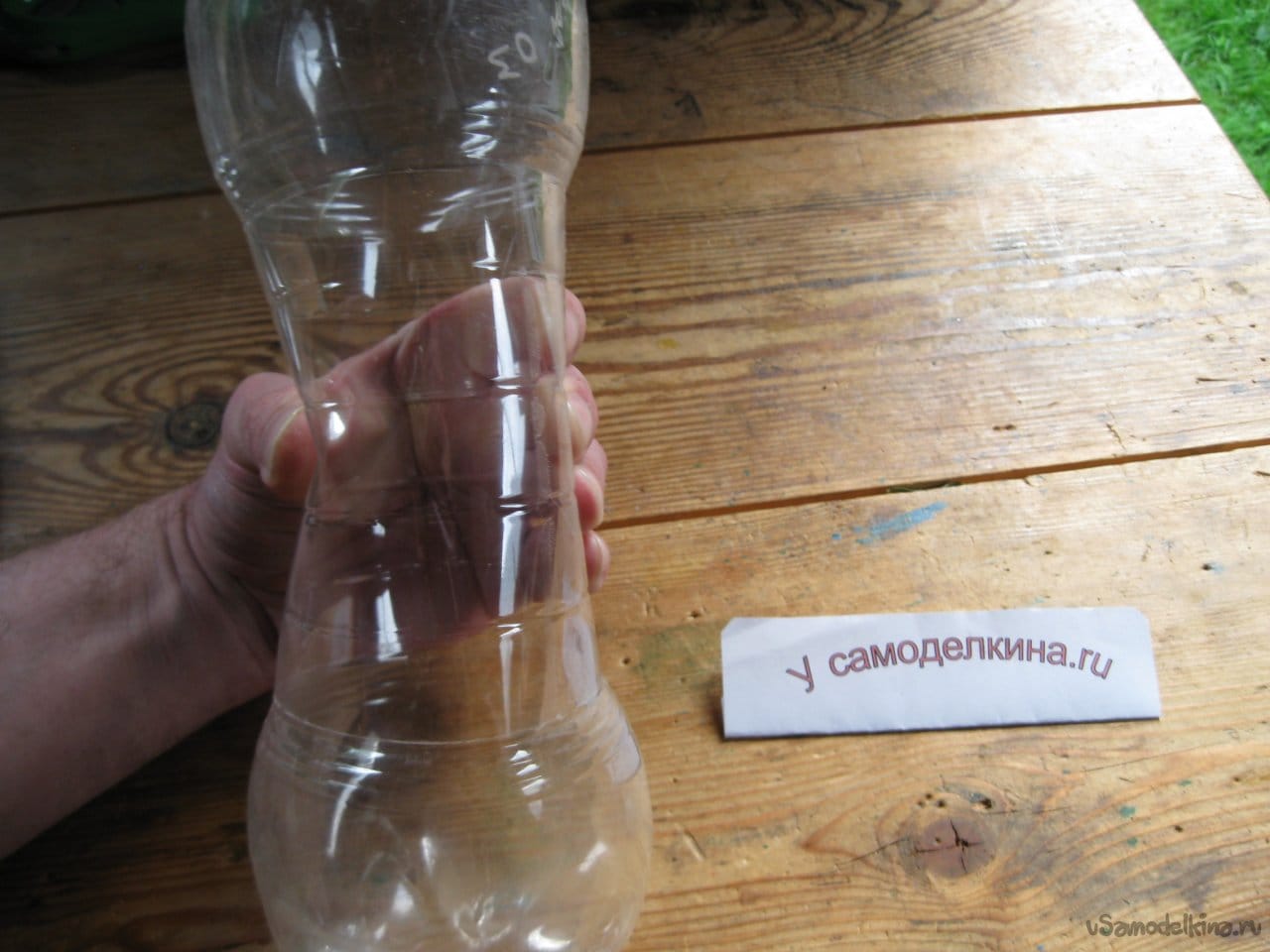 In general, as you can see, the bottle is simply closed with a lid, significantly inferior in rigidity and stability, the bottle in which an excess air pressure is created. Therefore, this method of “blowing” plastic bottles can be used to make homemade products.
It should be noted that, perhaps, the main advantage of this method lies in its incredible simplicity. Indeed, a refrigerator with a freezer can be found in every home. Although, in principle, you can do without a freezer at all, if you “inflate” plastic bottles in winter in the cold. To some extent, this is even preferable, since you can wait for a particularly severe frost, for example, thirty degrees and below. In addition, on the street, you can simultaneously cool any large number of bottles.
You can also store inflated bottles or homemade made of them outside, for example, in an unheated room. In winter, however, they will deflate, but in a warm room or in the warm season outside, they will inflate again. You can store them for as long as you like, the main thing is that they are tightly and hermetically sealed.
Well, this is where I finish and wish all homemade people health, as well as good creative ideas for homemade products!

Simple guide for aligning edges with a router

Robot driving along the line