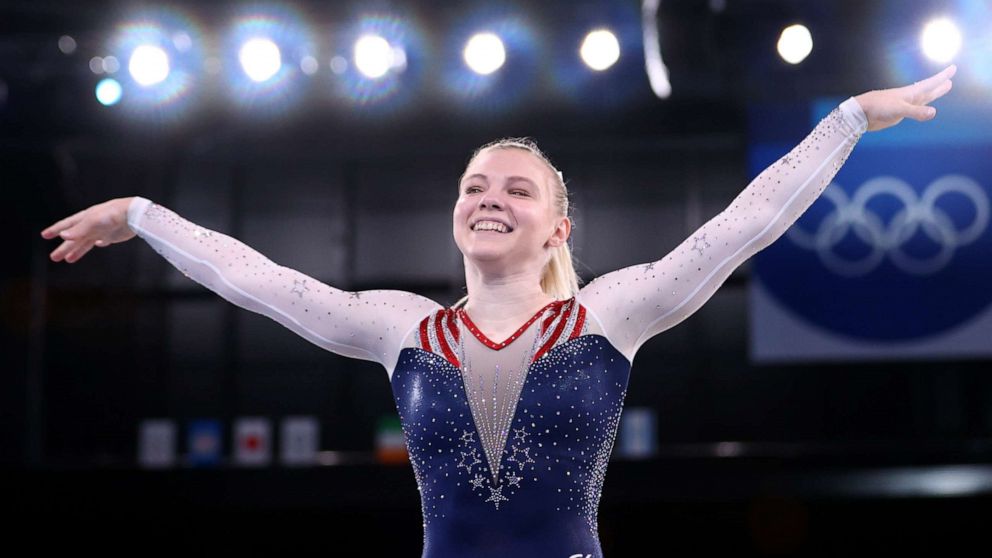 Each day, ABC News will give you a roundup of key Olympic moments from the day’s events in Tokyo, happening 13 hours ahead of U.S. Eastern Standard Time. After a 12-month delay, the unprecedented 2020 Summer Olympics is taking place without fans or spectators and under a state of emergency due to the coronavirus pandemic.

USA Gymnastics confirmed that Simone Biles will compete in the balance beam finals on Aug. 3, along with teammate Sunisa Lee. Biles had previously withdrew from individual competitions in vault, uneven bars and floor events.

The U.S. women’s basketball team defeated France 93-82 in their last game of the group round. Led by A’ja Wilson with 22 points, the team extended their Olympic winning streak to 52, a feat reaching all the way back to 1992.

The U.S. women’s soccer team lost to Canada 1-0, and with it end their run for a gold medal. U.S. goalkeeper Alyssa Naeher left with an apparent knee injury in the first half and Canada capitalized on a penalty kick in the 74th minute of play. Team USA will now play for the bronze medal.

There were 17 newly confirmed cases of COVID-19 at the Tokyo Olympics on Monday. No athletes were among the new cases. The total now stands at 281, according to data released by the Tokyo 2020 organizing committee.

The surrounding city of Tokyo reported 2,195 new cases on Monday, a seven-day average increase of 206.9%, according to data released by the Tokyo metropolitan government.

Krystsina Tsimanouskaya was granted a humanitarian visa at the Polish embassy in Tokyo after she said she was forcibly removed from the Olympic Village and taken to the airport by the Belarus Olympic committee, according to The Associated Press. The situation began after Tsimanouskaya criticized her team officials on social media.

Tsimanouskaya hailed police at Haneda airport in Tokyo as she was being led to her plane and was put under their protection. Mark Adams, a spokesperson for the International Olympic Committee, told reporters that conversations about the situation would continue Monday.

Advocates for the sprinter say her life may be in danger in Belarus, according to the AP. The IOC banned Belarus’ president, Alexander Lukashenko, and his son, Viktor Lukashenko, from the Tokyo Games in December of 2020 after they investigated complaints by Belarusian athletes.

Team USA’s Valarie Allman won the gold medal in the discus throw, the first gold medal for the U.S. in athletics competitions in the Tokyo Games. U.S. hurdler Kendra Harrison also won a silver in the women’s 100m hurdles in today’s events.

In a remarkable display of determination, Dutch runner Sifan Hassan fell during the final lap of the women’s 1500m, but got back up and blazed past the competition to finish first. She finished her last lap in less than 62 seconds. Hassan went on to win the gold medal in the 5000m race just hours later.

U.S. shot putter Raven Saunders raised her hands above her head in an “X” after receiving her silver medal to support intersectional oppression.

The display may have violated the rules against demonstration, and IOC spokesperson Mark Adams said they were looking into the matter.

Catch up on the best moments from the previous days’ events