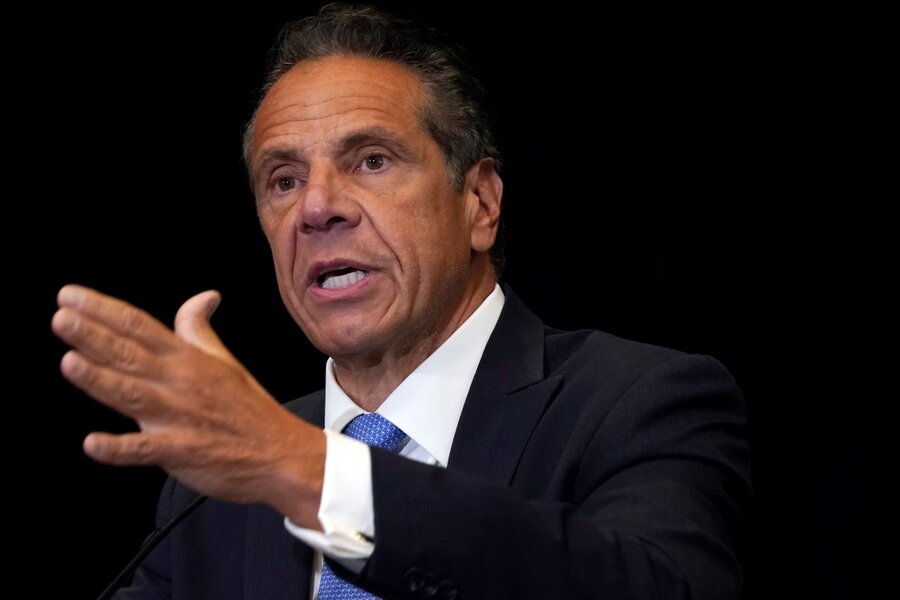 The nearly five-month investigation, conducted by two outside lawyers who spoke to 179 people, found that the Cuomo administration was a “hostile work environment” and that it was “rife with fear and intimidation.”

People interviewed included complainants, current and former members of the executive chamber, State troopers, additional state employees, and others who interacted regularly with the governor.

“These interviews and pieces of evidence revealed a deeply disturbing yet clear picture: Governor Cuomo sexually harassed current and former state employees in violation of federal and state laws,” Ms. James said at a press conference on Tuesday.

Ms. James said her investigation has concluded. There were no referrals to criminal prosecutors, though that wouldn’t preclude local authorities from using the evidence and findings of the report to mount their own cases.

The report also detailed, for the first time, allegations that Governor Cuomo sexually harassed a female state trooper on his security detail. It said that the governor ran his hand or fingers across her stomach and her back, kissed her on the cheek, asked for her help in finding a girlfriend, and asked why she didn’t wear a dress.

“These brave women stepped forward to speak truth to power and, in doing so, they expressed faith in the belief that although the governor may be powerful, the truth is even more so,” Joon Kim, one of the lawyers leading the investigation, said at the press conference.

Investigators said they found all 11 women were credible, noting that their allegations were corroborated to varying degrees, including by other witnesses and contemporaneous text messages.

Governor Cuomo faced multiple allegations last winter that he inappropriately touched and sexually harassed women who worked with him or who he met at public events. One aide in his office said he groped her breast.

Another, Lindsey Boylan, said Governor Cuomo kissed her on the lips after a meeting in his office and “would go out of his way to touch me on my lower back, arms, and legs.”

After Ms. Boylan first made her allegations public in December, the Cuomo administration undercut her story by releasing personnel memos to media outlets revealing that Ms. Boylan resigned after she was confronted about complaints she belittled and yelled at her staff.

Ms. Boylan has said those records “were leaked to the media in an effort to smear me.”

Other aides have said that the Democratic governor asked them unwelcome personal questions about sex and dating. One former aide, Charlotte Bennett, said Governor Cuomo asked if she was open to sex with an older man.

“Some suffered through unwanted touching, and grabbing of their most intimate body parts. Others suffered through repeated offensive, sexually suggestive, or gender-based comments,” Mr. Kim said at the press conference. “A number of them endured both. None of them welcomed it. And all of them found it disturbing, humiliating, uncomfortable, and inappropriate.”

Last winter there was a chorus of calls for Governor Cuomo’s resignation from many top elected Democrats in New York, including two U.S. senators, Chuck Schumer and Kirsten Gillibrand. But Governor Cuomo refused to quit and has been raising money for a fourth term in office.

His position on the allegations has also hardened into one of defiance. Governor Cuomo has always denied touching anyone inappropriately, but he initially said he was sorry if his behavior with women was “misinterpreted as unwanted flirtation.” In recent months, he’s taken a more combative tack, saying he did nothing wrong and questioning the motives of accusers and critics.

He has also questioned the neutrality of the lawyers hired by the attorney general to investigate the allegations. Mr. Kim was involved in previous investigations of corruption by people in Governor Cuomo’s administration when he was a federal prosecutor in Manhattan. Governor Cuomo hasn’t expressly said why he believes that would make Mr. Kim biased.

In the hours leading into Ms. James’ announcement, Governor Cuomo’s office issued numerous press releases including the completion of mixed-use housing in Buffalo plans to build a new $3.9 billion terminal at Kennedy Airport and JetBlue’s decision to keep its headquarters in New York. As Ms. James was speaking, Governor Cuomo’s publicists sent out a release about reclaiming the sites of old power plants.

The attorney general’s report is expected to play an important role in an ongoing inquiry in the state Assembly into whether there are grounds for Governor Cuomo to be impeached.

The Assembly hired its own legal team to investigate Governor Cuomo’s conduct, plus other allegations of wrongdoing. The legislature is looking into the help Governor Cuomo got from senior aides to write a book about the pandemic, special access that Governor Cuomo relatives got to COVID-19 testing last year, and the administration’s decision to withhold some data on nursing home deaths from the public for several months.

Some members of the judiciary committee have said they expect Ms. James’ report to be “critical” for the impeachment investigation.

The governor, in contrast, has repeatedly argued that he did not intend to harass anyone. His office has said he took the state’s mandated sexual harassment training, but has not provided any documentation proving he did.

Governor Cuomo championed a landmark 2019 state law that made it easier for sexual harassment victims to prove their case in court. Alleged victims no longer have to meet the high bar of proving sexual harassment is “severe and pervasive.”