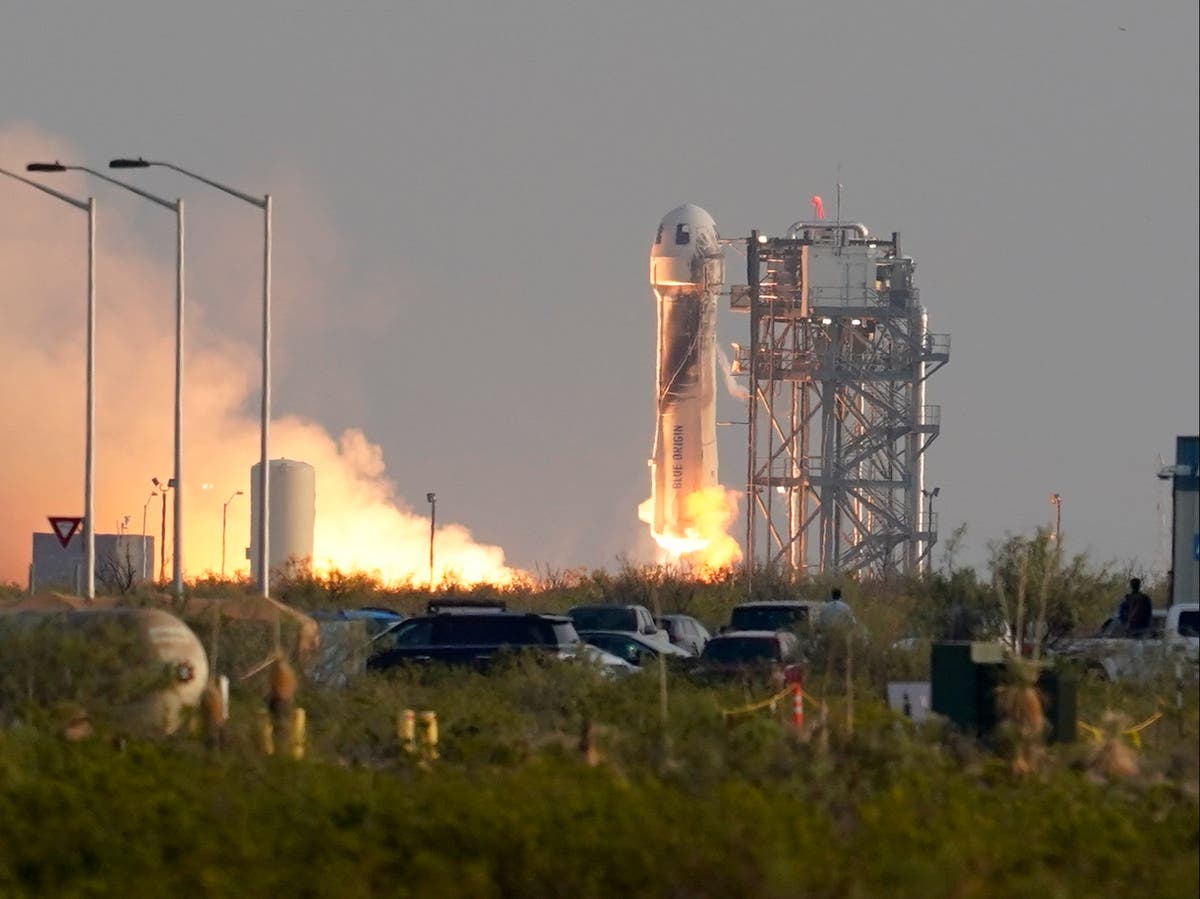 The rocket travelled to an altitude of roughly 66 miles, more than ten miles higher than Richard Branson’s journey last week, and lasted 11 minutes.

Ms Sanchez founded Black Ops Aviation in 2016, an aerial film and production company, with which she pilots aircraft and helicopters. In June 2021, Sanchez was spotted wearing a heart-shaped ring on her ring finger, according to The Daily Mail, but there has been no news about an engagement from either her or Mr Bezos.

Mr Bezos sent messages and one photo to Ms Sanchez while married to his former wife, Mackenzie Bezos, in the wake of the CEO’s WhatsApp messages being reportedly breached.

The 18-year-old Daemen, the youngest person to travel over the threshold between Earth and space, soon followed, hugging his father, followed by Funk. Funk had undertaken the same training as male astronauts in the 1960s, but never managed to actually fly to space, as the ‘Mercury 13’ Woman in Space Program was cancelled.

Mark Bezos finally followed, with the crowd and crew could cheering and shouting.

Shortly after the landing, a voice that appeared to be that of Jeff Bezos could be heard saying “Best day ever.” Mark Bezos said that he was “unbelievably good” when asked by mission control about how he was feeling.

Blue Origin is planning two more flights before the end of the year, with ticket sales currently open for new passengers, although that is likely to be expensive for most people.

Ahead of the launch, Mr Bezos and Blue Origin suggested that the short space flight could be a major step for space tourism, research and plans to explore the rest of the solar system.

But critics have argued that billionaires would be better off spending their money to solve problems on Earth – with Mr Bezos conceding that those critics were “largely right”, during an interview, but suggested that his trip could help solve those problems too.