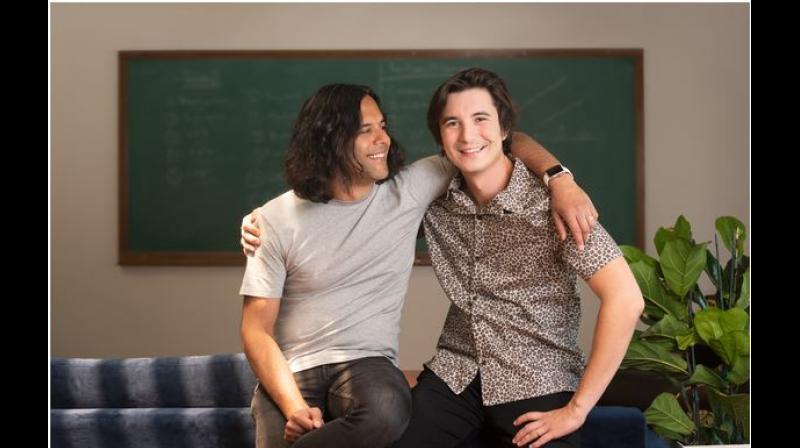 Baiju Prafullkumar Bhatt is a second-generation American born to Indian descent parents from Gujarat. The 37-year-old billionaire, who did his undergraduate degree in physics and completed his master’s from the prestigious Stanford University in 2008, co-founded Robinhood with his friend Vladimir Tenev in 2013. Today, he is the chief creative officer at Robinhood.

Robinhood is an online no-fee stock trading app in the US, which aims to democratise the financial systems. In an interview to CNN, Baiju had spoken about how he hopes to “equalize the world of investing by making trading stocks as easy as sending an email and just as free”. In fact, since its launch, Robinhood’s no-commission trading model has transformed the brokerage industry, with close to 10 lakh customers. Today, the company is one of the largest financial institutions in the US, and recently, the company went public, about two years since they first thought of doing it.

With that boyish charm still sparkling in his eyes, Baiju starts his day early with just 6 hours of sleep (even on weekends). We hear he’s in office by 7.00 am every morning so that he can organise his day, beginning with the first two hours for his personal projects and then working with the designers and the rest of the team, including recruitment and other needs of the company.

Baiju, an avid reader, is not particularly interested in social media platforms. The only one he’s on are Facebook Messenger, Twitter and Slack, all of whose notifications he has turned off too! No wonder he not only gets all his stuff done but also is a billionaire in his thirties!

No wonder the youngster, who loves to run marathons and seems to be a space geek looking forward to a time when space travel gets cheaper and the space crafts will be reusable, is already a billionaire in his early thirties. And don’t be surprised if he suddenly goes missing from work during the lunch hour. He’s usually jogging around for an hour, catching some fresh air so he feels charged for the rest of the day.

Rihanna’s bringing out a fragrance: What should you think about when buying a new perfume?