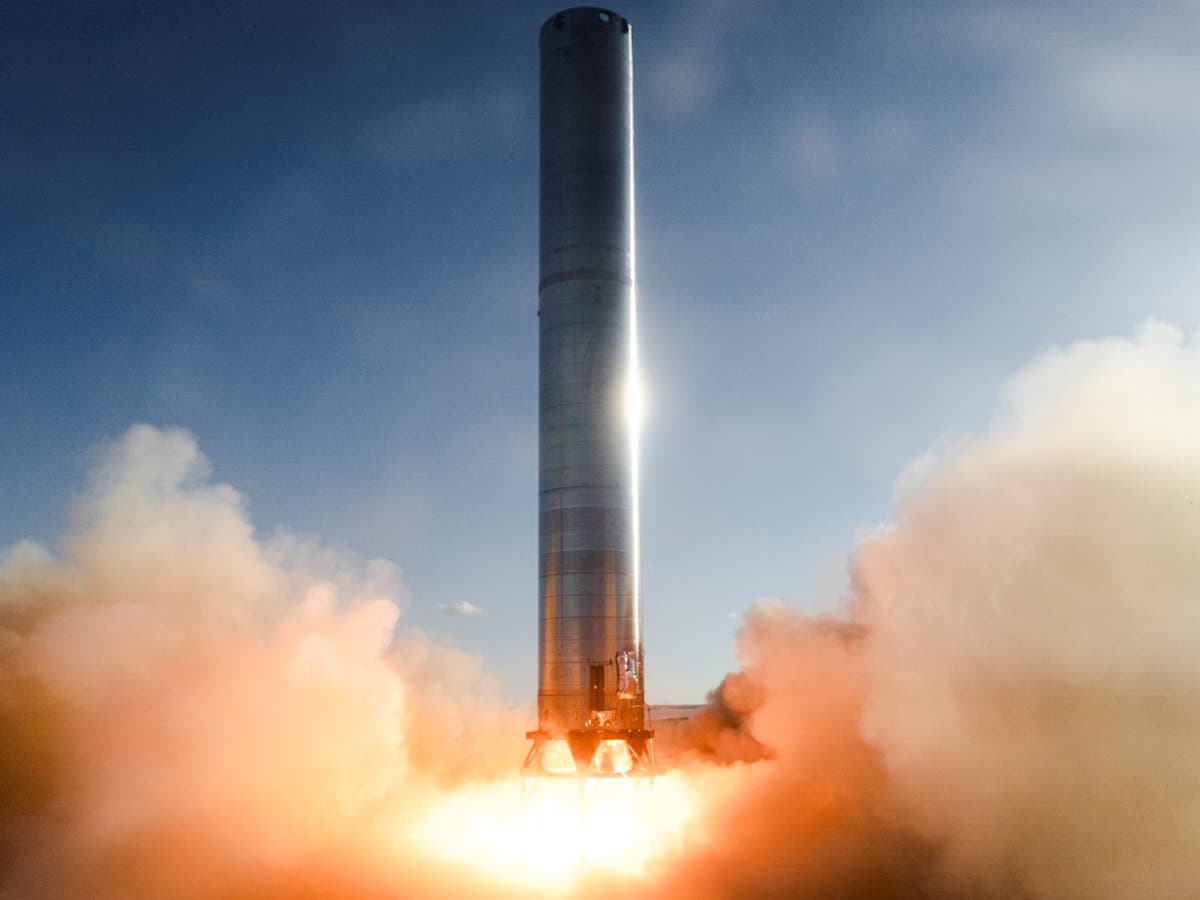 SpaceX has successfully performed the first ever static fire test of its Super Heavy Booster, which it hopes to use to send its Starship rocket to Mars.

The 70-metre tall booster will eventually carry the 50m Starship craft to orbit, with the first orbital flight scheduled for later this summer.

Various iterations of Starship have already performed high-altitude flight tests to around 10 kilometres, however only one has landed successfully without exploding.

The next major phase of testing involves launching the Starship craft atop the Super Heavy Booster on a 90-minute flight that will take it from SpaceX’s Starbase facility in Boca Chica, Texas, to Hawaii.

The static fire test, which took place on Monday in southern Texas, involved the ground-based ignition of three Raptor engines.

“Depending on progress with Booster 4, we might try a 9 engine firing on Booster 3.”

Starship’s first orbital flight was initially set to take place before July, however SpaceX’s ambitious testing schedule is at the mercy of external forces such as weather and regulatory obstacles.

Earlier this month, the US Federal Aviation Administration (FAA) revealed that it is conducting an environmental review of a tower being constructed to support Starship and its booster.

A spokesperson for the regulatory authority said SpaceX “is building the tower at its own risk”.

Mr Musk hopes to begin mass production of Starship crafts in the coming years, producing up to 100 per year in order to transport crew and cargo around the Solar System. Different versions of Starship developed in the future will feature “private cabins, large common areas, centralised storage, solar storm shelters and a viewing gallery,” according to SpaceX, with each one capable of carrying up to 100 people.

SpaceX has already secured a multi-billion dollar development deal with Nasa as part of the US space agency’s Artemis programme, which aims to return people to the Moon by 2024.

Mr Musk’s ultimate goal is to establish a self-sufficient human colony on Mars by the year 2050, which he claims is vital to ensure the long-term survival of our species.