Join us on Google News to keep up to date with the latest news
When, in the late 90s, water meters began to be massively installed in apartments, it became obvious that taking a bath exclusively is much more expensive than washing under shower. It's time to fix a shower head of this type on the wall:
The shower mixer included a plastic swivel holder for the shower head. It was mounted on the wall and allowed to direct the stream of water to the desired point. I did not find a similar photo, the essence is this:
The holder was very uncomfortable. The holder bar was twice as long as in the photo, the hinge mount was poorly held, it was necessary to constantly tighten it. When it cracked and completely ceased to hold, my father came up with the idea of ​​fixing the watering can holder on the dryer for clothes, drilled a couple of holes in the holder and screwed it with nichrome wire on the dryer. When the faucet was changed again, I had to make a new holder, the new watering can did not hold in the old holder.
A plastic pipe was needed to make homemade products.
I cut a 10 cm long workpiece from it and cut a groove for the hose along the length. The pipe turned out to be very soft, I had to strengthen it by gluing a couple of pieces of pipe, otherwise the watering can fell out of the holder. We drill holes for the wire and fix the holder to the dryer. 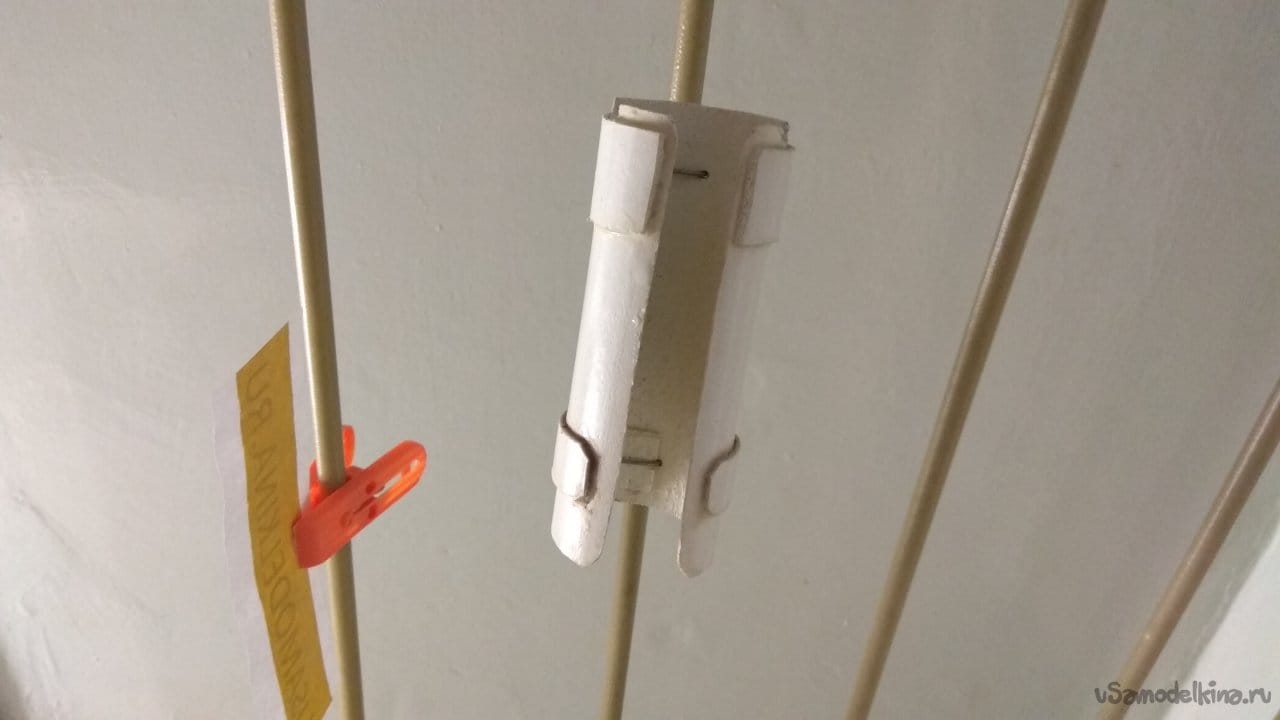 The holder has gone through three different watering cans, this is the fourth. They had different dimensions, weights and designs. I like the last watering can the most. 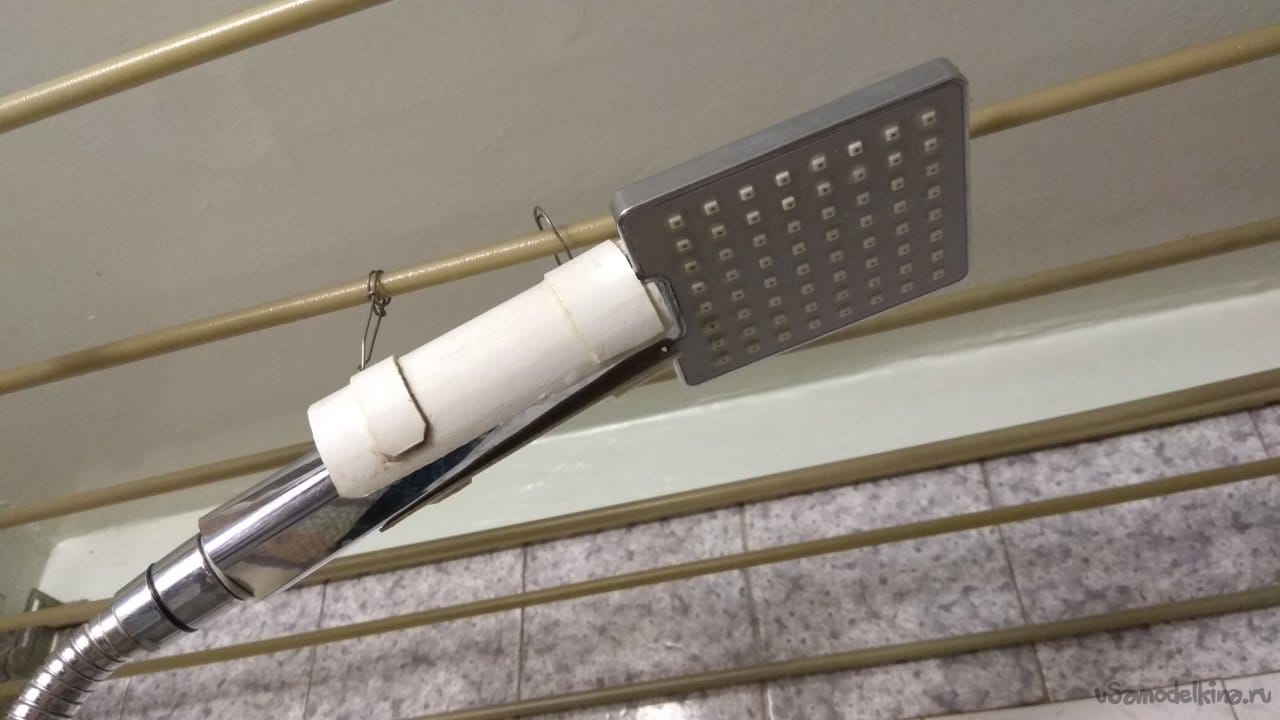 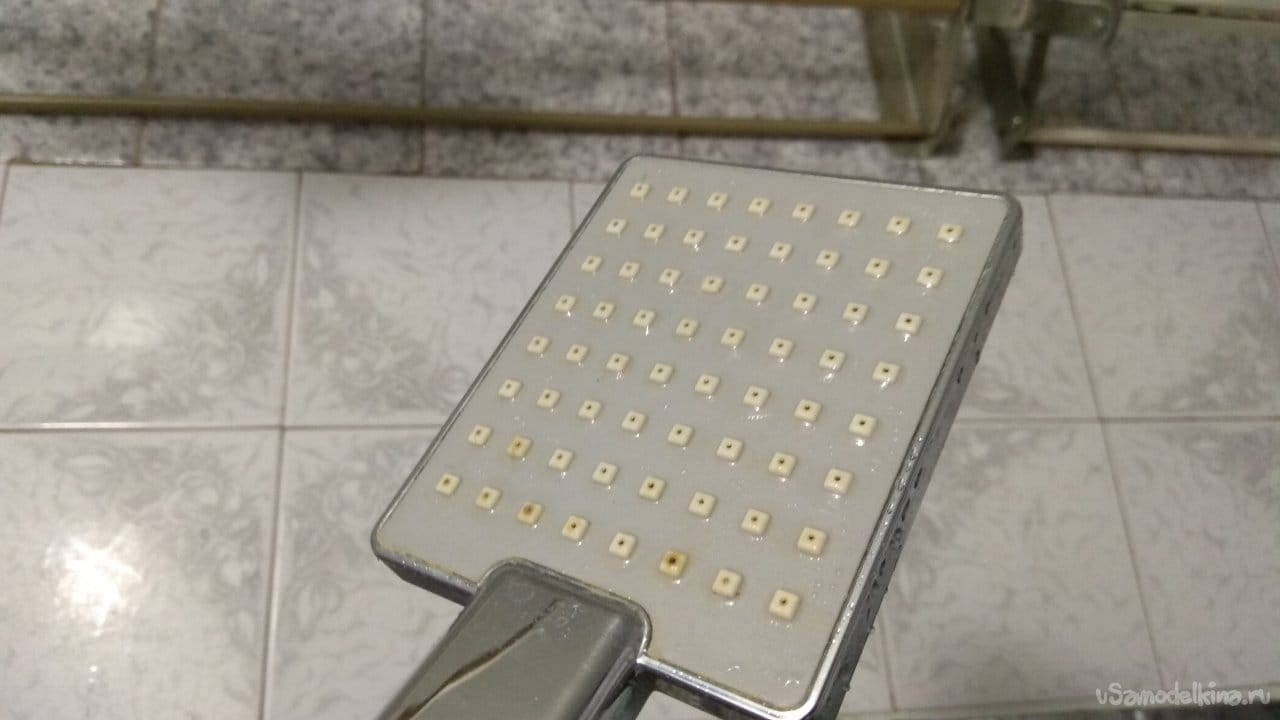 It is sealed, non-separable, easy to clean silicone holes. The first two were collapsible of this type: 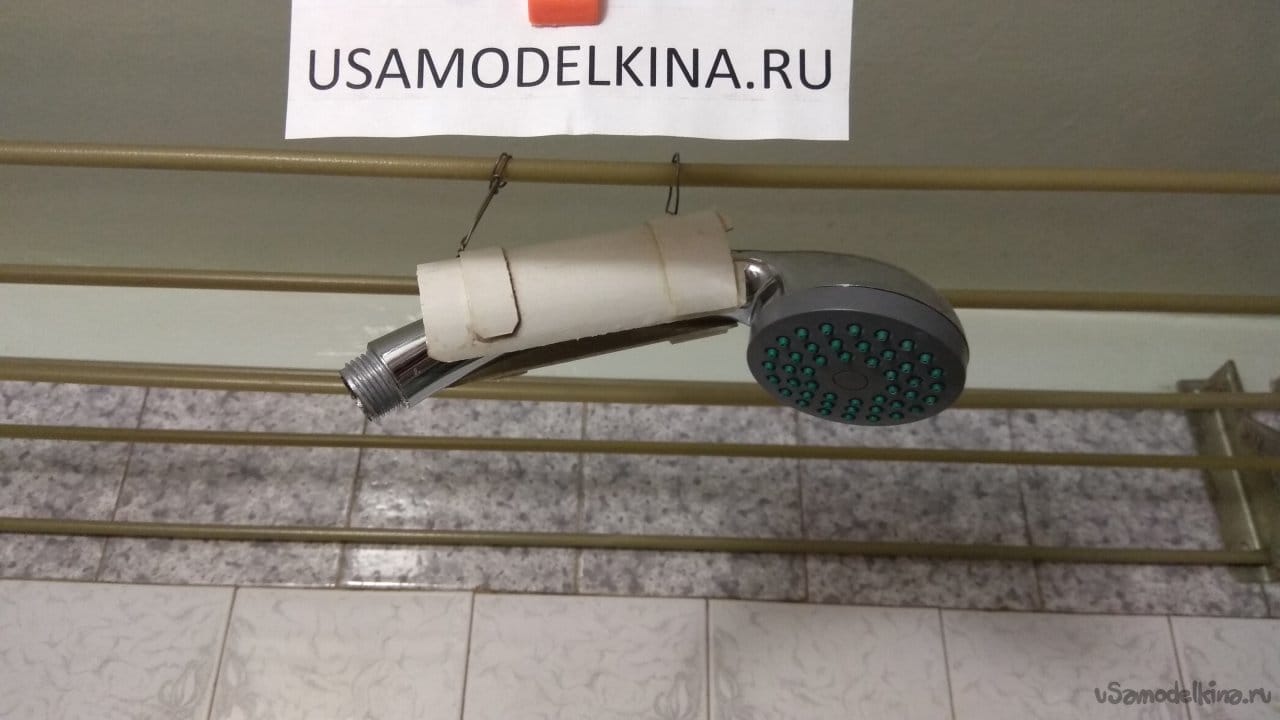 Over time, the first one began to ooze from the cracks water. The second one was exploited a little, I wanted something more interesting. The third watering can was multifunctional with a bunch of modes like this:
In fact, it turned out to be inconvenient to wash with this watering can, since in the main mode it poured trickles in a ring, and there was no water in the center of the ring, it was constantly spinning under the shower, the washing time and water consumption increased. This was acutely felt during the seasonal hot water shutdown. I have only 10 liters of boiler, hot water ran out before I had time to wash, I had to use an old watering can. I liked the rest of the modes in the third watering can even less, they turned out to be little intended for a shower. The fourth has been working for 5 years already, I think it is the most successful. When the holes are clogged, I go through each hole with a stainless steel tube with a diameter of two times larger than the holes in the watering can and the watering can works like new.

How easy it is to overpressure a plastic bottle