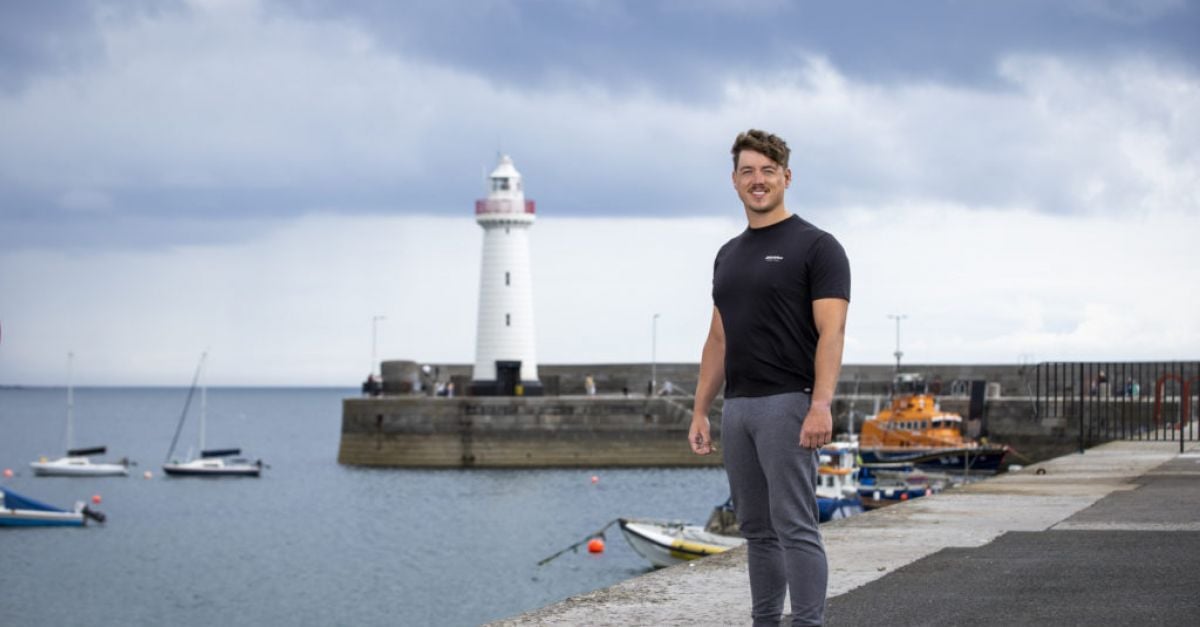 A Co Armagh man has claimed a new world record for swimming from Ireland to Scotland.

Jordan Leckey (29) from Portadown swam from Donaghadee, Co Down to Dunskey Castle close to Portpatrick in nine hours, nine minutes and 30 seconds. He celebrated with a pint and a jam sandwich.

Once ratified it will replace the previous best time of nine hours and 34 minutes by US swimmer Michelle Macy in 2013.

However, Mr Leckey said he had simply wanted to complete the challenging swim.

“Some people around me were talking about records, but I just wanted to get to the other side, that was my only real focus, no matter how long it took,” he told PA.

“I spent a year training, through lockdown, I built my own pool in my garage and tethered myself to the wall and just swam. Once it was warm enough in the lough [Neagh] for training sessions I was in the lough every day,” he said.

“The Lough Neagh Monster Dunkers were a great support making sure I always had someone to swim with.”

Mr Leckey started the swim at around 6.40am on Monday in Donaghadee, waved off by local sea swimmers the Chunky Dunkers, and was backed by a support swimmer who was allowed to join him in the water three times for a hour during the route.

He was fuelled by the food supplement drink Complan along the route before celebrating with a jam sandwich, describing the flavour of the jam as amazing after hours of the drinks.

“The first two hours were the toughest because you’re just starting and haven’t got into the mental swing of things. You’re having all these doubts, thinking it’s really cold, it’s really far and am I actually going to be able to make it,” he said.

“After a while your body gets numb to the cold but the first hours you feel it.

“There were quite a few jellyfish en route but luckily enough I only got stung on the very tip of one of my toes.

“I only saw what was beneath me in the water but my dad said there were seals, and we saw dolphins on the way back, a huge pod.”

“I tried to stand up and pump my fist in the air but I just didn’t have any energy left.”

After a number of hours in the water, Mr Leckey said he lost all concept of time and hadn’t realised he was on course for a record.

“As soon as I climbed up on to the rock I heard shouting, ‘that’s a world record’, and it just felt so good,” he said.

“I tried to stand up and pump my fist in the air but I just didn’t have any energy left.”

He paid tribute to all the support he received including from Infinity Channel Swimming, his family, the Donaghadee Chunky Dunkers cheering him off, people walking on the cliffs in Scotland cheering as he finished as well as video messages from people who had previously swum the channel.

Mr Leckey went on to sign the wall at Pier 36 restaurant in Donaghadee where all those that complete the swim are recorded.

The record attempt has been submitted for ratification with the Irish Long Distance Swimming Association (ILDSA) and the Guinness Book of Records.

Mr Leckey was one of three swimmers who completed the route on Monday supported by Infinity.

There are three more potential windows of opportunities when conditions are expected to be conducive to attempt the North Channel swim this summer, with 19 more swimmers booked to attempt the challenge this year.

Infinity Director Jacqueline McClelland said they have had 15 successes so far this year.

“We knew eight hours in that in terms of speed and tidal changes there was the chance of a record (by Mr Leckey) but we kept it under our hats as crew, then we told him with 5km to go that we would pace him, and with about one km to go we told him to leave it all in the water and my goodness, he took off like a machine,” she said.

“He got out and sat on the rock and look around like he couldn’t believe it as we shouted, ‘you’ve got the world record’ then he had his favourite jam sandwich and when he got back on the boat we got him a pint of Guinness.”

An Indian American on Wall Street