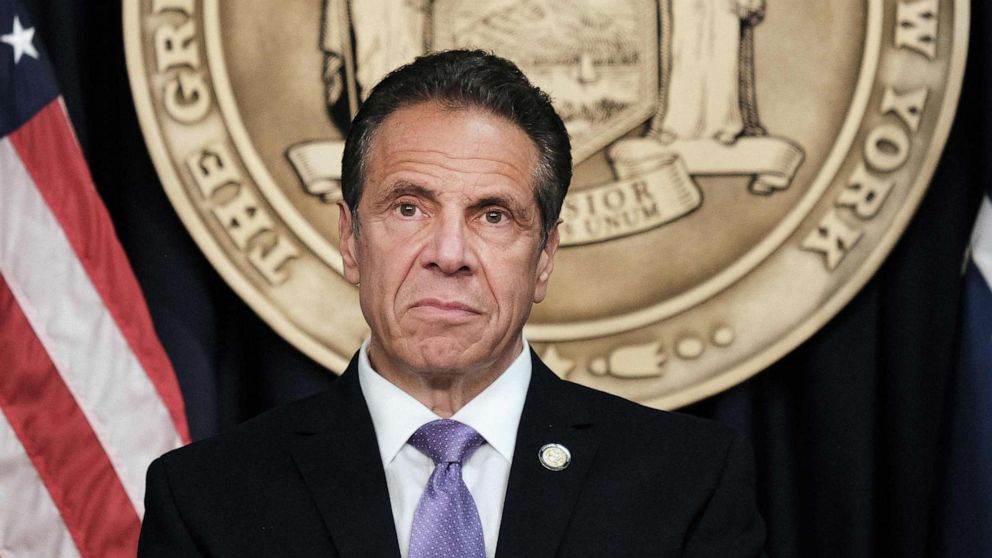 In at least one instance, the investigation determined that the governor sought to retaliate against a woman who leveled accusations against him, identified in a report released by the AG’s office as Lindsay Boylan.

According to James, the probe found that Cuomo and his staff fostered a toxic work environment. Cuomo, in a statement released after James’ announcement, denied any wrongdoing.

“Specifically, we find that the Governor sexually harassed a number of current and former New York State employees by, among other things, engaging in unwelcome and nonconsensual touching, as well as making numerous offensive comments of a suggestive and sexual nature that created a hostile work environment for women,” the report said.

At Tuesday’s press conference, employment discrimination attorney Anne Clark, one of the investigators assigned to lead the probe, presented a litany of findings from the report, including specific examples of the governor making suggestive comments and engaging in unwanted touching that eleven women — some named, others anonymous — found “deeply humiliating and offensive.”

In an instance involving one of Cuomo’s unnamed executive assistants, the governor was found to have “reached under her blouse and grabbed her breast,” according to the report.

The same woman also recounted a circumstance in which “the Governor moved his hand to grab her butt cheek and began to rub it. The rubbing lasted at least five seconds,” the report said.

In another instance, the report describes how Cuomo sexually harassed a state trooper assigned to his protective detail, including by “running his hand across her stomach, from her belly button to her right hip, while she held a door open for him at an event” and “running his finger down her back, from the top of her neck down her spine to the middle of her back, saying ‘Hey, you,’ while she was standing in front of him in an elevator.”

In his televised statement issued Tuesday afternoon in response to the report, Cuomo said that “the facts are much different than what has been portrayed” — and gave no indication that he would heed calls for his resignation.

“I want you to know directly from me that I never touched anyone inappropriately or made inappropriate sexual advances,” he said. “That’s not who I am.”

Cuomo addressed two of his accusers, including Charlotte Bennett, who Cuomo insisted he was trying to help through a prior incident of sexual harassment.

To the unnamed executive assistant who accused Cuomo of reaching under her blouse and touching her breast, the governor said “this just did not happen.”

Displaying a series of photos of him kissing luminaries both male and female, Cuomo accused the report’s authors of weaponizing ordinary interactions, jokes and banter.

“Politics and bias are interwoven into every aspect of this situation,” he said.

Nevertheless, said Cuomo, “I now understand that there are generational or cultural perspectives that frankly I hadn’t fully appreciated. And I have learned from this.”

Cuomo met with investigators for 11 hours last month and offered “a combination” of denials and admissions, Clark said Tuesday.

“There are some incidents he admitted to but had a different interpretation of, and there were other things that he denied or said he didn’t recall,” Clark added.

Once considered a leading voice among national Democrats for his aggressive response to the coronavirus pandemic, Cuomo has suffered a meteoric fall from grace in recent months under a deluge of negative headlines.

When sexual harassment claims against Cuomo emerged in March, federal investigators were already reportedly probing his administration over concerns that it withheld damning data about nursing home deaths in New York. Cuomo has also faced scrutiny over reports that he prioritized testing for his family in the early days of the pandemic.

At least six women, including several who previously worked for the three-term governor, have accused Cuomo of inappropriate behavior and unwanted advances — claims that he has either dismissed as an exaggeration or outright denied.

“Wait for the facts,” Cuomo said in March. “An opinion without facts is irresponsible.”

Reports of the alleged misconduct prompted James to launch an investigation, tapping two seasoned investigators to lead the probe.

‘This is not just a Republican problem’: Crisis of trust looms in US elections

1 of the 5 people shot on Bourbon Street in New Orleans is an alleged gunman: Chief