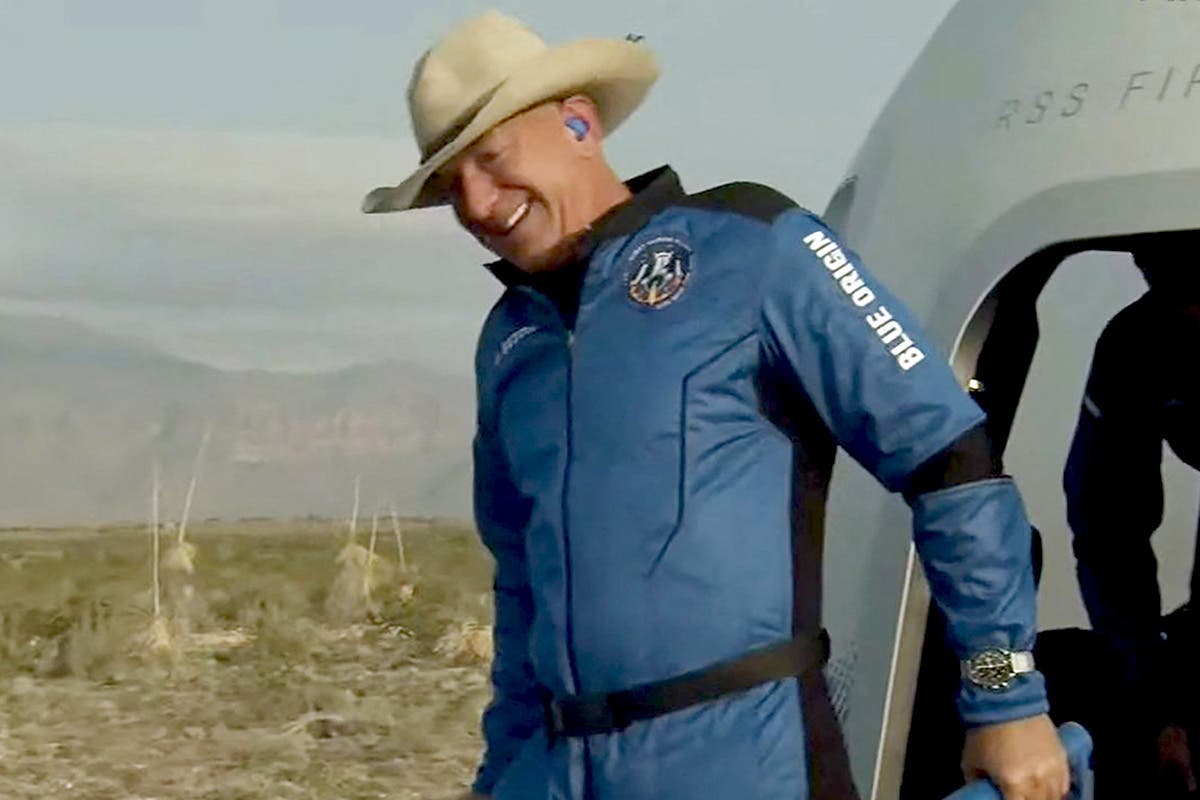 Jeff Bezos has thanked Amazon employees and customers for paying for his trip to space.

The Amazon founder has faced sustained criticism for amassing the biggest fortune the world has ever seen, while employees of his company complain they are subject to harsh working practises and low pay.

In a press conference after the launch, Mr Bezos thanked those staff for helping him amass enough money that he was able to shoot himself to space in a rocket.

“I want to thank every Amazon employee, and every Amazon customer, because you guys paid for all this,” he said to laughs from the crowd.

“Thank you from the bottom of my heart very much. It’s very appreciated.”

The thanks led to outrage on Twitter, where politicians and other commentators argued that the comment showed Mr Bezos should be paying more taxes.

Translation: “Thanks for letting me exploit your labor and profit off of you literally peeing in bottles so that I could enjoy a few seconds at zero gravity!” https://t.co/U14JJTkZEj

He also thanked the town of Van Horn, in west Texas, where Blue Origin has made its home, as well as the members of the team who helped send him to space.

During the same press conference, Mr Bezos said that he was launching a new “Courage and Civility Award”, through which he would give away $100 million to select people to distribute to their chosen nonprofits. The first two awards would go to two celebrities who did not give exact indications of how that money would be spent.

Both comments came hours after Mr Bezos took part in the first ever human flight by Blue Origin, the private space company he founded.

The billionaire blasted off in the sub-orbital New Shepard rocket from Texas on Tuesday, the 52nd anniversary of the Apollo 11 moon landing.

Minutes later he emerged safely from the capsule after it landed softly on the ground, slowed down by three huge parachutes.

He took off with his brother Mark, female astronaut Wally Funk, 82, who trained in 1961 but never went to space, and the company’s first customer, Dutch 18-year-old Oliver Daemen.

Ms Funk and Mr Daemen are the oldest and youngest people to fly into space respectively.

She took on board a postcard of herself standing in front of the American flag, having promised to take a picture with it and Earth in the background.

The crew members also took a number of historic items with them, including the goggles Amelia Earhart used to fly across the Atlantic and a brass medal made from the first hot air balloon which flew in 1783 – the first time humans left Earth in control of flight.

The crew also carried a piece of canvas from the Wright Flyer – the plane flown by the Wright brothers.

During a post-flight press conference Jeff Bezos presented his mother with a feather necklace he wore on the flight.