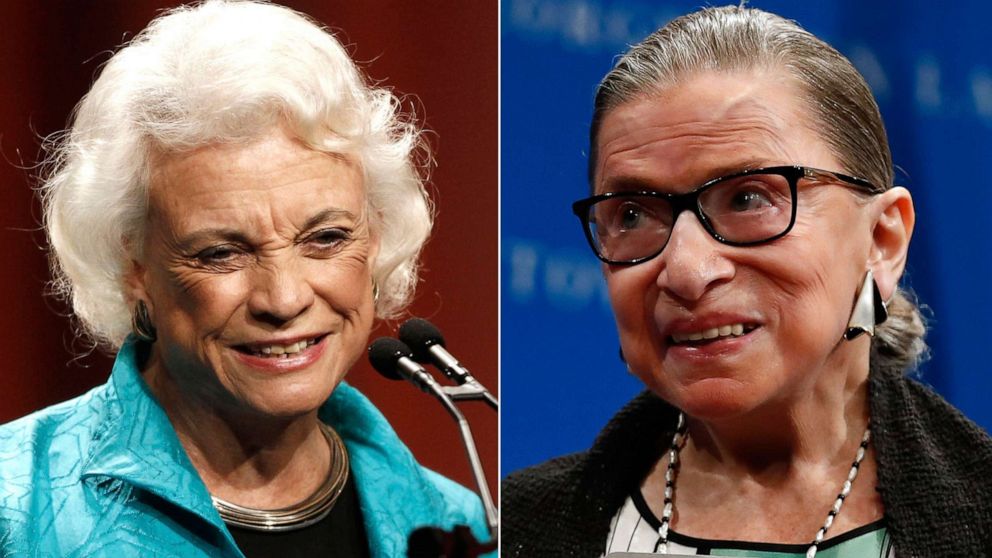 Legislation introduced Thursday by a bipartisan group of women senators would honor Supreme Court justices Ruth Bader Ginsburg and Sandra Day O’Connor by requiring statues of them in the U.S. Capitol or on Capitol grounds.

“Ruth Bader Ginsburg and Sandra Day O’Connor were trailblazers long before reaching the Supreme Court, opening doors for women at a time when so many insisted on keeping them shut,” Klobuchar said. “The Capitol is our most recognizable symbol of Democracy, a place where people from across our country have their voices represented and heard. It is only fitting that we honor their remarkable lives and service to our country by establishing statues in the Capitol.”

O’Connor and Ginsburg were the first and second women, respectively, to serve on the Supreme Court. O’Connor, who was appointed by former President Ronald Reagan in 1981, served until she retired in January 2006. Ginsburg was appointed by former President Bill Clinton in 1993 and served until her death last year after suffering from metastatic pancreatic cancer. They served on the court together for 12 years.

“Supreme Court Justices Sandra Day O’Connor and Ruth Bader Ginsburg will always be known as dedicated public servants, fierce champions for equality, and accomplished Americans who broke countless barriers in the field of law,” Collins said. “Statues in the nation’s capital honoring the first two women to serve on the highest court in the land will serve as fitting tributes to their invaluable contributions to our country.”

The Capitol currently has 252 sculptures of men and 14 of women. The most recent statue of a woman is of civil rights activist Rosa Parks, erected in 2013.

If passed, the legislation would require that the Joint Committee of Congress on the Library consider selecting an artist from an underrepresented background to create the statues.

Rift in TRS between Tummala and Kandala groups