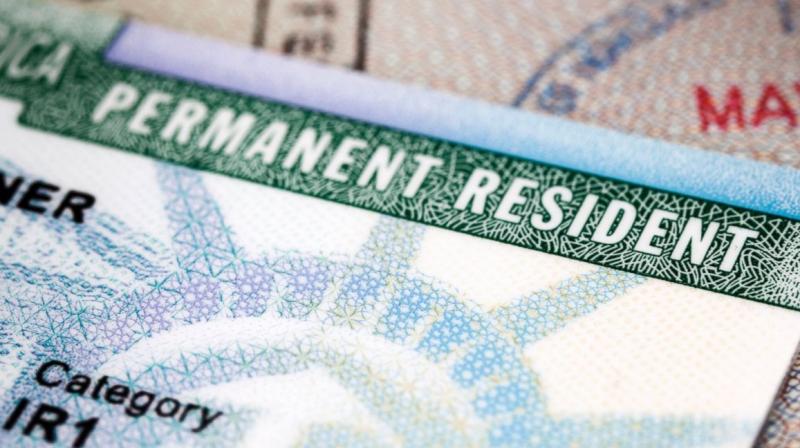 Washington: About one lakh employment-based green cards are at the risk of being wasted in less than two months, causing resentment among Indian IT professionals whose wait for legal permanent residency now runs into decades.

A Green Card, known officially as a Permanent Resident Card, is a document issued to immigrants as evidence that the bearer has been granted the privilege of residing permanently in the US.

Unfortunately, under the law, if these visas aren't issued by September 30, they are lost forever, he said.

The US federal government runs on an October 1 to September 30 fiscal year.

The current pace of processing by the US Citizenship and Immigration Services (USCIS) suggests they will waste more than 100,000 green cards, a fact recently confirmed by the Department of State officials in-charge of determining visa usage, he said.

If the USCIS or the Biden administration doesn't take any steps, the extra 100,000 green cards that are available this year will be wasted, Pawar rued.

The White House did not comment on the issue.

Meanwhile, a group of 125 Indian and Chinese nationals living in the US filed a lawsuit to prevent the administration from wasting the green cards.

There are hundreds of thousands of gainfully employed legal immigrants in the US who would benefit from these green cards. Many of them have been waiting for a decade or more to adjust to permanent resident status but have been unable to do so due to a lack of available visa numbers, he said.

But this year, if the USCIS does its job efficiently and promptly, these immigrants finally have the opportunity to become permanent residents, something which would otherwise take decades, said Pawar, who has been fighting for the rights of Indian professionals waiting for several decades for green cards.

Most potential beneficiaries, such as myself, are from India, a country that is the most backlogged due to inherently racist and discriminatory per-country quotas. Many have spouses, mostly women, who are unable to work until they become permanent residents, Pawar said.

Many have kids who will age out and be forced to self-deport even though this is the only country they know. The harm is both immense and irreparable if these green cards are not used, he said.

IMPACT executive director Neil Makhija, who met President Joe Biden as part of a delegation, said he urged him to reform the immigration laws by abolishing Green Card caps and quotas and include 200,000 children of long-term visa holders in efforts to protect all dreamers.

In an op-ed in The Washington Post, David J Bier, a research fellow at the Cato Institute, alleged that the Biden administration is responsible for this waste of green cards.

Last week, the US government announced that it has processed Green Card applications at such a slow pace that it will come at least 100,000 slots short of using up the annual limit.

Without drastic revisions in the glacial processing times, President Biden will have presided over one of the largest cuts to legal immigration in US history  and almost no one is talking about it, he said.