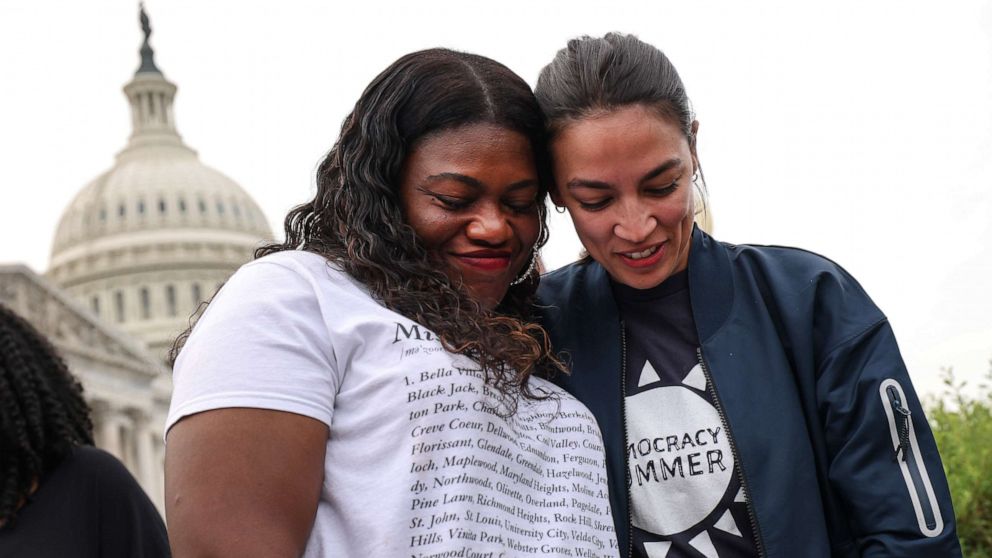 But the Biden agenda is still being shaped and defined by President Joe Biden’s relationship with his party’s left — even as it could derail his most ambitious policy goals.

A primary in a Cleveland-area House district this week added another win for the pro-Biden Democratic establishment, following victories by moderates in the Virginia governor’s race primary and the primary election in New York City.

This week also featured a dramatic exercise in progressive activism, led by Rep. Cori Bush, D-Mo., that forced the administration to address the expiring eviction moratorium after the White House at first indicated it was powerless. Another clash along similar ideological lines is looming around student loan forgiveness.

And for all the progress in the Senate’s bipartisan infrastructure bill, uncertainties around its fate in the House cloud any legislative future. Again, it’s progressives — who have prevailed on House leaders to insist that the far larger Democrat-only bill also advance before committing to passing the Senate package — who hold the power to keep things from Biden’s desk.

The dynamics reflect tensions that far predate the 2020 election cycle, though they were evident throughout a long primary race cut short by COVID-19. Progressives — particularly younger ones — have long been skeptical of Biden and his commitment to their causes.

It’s a stretch to say that Biden is bowing to all of their wishes, or captive to their agenda. But it’s not a stretch to point out that his agenda will stall without them on board — regardless of who’s winning primaries.

The Department of Justice has opened its third investigation into the practices of a local law enforcement agency. The Civil Rights Division of the DOJ announced Thursday it would investigate to determine whether the Phoenix Police Department has engaged in discriminatory policing.

“Each time I have noted that these investigations are aimed to promote transparency and accountability,” Attorney General Merrick Garland said. “This increases public trust, which in turn increases public safety.”

While the effort aims to root out discriminatory policing practices, one-off investigations of law enforcement agencies cannot adequately address the issue of police violence or broadly resolve systemic discrimination. There are about 18,000 law enforcement agencies across the country, all with different standards policies and practices, according to the Bureau of Justice Statistics.

The announcement comes as Senate negotiations on a police reform bill have fallen flat as a weekslong Senate recess looms. Legislation remains the most transformative method to addressing police reform, but the passage of any such legislation is a long way off.

A second special session is set to begin in Texas this Saturday, but the partisan standoff over voting rights continues, as Texas House Democrats in Washington show little indication of their next moves.

Abbott’s agenda for the new session carries over Republican priorities that were left unaddressed over the course of the last month due to House Democrats breaking quorum and fleeing to the nation’s capital. “Election integrity” remains among the issues Gov. Greg Abbott said he “will continue to call special session after special session” to resolve, but the agenda also includes items like COVID-19 relief appropriations and legislation to address public school education during the pandemic.

It remains unclear whether those issues will push Democrats to return to Texas given the state’s escalating battle against COVID-19. During a Thursday press call with reporters, state Rep. Gina Hinojosa said that as the minority party facing off with a Republican majority, the Democrats’ “strategy must be kept secret.”

“What we’re not going to do is be baited into coming back to work on an issue that Democrats have repeatedly tried to advance in numerous sessions where we have received zero Republican support for our measures and so they never advanced,” Hinojosa added.

House fails to extend eviction moratorium ahead of 6-week recess

Blinken to diplomats on ‘Havana Syndrome’: ‘I wish we had more answers’