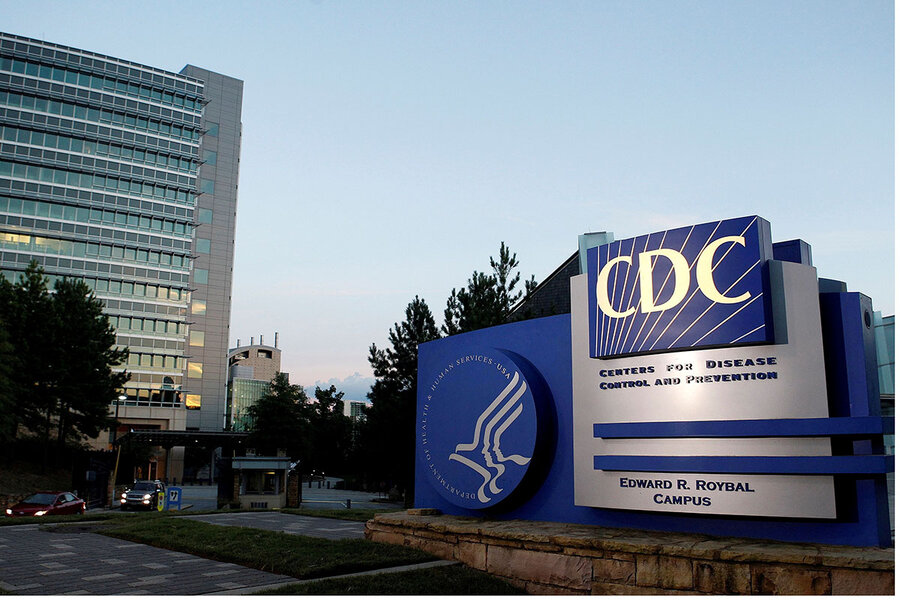 Ask public health experts about their field’s guiding principles for communication, and those three words come up over and over.

“Especially when you are communicating under very difficult circumstances, these are the three essential ingredients,” says Vish Viswanath, a professor of health communication at the Harvard T.H. Chan School of Public Health.

Pandemic messaging is a difficult balancing act. Leaders must project authority and try to combat spread, while being transparent and admitting unknowns. At stake are their own credibility and public trust.

But it’s precisely the toughest of circumstances – such as an unpredictable virus – that can make it most difficult to uphold the ideals of effective communication. And there’s little doubt that recent days and weeks have tested those principles, as a COVID-19-weary nation has gone from a growing sense of optimism and even normality to, once again, rising caseloads, mask mandates, and confusion.

A big jolt came last week, when the Centers for Disease Control and Prevention urged fully vaccinated Americans to resume wearing masks indoors in regions with high viral spread. The CDC also toughened its guidance for schools, recommending that all teachers, staff, and students wear masks, regardless of vaccination status – setting off politicized debates across the country.

But the data supporting the new mask guidelines – based on an outbreak in Massachusetts involving mostly vaccinated people – wasn’t released for three days.

Experts say that the CDC is, at times, in a no-win situation. By announcing the new mask guidance without simultaneously releasing the data, the agency came across as less than transparent. But if it had waited to issue new mask guidance until it was ready to release the data, it could have been accused of delaying important public health advice.

This conundrum demonstrates a “paradox of expertise”: Public health officials need to speak with authority, so people will pay attention and feel reassured. But in an emergency, officials are learning new information in real time and thus can’t claim to have all the answers.

“Transparency has to be balanced by things that build confidence,” says Marsha Vanderford, a former communications official at the World Health Organization and the CDC. “So if you say, ‘I don’t know,’ people think you’re transparent, but they might also think that you don’t know what you’re doing. It’s a two-edged sword.”

In an emergency, changes to public guidance are inevitable. Expert advice one day – such as the early pandemic advice that masks weren’t necessary, as Anthony Fauci, director of the National Institute of Allergy and Infectious Diseases, had said – can be reversed the next.

The key, say communication experts, is to qualify statements with phrases such as “to the best of our knowledge” and “as of now.” That signals to the public that the guidance could change, as new information is assessed.

If caveats and qualifications are left out, “it makes the public health message susceptible to conspiracy theories or to the assumption of incompetence,” says Kathleen Hall Jamieson, a professor of communication and director of the Annenberg Public Policy Center in Philadelphia.

“That’s not fair to the scientists or to public health experts. But the messaging failure is that they haven’t clearly marked their messages as provisional, subject to updating, and what we know now, which could change.”

As for the safety of the vaccines, experts say it’s accurate to describe them as very safe. But that doesn’t mean health authorities shouldn’t acknowledge and discuss the possibility of rare side effects – and in fact, doing so is helpful in maintaining trust, since those side effects can make headlines and often dominate on social media. Coursing through the conversation, since vaccines became available, is an effort by public officials to avoid sowing fear of the vaccines and to persuade the hesitant to get vaccinated.

Another point of contention now centers on the use of the word “rare” when describing “breakthrough infections” – that is, COVID-19 diagnoses in people who have been fully vaccinated – even as news reports and anecdotal evidence increasingly suggest they may be more common than that.

At a virtual briefing with reporters Thursday, CDC Director Rochelle Walensky sought to correct a commonly cited statistic from her agency – that nearly all hospitalizations and deaths from COVID-19 are among the unvaccinated. The data, she noted, was from January to June, and did not reflect more up-to-date data that includes the rise of the delta variant.

Some are criticizing the CDC for halting the tracking, as of May 1, of breakthrough infections among the vaccinated unless they are hospitalized or die.

“The question is, is it worth the time and expense of setting up a system to track breakthrough cases when they don’t result in hospitalization?” says Professor Jamieson. “There are those who argue persuasively that it is.”

“They’ve never dealt with anything that has so defied expectations over such a long period of time,” she says. “All agencies in times of uncertainty draw lessons from the past. But in this case, there aren’t a lot of plays in the playbook to draw from.”

Then there are the self-inflicted wounds, such as misstatements by top officials – including the person with the biggest megaphone, President Joe Biden – that can knock the government off-message.

In a July 22 CNN town hall, President Biden stated incorrectly that since the vaccines “cover” the delta variant of the virus, “you’re not going to get COVID if you have these vaccinations.” The White House later clarified his statement, noting that “97% of hospitalizations are people who were unvaccinated.”

On July 30, the CDC’s Dr. Walensky stated in a Fox News interview that the federal government was “looking into” a federal vaccine mandate. She soon issued a clarification: “There will be no nationwide mandate.”

On Tuesday, the director of the National Institutes of Health, Francis Collins, recommended on CNN that parents of unvaccinated children wear masks at home, then quickly backtracked.

A recent survey by the Annenberg Public Policy Center shows that trust in public health authorities – including the CDC, Food and Drug Administration, and Dr. Fauci – remains high. Other polling shows challenges in public trust, in part a reflection of distrust in government in general.

Professor Viswanath of the Harvard Chan School favorably contrasts the Biden administration with its predecessor, in what he calls the current team’s “significant efforts in letting science make most of the decisions, and not undercutting scientists and public health experts.”

But he identifies multiple challenges that contribute to the burden on today’s health communicators. First, he says, “the pathogen has surprised us at every turn.” Then there’s the challenge of processing all the pandemic-related information, including empirical, data-based studies too numerous to count.

“That is like drinking from a fire hose; people are just overwhelmed with information,” Professor Viswanath says.

“Never,” he says, “have our lives been upended the way this has happened in the last 17 months.”

Victim speaks out after police officer filmed stomping on his head