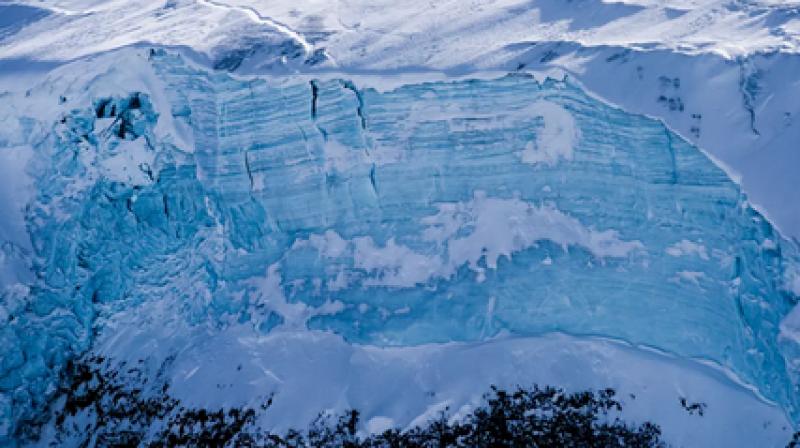 Greenland: As the world wrestles with global heatwave and high temperatures reign over the Arctic due to climate change, Greenland loses a huge amount of ice— about 22 gigatonnes.

This melting of ice is a huge loss in the history of Greenland, marking itself as the country’s third highest loss since 1950. The other two records were recorded in the same decade— 2012 and 2019.

According to Xavier Fettweis, a climate scientist at the University of Liege in Belgium, 22 gigatonnes of ice was lost— with 12 gigatonnes flowing into the ocean and 10 gigatonnes being absorbed by the snowpack where it can refreeze.

To put this loss in retrospect, 22GT of ice is enough to cover the U.S. state of Florida in 2 inches (5.1 cm) of water. Scientists have said that the rapid melt was followed by warm air being trapped over the Arctic island by a change in atmospheric circulation patterns, and more ice could be lost.

Marco Tedesco, a climate scientist at Columbia University told Reuters that such events can create feedback loops, leading to more global warming and melting. Melted snow leads to the exposure of dark ice that absorbs more sunlight instead of reflecting it back. Tedesco told Rueters that this positions Greenland to be more vulnerable to the rest of the melting season. He also pointed out that models used to predict ice loss don't accurately capture the environmental variables and circulation patterns, and might end up underestimating the melting capacity of Greenland’s ice for the future.

Greenland has the second biggest ice sheet on Earth after Antarctica. It has been estimated that it has caused about 25% of global sea level rise. Further, the Arctic is warming faster than the rest of the regions on Earth, particularly because of the darker ice and it’s radiation absorbing capabilities.

8 fascinating facts you never knew about flight and flying

Heading off on holiday? 5 clever ways to cut down your beauty baggage

From death to diamonds: turning ashes of loved ones into diamonds