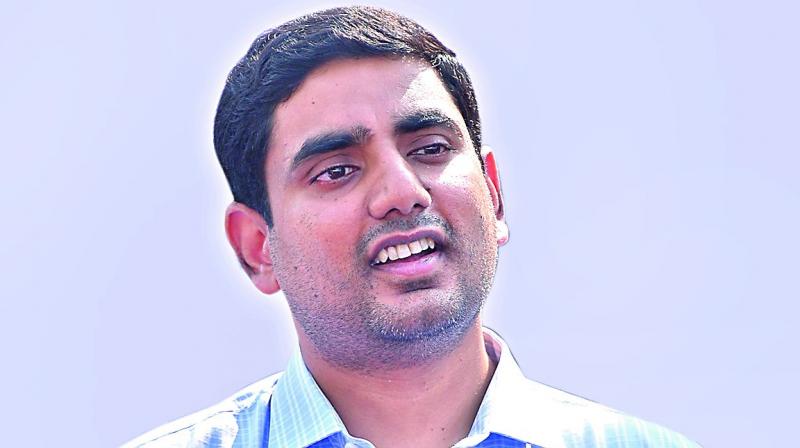 VIJAYAWADA: Sleuths of Crime Investigation Department (CID) arrested Telugu Desam leader B. Jyothisri on charges of posting objectionable comments on social media platforms. They produced her before the sixth additional magistrate court which granted her bail on Wednesday.

The arrest of TD leader followed a complaint by MLC L. Appireddy that Jyothisri, hailing from Tenali in Guntur district, is posting comments that can cause conflict between two groups within the society. On Appireddy’s complaint, CID booked a case and took the TD leader into custody. She was then subject to questioning at the CID’s regional office in Guntur on Tuesday.

Following these developments, TD national general secretary Nara Lokesh on Wednesday urged those victimised by Y. S. Jagan government to log on to website https://itdpblog.com/ and register the atrocity committed by YSRCP gangs and the erring police concerned. Those harassed can also use the WhatsApp link provided on the website for getting all necessary help.
Lokesh said launch of iTDP website is another step in party's efforts to come to the rescue of people being targeted by ruling party.

Anitha condemned detention of Jyothisri in the police station till late night in the name of investigation into her social media posts. The Chief Minister and his advisors are obviously scared and terrified of their unpopularity on social media, she stated.

The TD leader called Jyothisri’s detention yet another dark day for women in AP under the ruling YSRC dispensation. Police detained the TD activist till late in the night without considering the safety of her little children, Anitha pointed out.