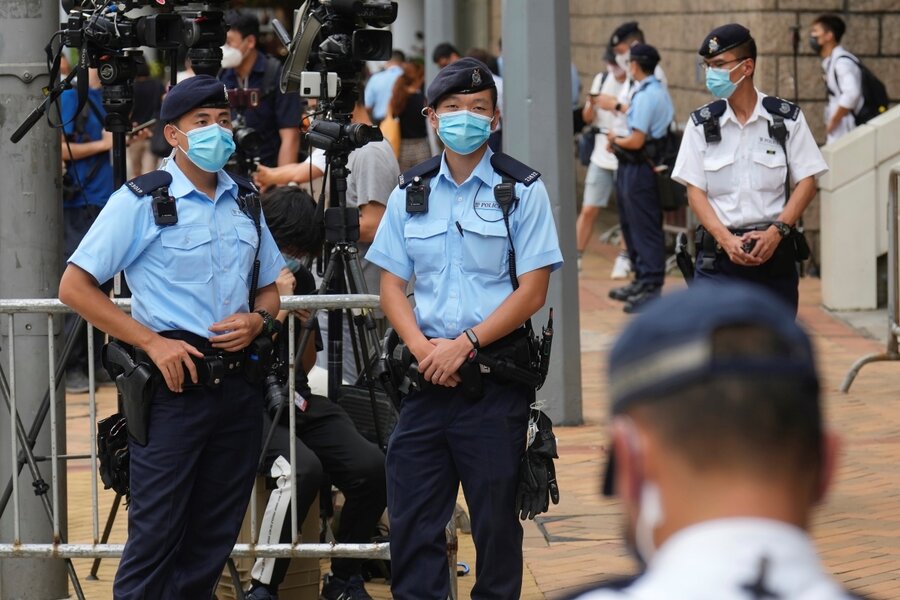 President Joe Biden granted temporary refuge Thursday to people from Hong Kong amid the Chinese government’s effort to crush the pro-democracy movement and tighten its control on a city once known for its freedom.

Mr. Biden signed a memorandum allowing people from Hong Kong currently residing in the United States to live and work in the country for 18 months, a move likely to further inflame the already tense relations between Washington and Beijing.

The decision to provide a temporary safe haven comes in response to Hong Kong’s sweeping new national security law and other measures that undercut the rights promised when the former British colony was handed back to China in 1997. It also comes as China and the U.S. are at odds over a range of foreign policy and trade issues.

“Given the politically motivated arrests and trials, the silencing of the media, and the diminishing space for elections and democratic opposition, we will continue to take steps in support of people in Hong Kong,” White House press secretary Jen Psaki said.

The Chinese government has sought to stifle opposition following protests in Hong Kong in 2019 against a proposed law allowing extraditions to mainland China. Under the new national security law, which took effect in June, police have arrested at least 100 opposition politicians, activists, and demonstrators.

Changes have also been made to Hong Kong’s election laws to reduce the number of directly elected lawmakers and give a largely pro-Beijing committee the leeway to nominate lawmakers aligned with the mainland government.

“Despite widespread demonstrations, which brought millions together to call for greater freedom, Hong Kong’s promise of democracy has dimmed,” Secretary of State Antony Blinken said as the measure granting safe haven was announced.

China bristles at the criticism, saying it is merely restoring order to the city and instituting national security protections found in other countries. It has denounced U.S. sanctions on Hong Kong officials as interference in its domestic affairs.

Pro-democracy activists in exile pleaded with Congress last month to pass legislation to provide both temporary refuge and permanent refugee status in the U.S. after Hong Kong police confirmed they had a list of more than 50 people who would be arrested if they attempted to leave.

“With nearly every prominent pro-democracy voice in Hong Kong in jail, awaiting trial, or overseas in exile, it is clear that there is an increased need for the United States to do more, particularly now that Beijing is closing travel routes with the suspension of direct flights between Hong Kong and the UK,” they wrote in a letter to members.

There are several thousand people from Hong Kong in the U.S. who would be eligible to remain and avoid being deported under what is formally known as deferred enforced departure, according to the Department of Homeland Security.

Ms. Psaki didn’t rule out extending refuge beyond 18 months when asked about the possibility at a White House briefing. “Obviously, our hope and our objective and our work on the international forum is to change the behavior that is happening and the oppression that we’re seeing of the people in Hong Kong,” she told reporters.

Under U.S. law, the president is able to grant deferred enforced departure as part of constitutional power to conduct foreign relations. Former President Donald Trump granted it for Venezuelans just before he left office.

Members of Congress have for months called for granting temporary protected status to people from Hong Kong, prompting criticism from immigration opponents that it would allow people to stay who aren’t opponents of the Chinese government. There is also broader criticism that previous recipients of temporary status have obtained quasi-permanent legal residency after repeated extensions.

The deferred departure authorized by the Biden administration for people from Hong Kong exempts them from deportation except in certain circumstances, including people who voluntarily return to the city, have not continuously resided in the U.S., or have committed a felony or two or more misdemeanors while in the country.

The trouble with transparency: How pandemic is challenging the CDC

Victim speaks out after police officer filmed stomping on his head