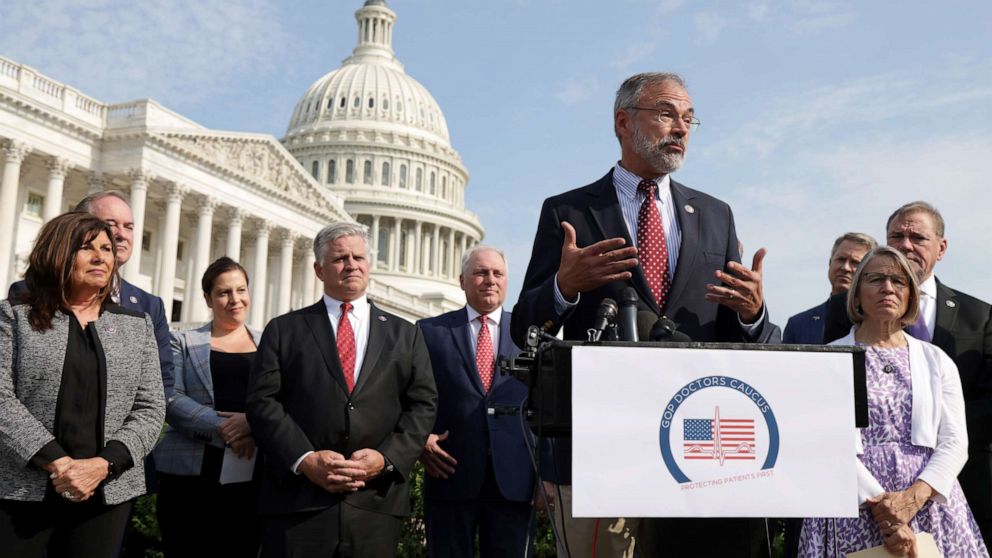 An unpredictable virus, plus shifting scientific consensus, plus bureaucratic inertia would be enough of a challenge.

Toss in the politics of the moment — yes, politics that plays inside both parties — and the enormity of the task ahead presents itself.

The America that President Joe Biden said was “coming back together” on the Fourth of July is neither coming back nor together at the start of August. It’s testing Biden’s commitments to both follow the science and be honest and transparent about COVID-19 and what should be done about it.

“Things are going to get worse,” Dr. Anthony Fauci told ABC “This Week” co-anchor Jonathan Karl on Sunday. “We’re looking to some pain and suffering in the future because we’re seeing the cases go up, which is the reason why we keep saying over and over again the solution to this is get vaccinated.”

The vaccine part of the Biden administration’s message hasn’t shifted. But guidance around mask-wearing has, and the White House has only partially confronted questions about whether vaccines should be mandatory in the public and private sectors.

Some Republicans are being reflexively anti-Democrat — and anti-Fauci — and are offering reckless responses based on exaggerated concerns. But some are also making good-faith arguments about mask requirements potentially harming efforts to get more people vaccinated and want the administration to push faster for permanent vaccine authorizations.

Likewise, some Democrats fear that new mandates will be unenforceable and that the most prominent, potential messengers on COVID are among the least likely to be trusted by the people who need to hear the messaging.

The cultural resistance Biden and Fauci face at this moment doesn’t divide only or perhaps even primarily along ideological lines. They are confronting defiance, though the more problematic enemy may be weariness.

Back in April, Biden referred to his own party as “splintered.” These days, the Democratic Party’s cracks are apparent.

The latest fissure is fueled by the expiration of the eviction moratorium. Progressives who had long called for an extension to support the millions of Americans behind on rent, are frustrated the White House and Democratic leadership hasn’t done more.

“We cannot in good faith blame the Republican Party when House Democrats have a majority,” Rep. Alexandria Ocasio-Cortez, D-N.Y., said on CNN.

Rep. Cori Bush, D-Mo., slept on the steps of the Capitol over the weekend to bring attention to the issue. In an interview with ABC News’ Alex Presha, she criticized Democrats who have gone on vacation during a six-week recess and called for the House to reconvene.

“How do we take vacation when we have people who won’t even have a home? How, when we are supposed to represent the people of our districts, when our first job is to make sure that their basic needs are met — how do we go on vacation?” said Bush.

In addition to the eviction moratorium, Progressives mindful of the razor-thin Democratic majorities in both chambers, are leveraging their power on the bipartisan infrastructure deal to push the passage of the budget reconciliation “human infrastructure” plan.

A familiar face could challenge incumbent Sen. Lisa Murkowski in 2022, as former Alaska Gov. and vice-presidential candidate Sarah Palin opens the door to a Senate run.

In a recently surfaced video that was posted to Instagram by the Harvest International Ministry, Palin said “if God wants me to do it, I will,” when asked if she would return to the campaign trail.

“You know, there’s — there’s a female Republican who has already jumped in the race, kind of the scary thing about it is, I’ve been in politics, like, all my life up there in Alaska and I never heard of her, so that kind of, you know, made me hesitant, and I do the prayer about whether I should (run) or not,” Palin told Ché Ahn, founder of the Harvest International Ministry, in the video.

The candidate Palin appears to be alluding to is likely Trump-backed Alaska Department of Administration Commissioner Kelly Tshibaka, who announced her candidacy in March. Although Palin appeared on the 2016 campaign trail with the former president, her potential entrance to the race would present yet another test of the power of his early primary endorsements, which could already be on shaky ground given the outcome of last week’s special runoff election in Texas’s 6th Congressional District.

Donald Trump has not yet said whether he’ll run for president in 2024, but he’s already raising a huge war chest in case he does. New disclosure reports filed Saturday night show that his affiliated political committees have a total of $102 million in cash on hand going into July. Trump’s team claims to have raised $82 million of that in the last six months. https://abcn.ws/3C3f8DR

FiveThirtyEight’s Politics Podcast. Cases of COVID-19 are surging in the U.S., largely due to the spread of the delta variant. Earlier this summer, an average of 11,000-15,000 cases per day were reported to the Centers for Disease Control and Prevention, but that average is now surpassing 60,000 per day. The federal government and some states have started taking measures to try to increase vaccination rates, particularly among public employees and health care workers. A recent Hill-HarrisX poll showed that a solid majority of voters would support the reinstatement of mask mandates in their area if COVID-19 cases started to spike, but overall, Americans are split on what to do about the rise in cases. In this installment of the FiveThirtyEight Politics podcast, the crew talks about where Americans stand on mitigation efforts, how politicians are responding and what public health experts are saying about the current state of the pandemic. https://53eig.ht/3fc3zR7