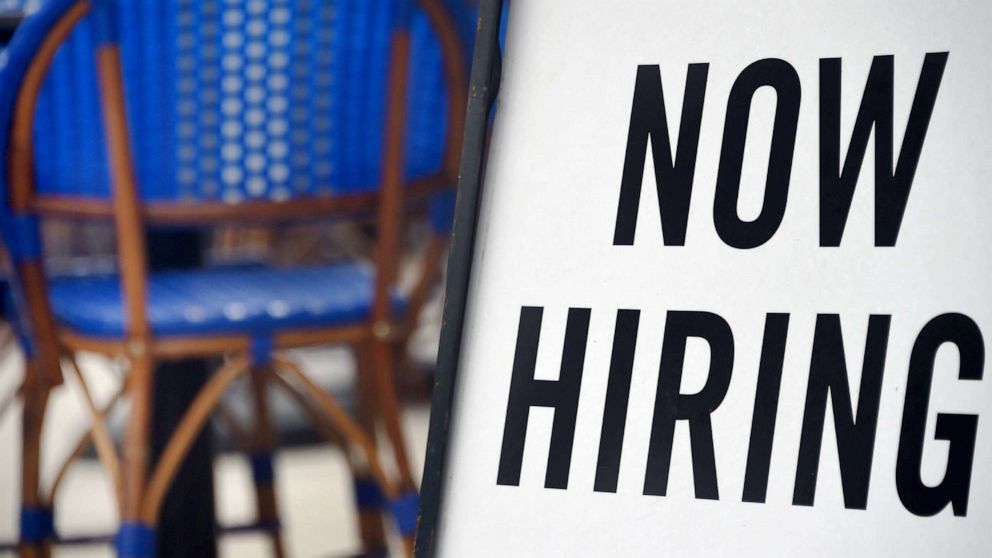 U.S. employers added a higher-than-expected 943,000 jobs last month, the Department of Labor said Friday, as the unemployment rate declined by a fraction of a percentage point to 5.4%.

A recent surge in virus cases in the U.S., propelled largely by the spread of the highly contagious delta variant, casts a shadow over the data collected in the earlier part of the month.

“While our economy is far from complete and while we doubtlessly will have ups and downs along the way — we continue to battle the delta surge of COVID — what is indisputable now is this: the Biden plan is working, the Biden plan produces results, and the Biden plan is moving the country forward,” President Joe Biden said in remarks Friday after the DOL report was released.

The president noted that unemployment at “the lowest rate since the pandemic hit,” largely crediting his American Rescue Plan for turning things around from the “economic mess” his administration inherited.

While the latest figures indicate the economic recovery is gaining steam, the unemployment rate still remains well above the pre-pandemic figure of 3.5% seen in February 2020. Employment in July is up by some 16.7 million jobs since April 2020, the DOL said Friday, but it’s still down by 5.7 million from the economy’s pre-pandemic levels.

Breaking down leisure and hospitality gains further, two-thirds of those jobs added were in food services and drinking places, which saw some 253,000 jobs added last month. This sector was clobbered by the pandemic early on but has since faced new struggles in hiring back workers as many restaurants are reopening simultaneously.

Despite the recent growth, employment in leisure and hospitality is still down by some 1.7 million jobs compared with February 2020.

The jobs gains in local government education may be due to fluctuations in education staffing during the pandemic that could have distorted the normal seasonal hiring and layoff patterns, the government agency said.

Broken down by racial groups, the uneven impact of the economic downturn remained apparent. The unemployment rate in July was 4.8% for white workers, 8.2% for Black workers, 6.6% for Hispanic workers and 5.3% for Asian workers.

Meanwhile, fresh data also indicates that more people are returning to the office, though this figure could fall again as the delta variant spreads. Some 13.2% of employed persons teleworked last month due to the pandemic, down from 14.4% in the prior month.

“Today, about 400 people will die because of the Delta variant in this country — a tragedy because virtually all of these deaths were preventable if people had gotten vaccinated,” the president said. He thanked those who have been vaccinated, and noted that on this day one year ago some 4,000 people died from COVID-19.

“My message today is not one of celebration,” he added. “It’s one to remind us we got a lot of hard work left to be done, both to beat the delta variant and to continue our advance of economic recovery.”