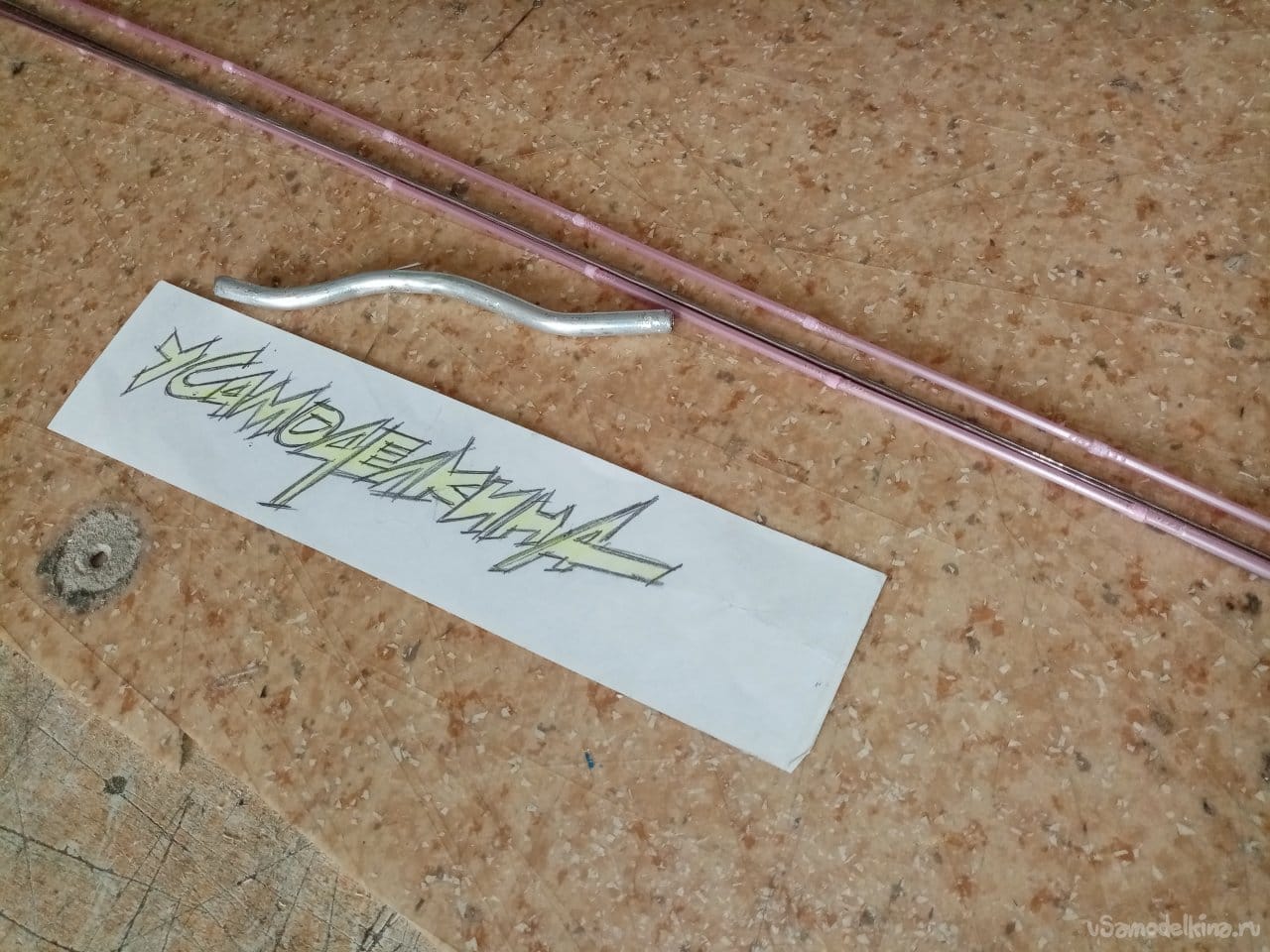 There was a need to extend the control rods to the host part of the glider model and install the servos directly in the cockpit of the model. These actions are a consequence of the modernization of the glider under the new rules in the F5J class competitions.
The model has been flying for a long time, and it is tailored to the old version of the rules. Which only limits the takeoff time to thirty seconds. Therefore, the apparatus is equipped with a powerful motor with 14×5 blades.
In thirty seconds it pulls the glider into the sky for four hundred meters and more.
The new edition limits not only the takeoff time to thirty seconds, but also an altitude of 200 meters.
For this purpose, a logger is used, turns off the engine after the time cutoff and records the takeoff altitude. And also does not allow you to turn it on again. Managed to fly above 200 meters get penalty points.
With the old engine my model reached the reference altitude at 15 seconds.
It was decided to remove the motor and put on a less heavy one, this will greatly facilitate the model. It is also possible to install a light battery in the space freed up in the bow.
I plan to chew off more than 200 grams of weight. This is very important for the glider.
I installed a new motor, it is clear that the center of gravity has moved back. Since my servos are in the tail section. 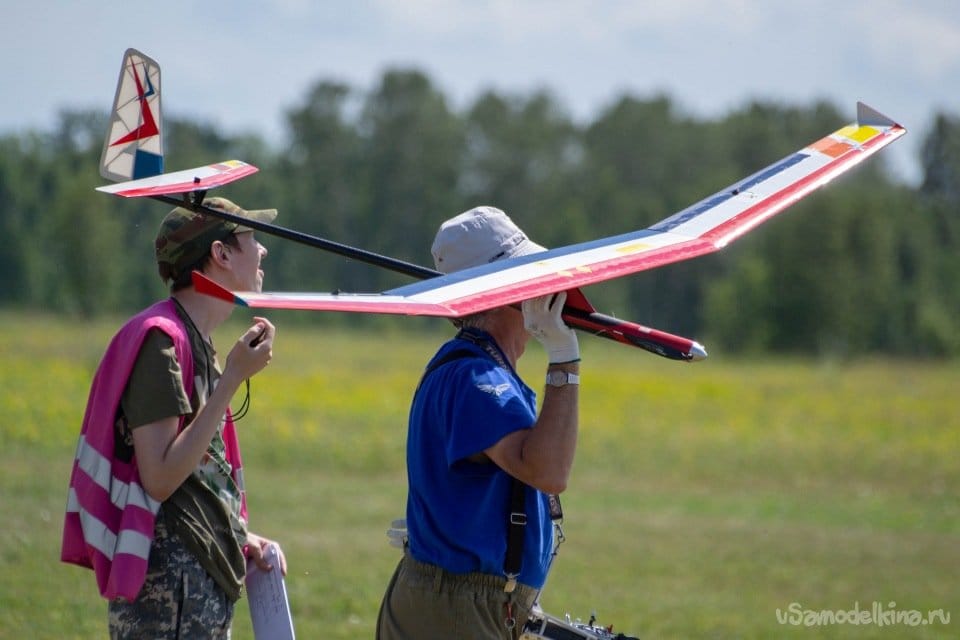 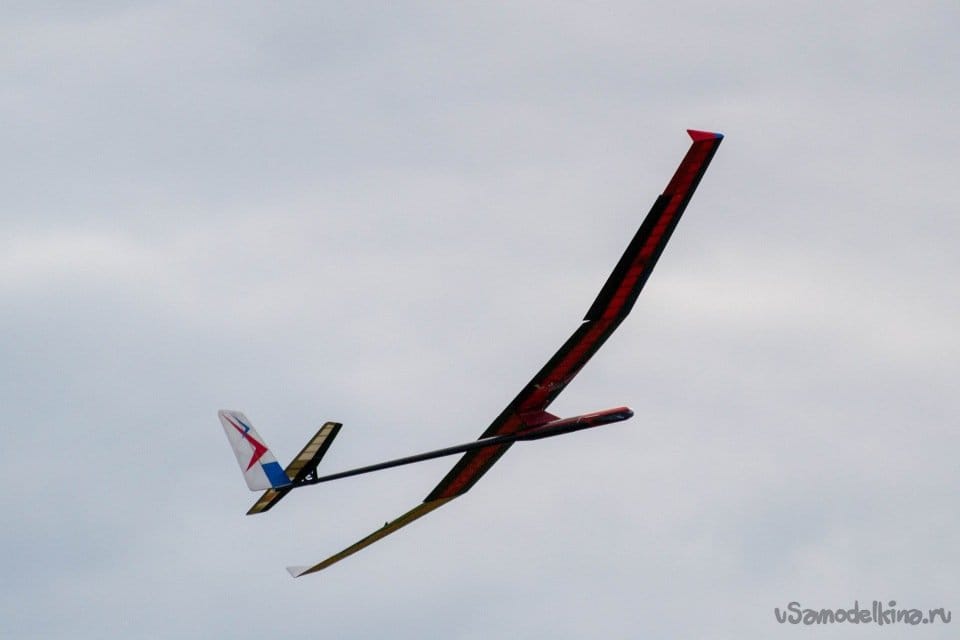 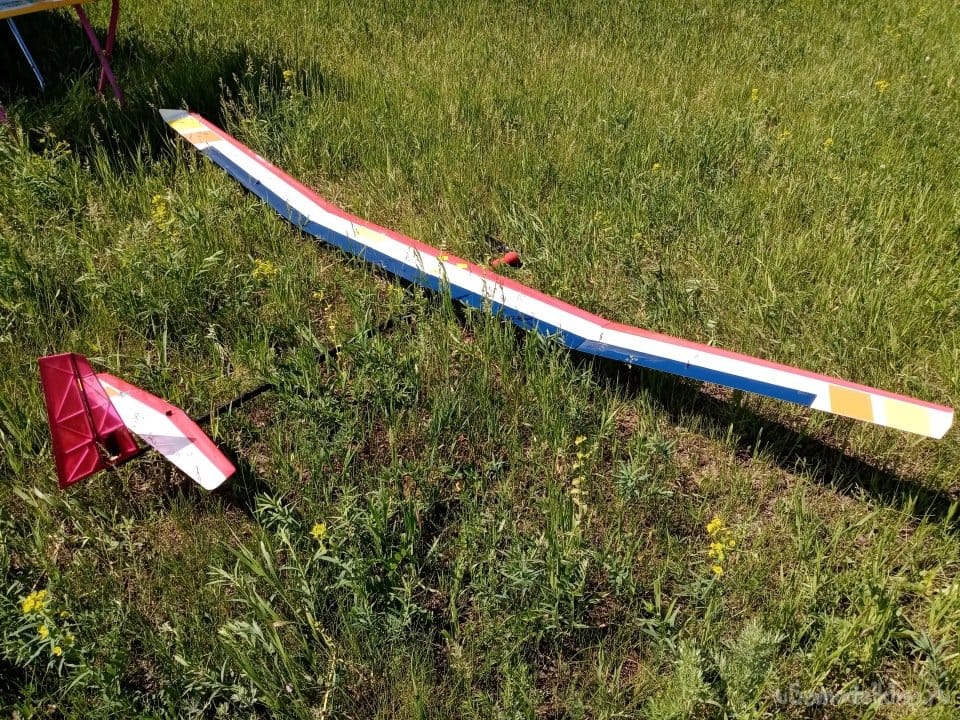 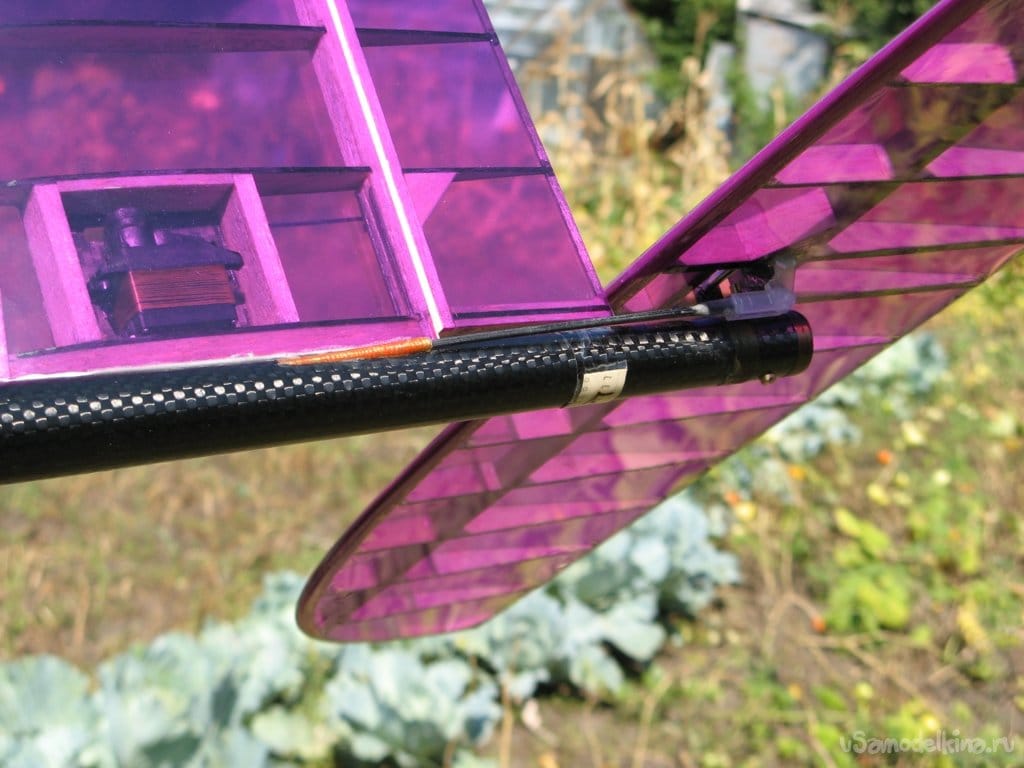 If you move servos in the cockpit, with the center of gravity everything will be in order, even there is the possibility to put a lighter battery. Instead of 1300, you can use 800 mAh. I'll play some more weight.
For better clarity, something like this. 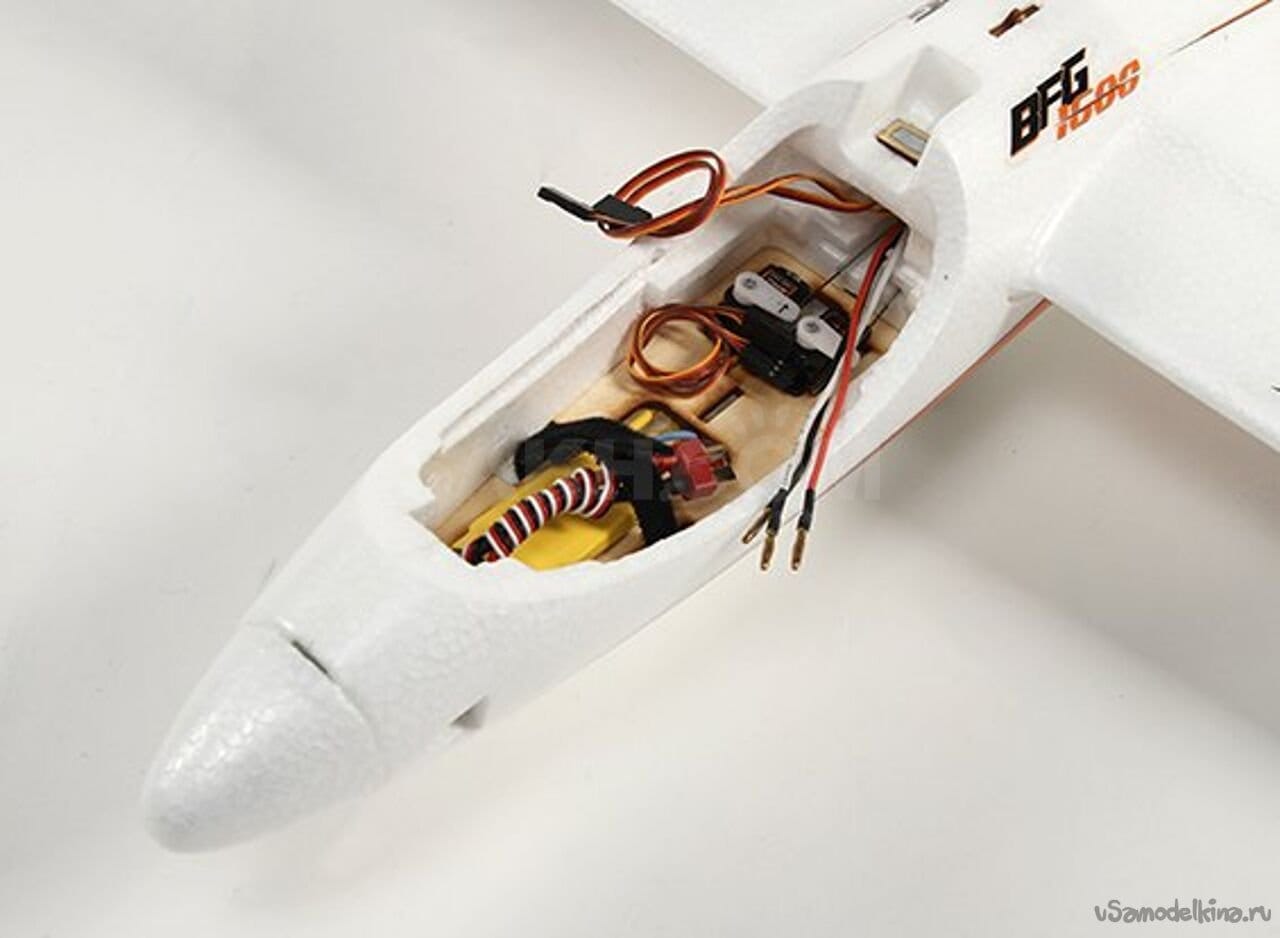 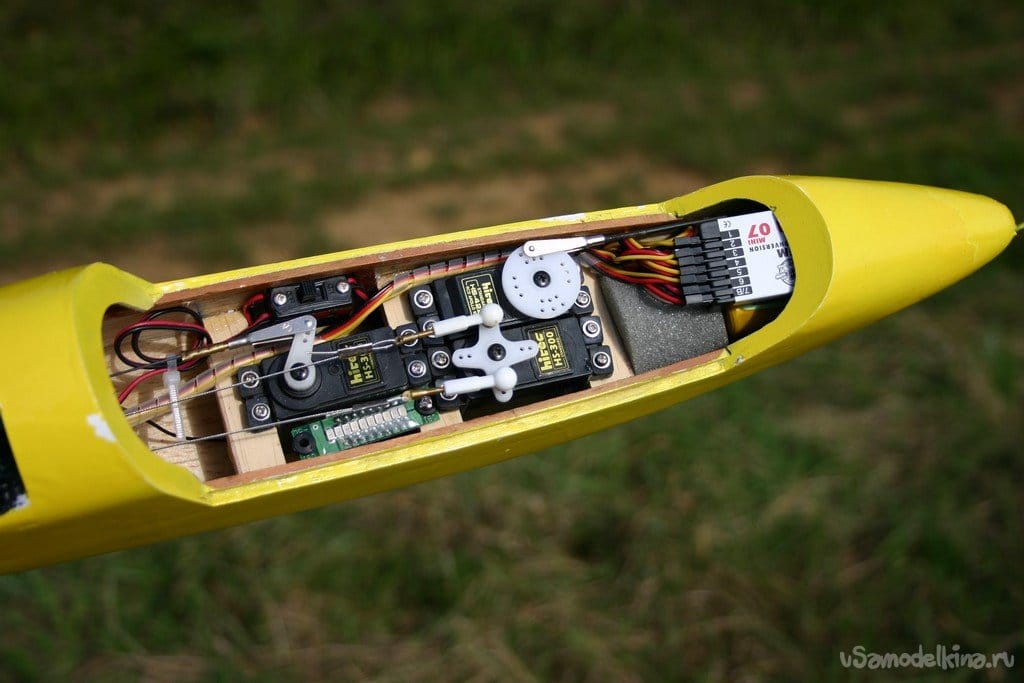 Everything in my fuselage is pretty tight. Servos are installed “by the train”. 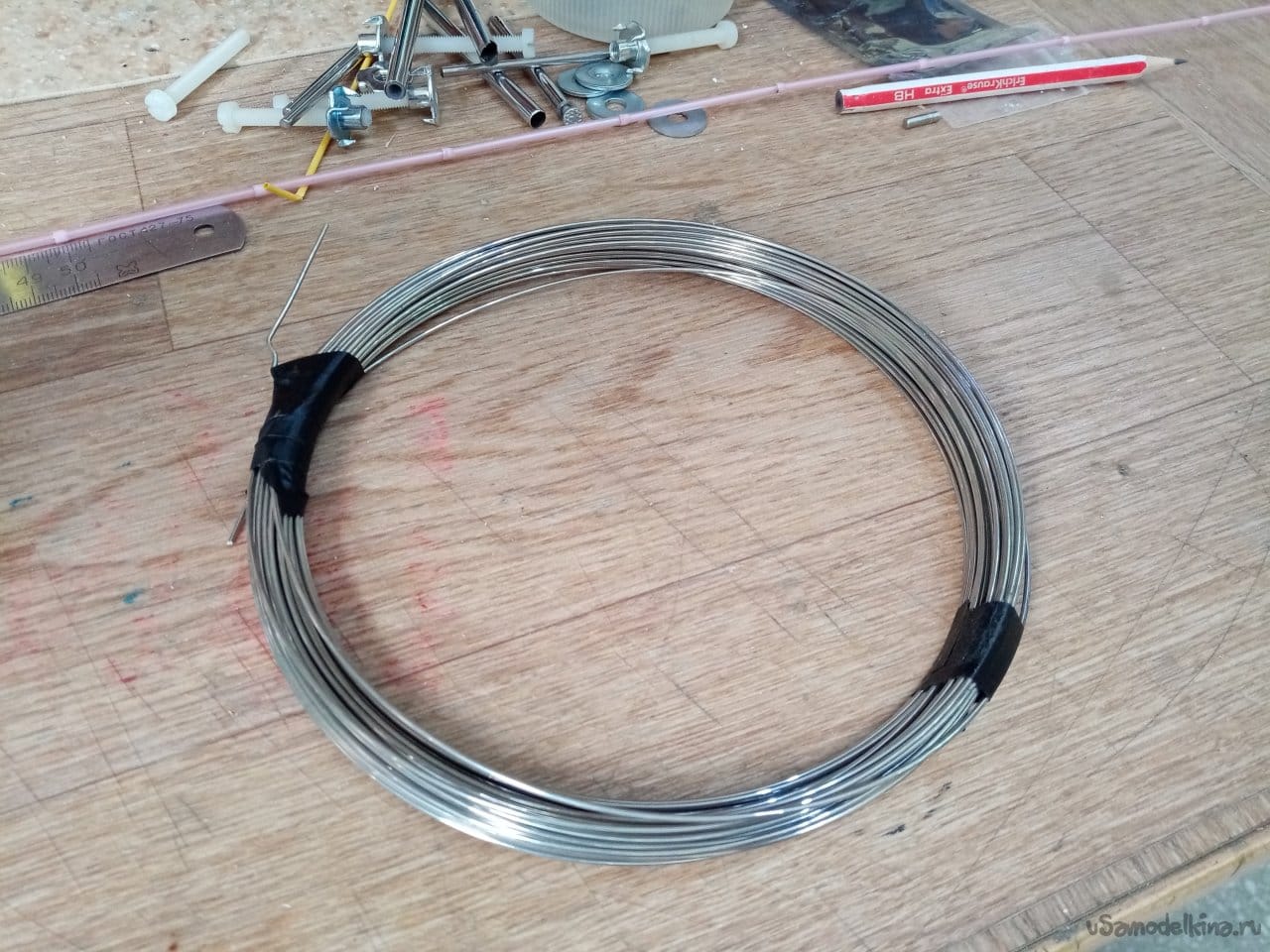 To install the rods in the tail, it must be straightened. The first attempt at straightening with the hands failed. This is to be expected, but I want a miracle. It didn't work out.
At school (when I was studying), they straightened the wire using a curved tube and a lathe.
I quickly bend the tube and fix it in the machine. 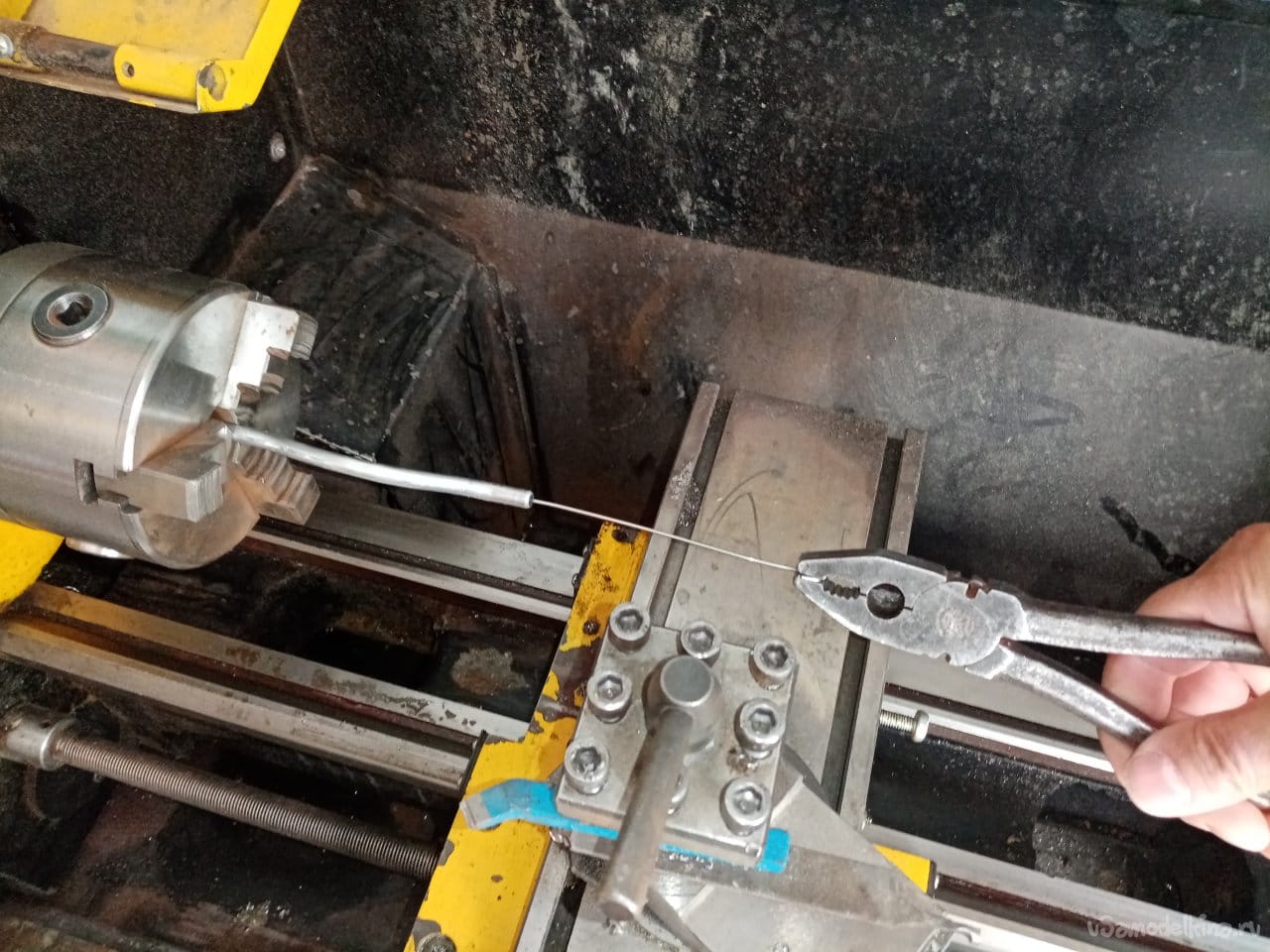 hold out, and this trick failed. The wire seems to be straight, but with small waves. What is the reason is not clear yet.
Changing the bend of the tube, no result
I clamp the tube in a vice and try to stretch it with a screwdriver. 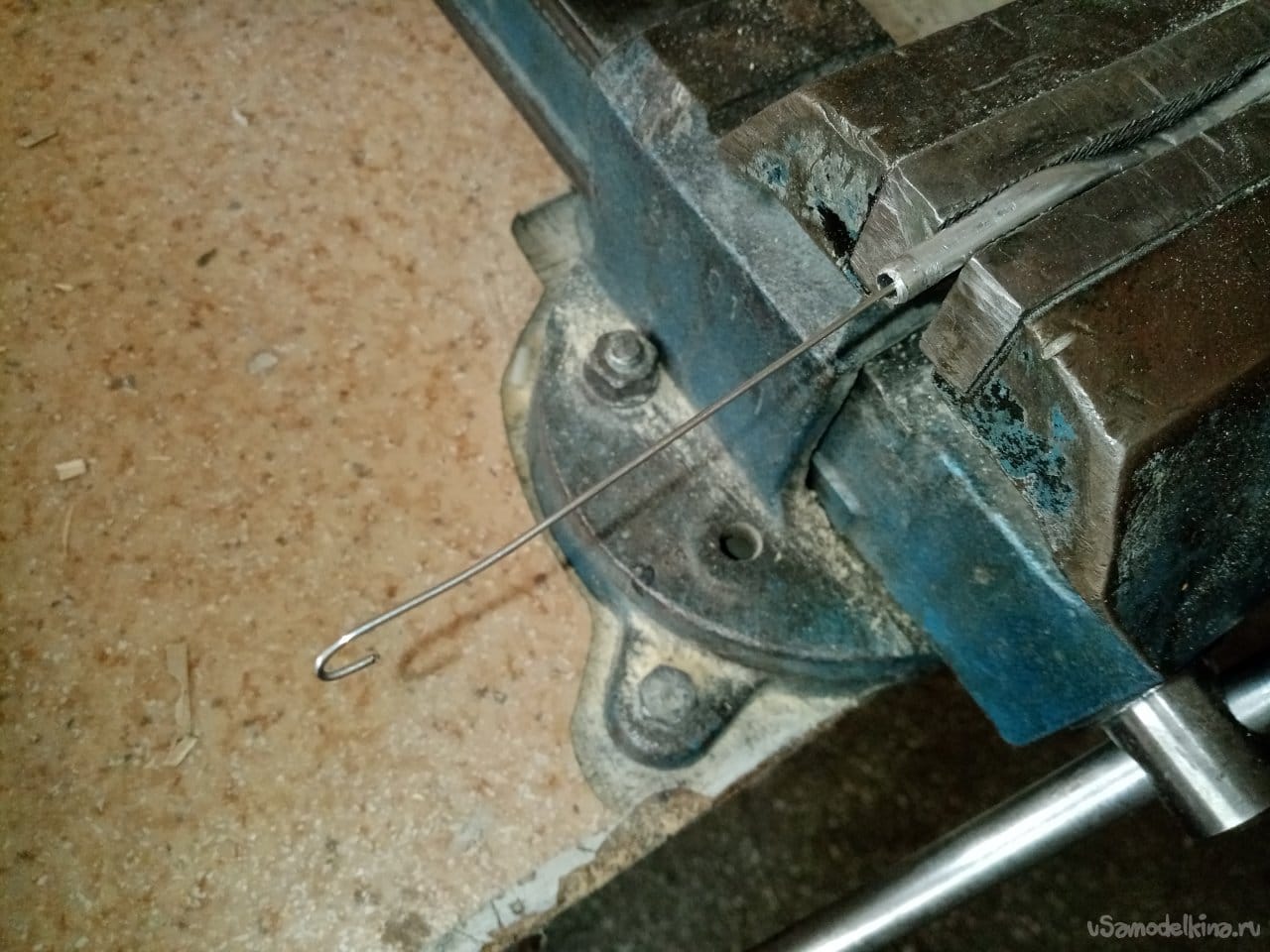 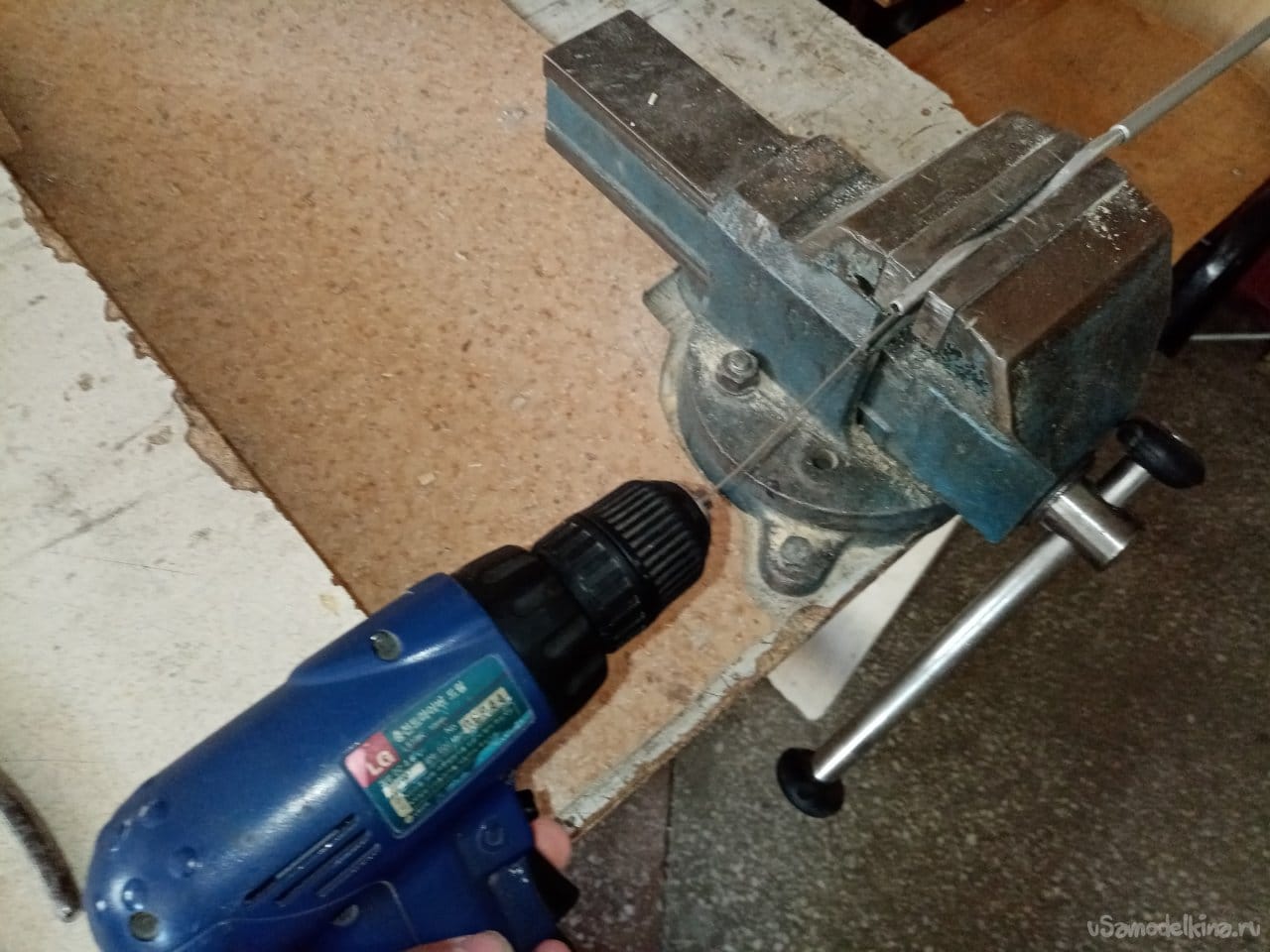 Again a bummer, the free end dangles through the air.
On to the bent tube I put on a second long tube, stuffed the wire into it. Nothing jumps and everything is fine … sort of. The output is the same small waves. 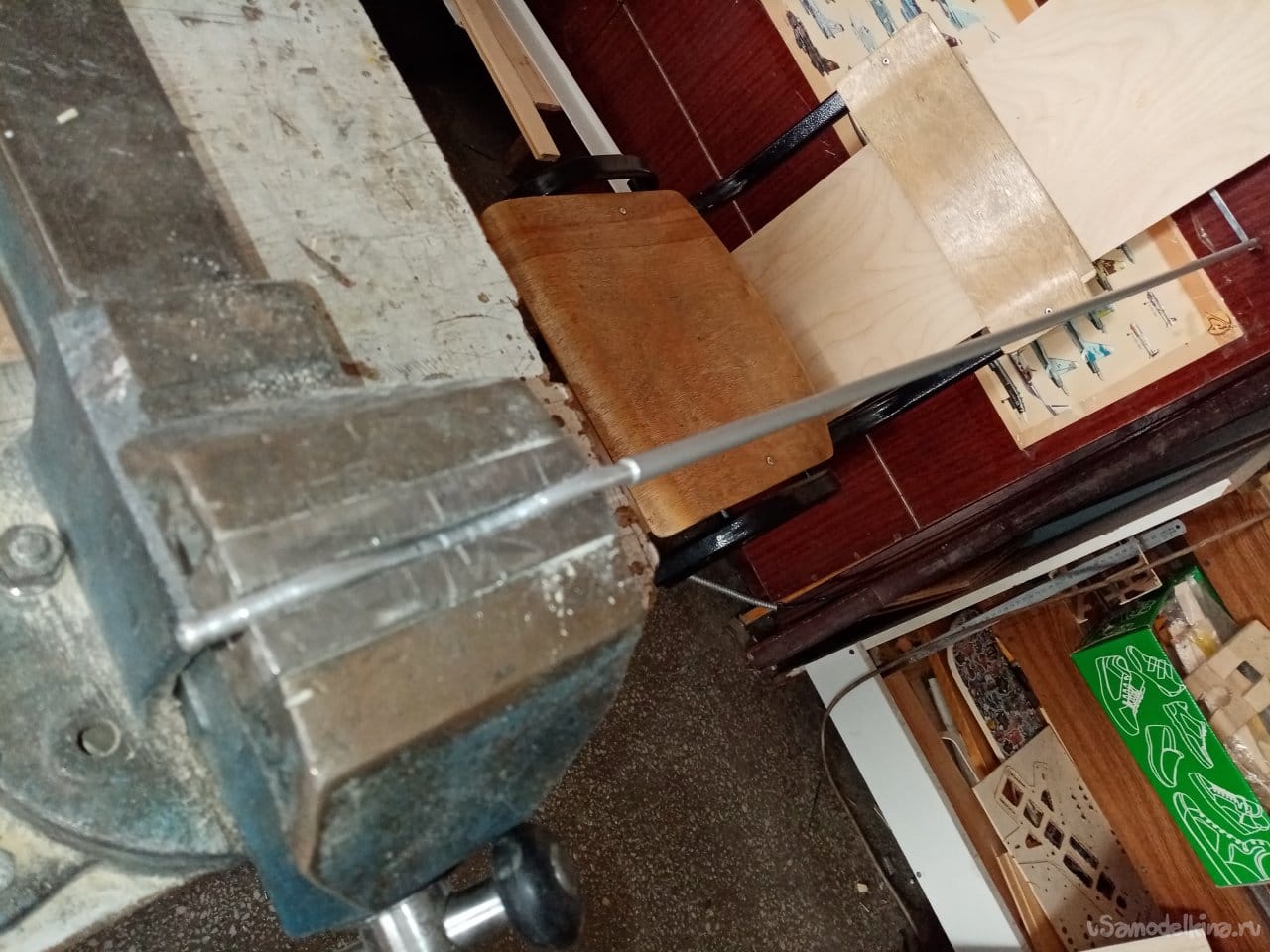 The day is over in experiments. So you can do the whole wire of lime.
Second day.
I continue the experiment, I have already bent the tube in different ways, the result is the same. It means there is only one error.
I'll try to increase the speed. We have a drill with a regulator. I assemble the system on a new one and connect the drill. Why bother, put on my gloves and set the RPM to maximum. I pull the wire very slowly and hold it with my free hand so that it does not vibrate. 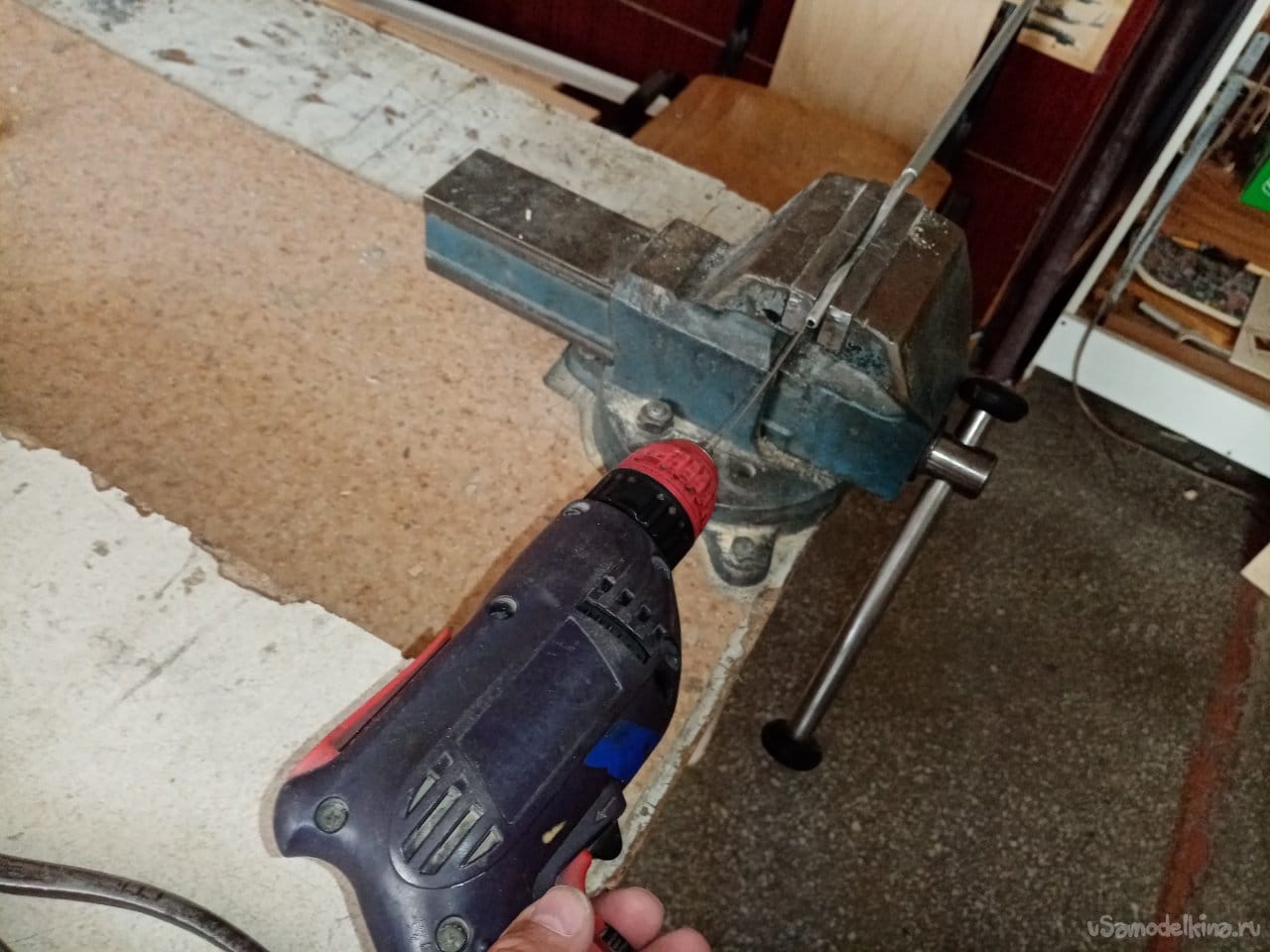 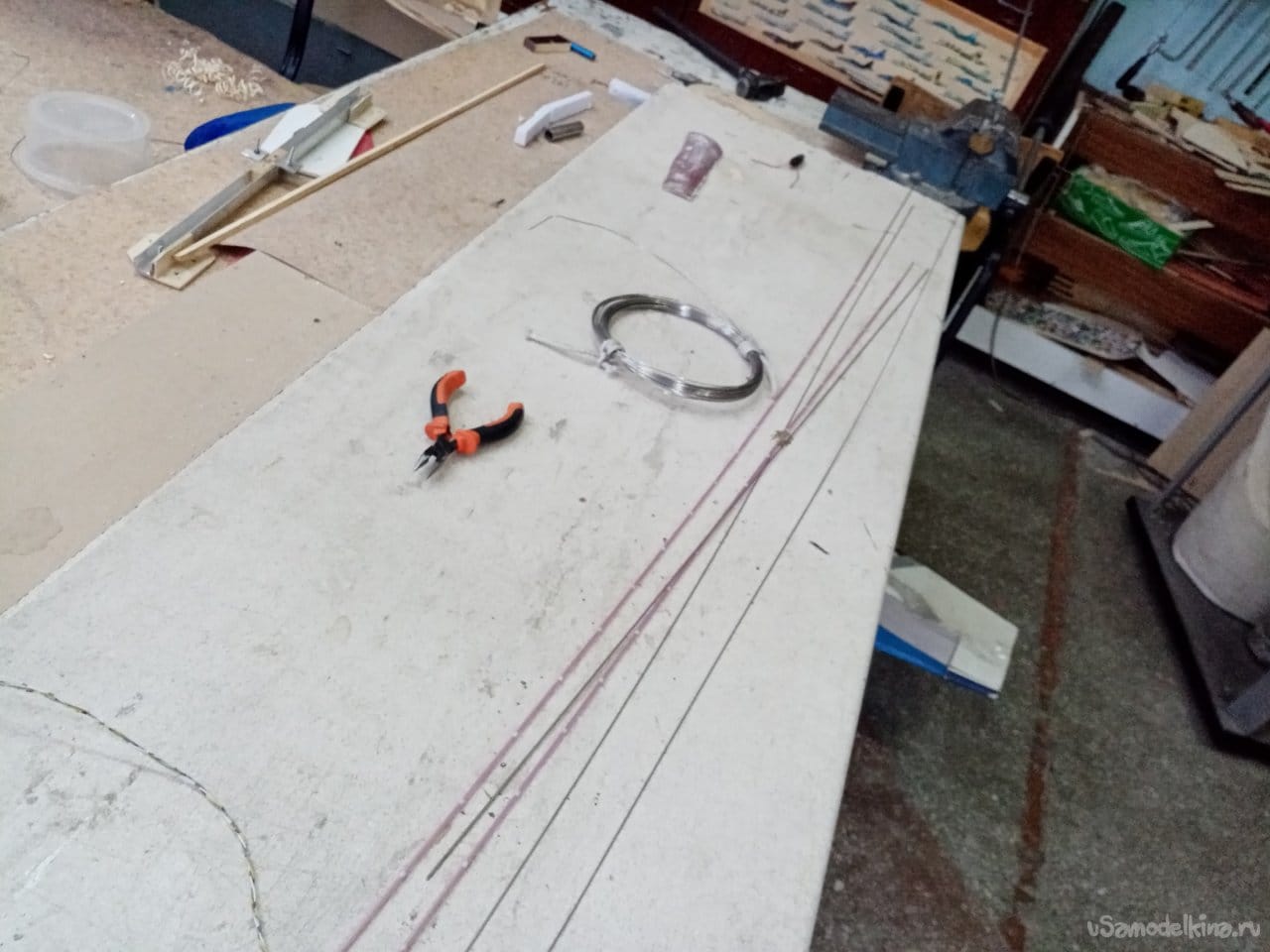 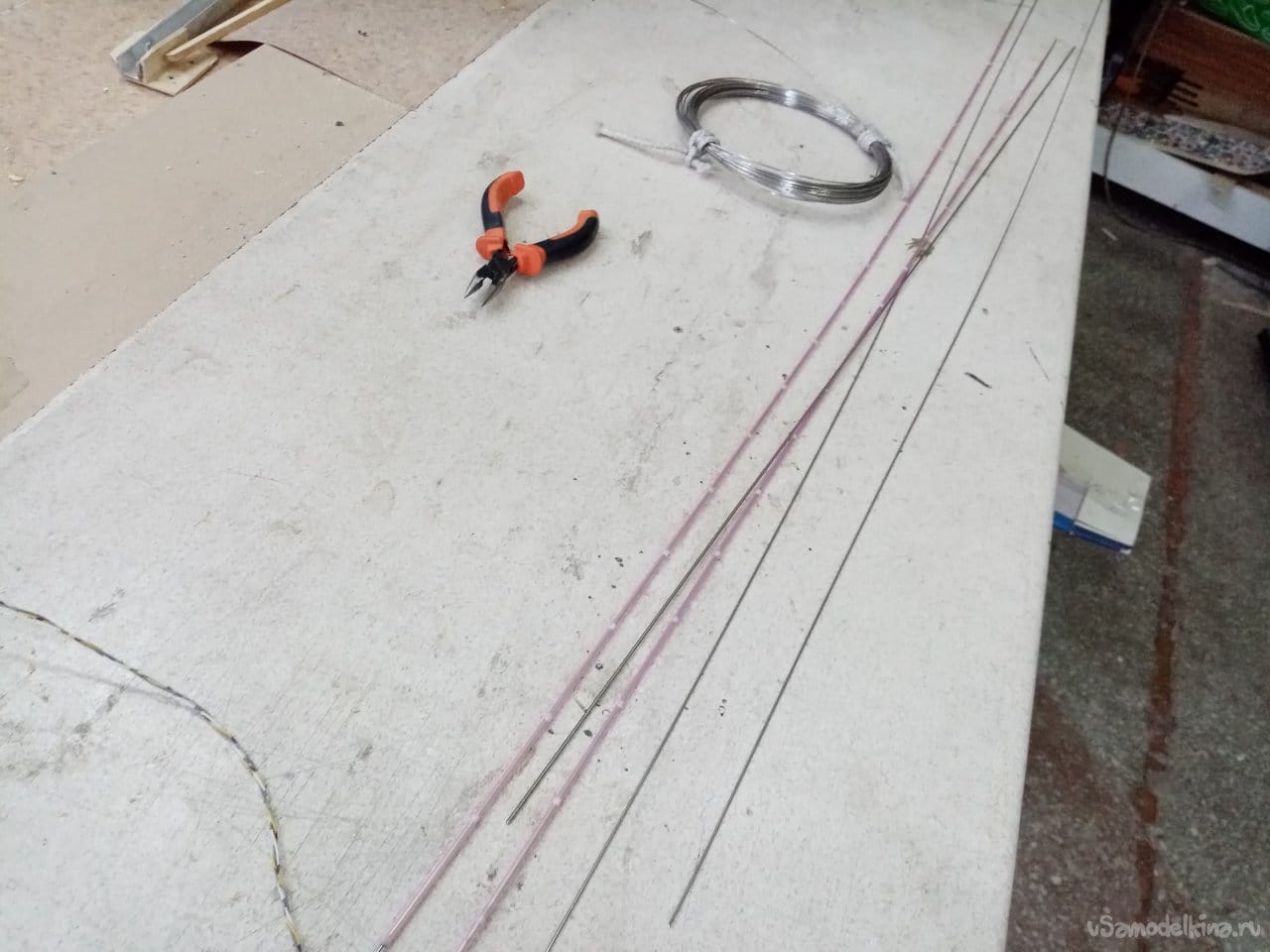 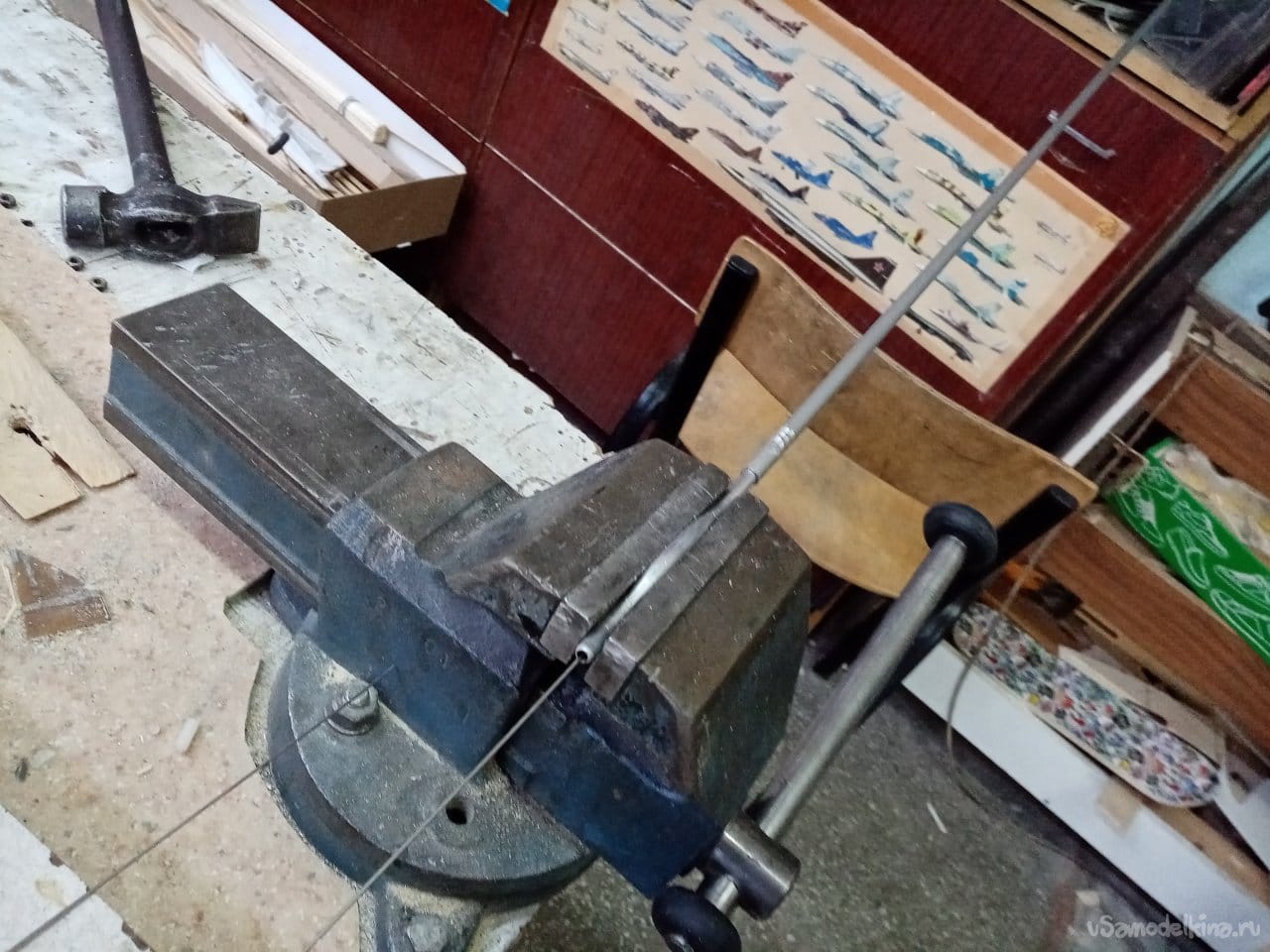 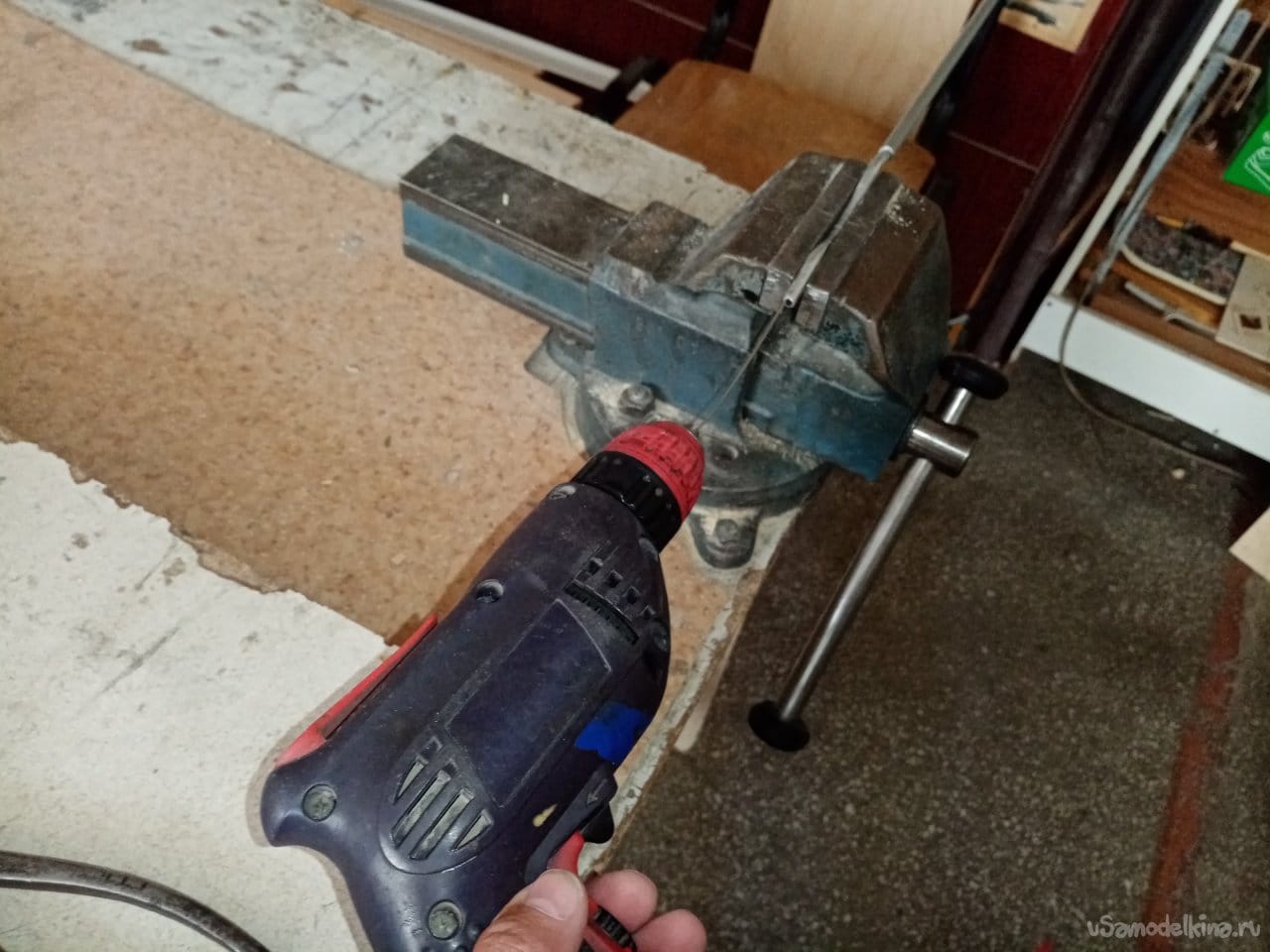 Tubes for Bowdens are made from ear sticks. First of all, I take off the ends of cotton wool. 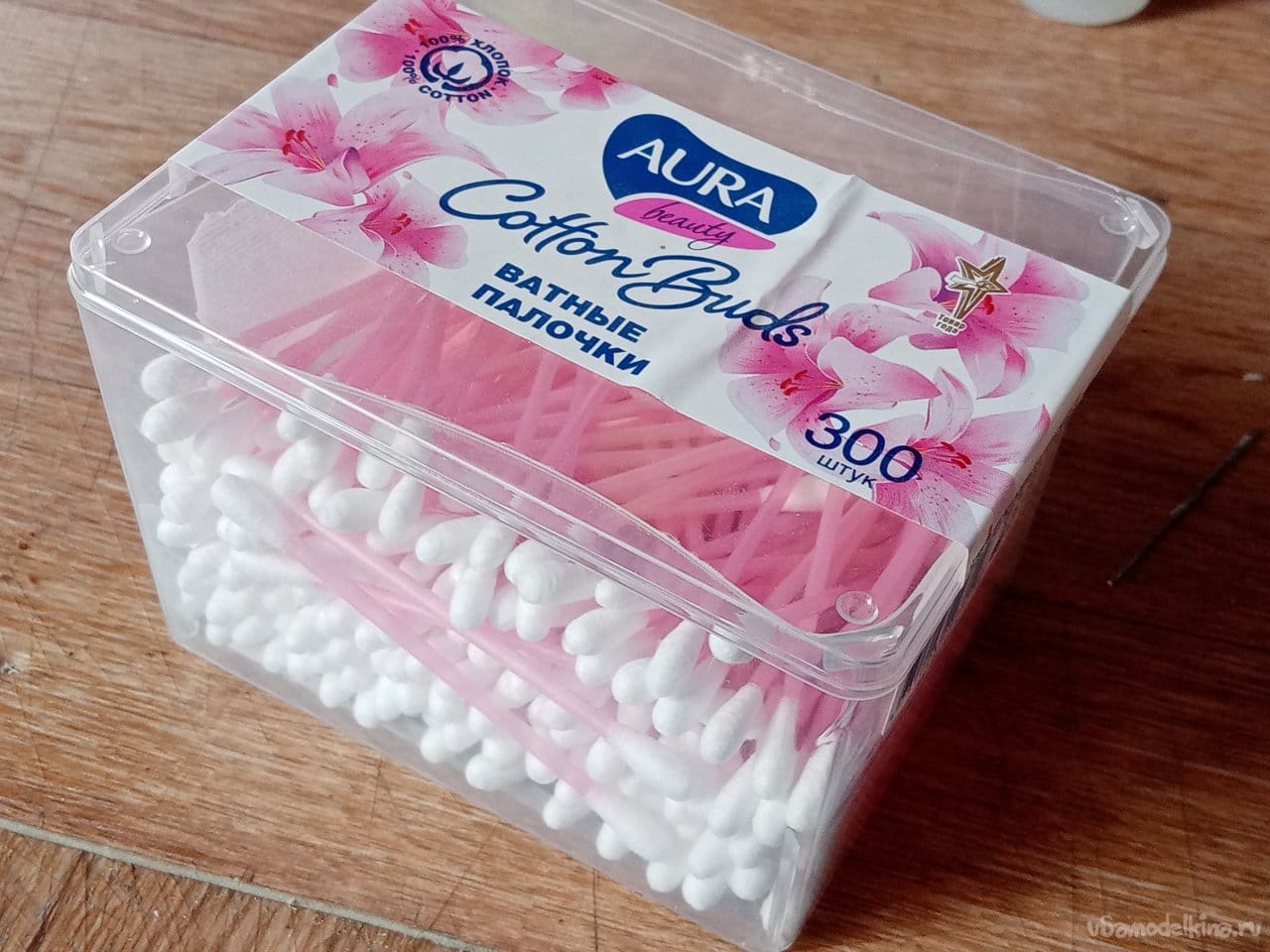 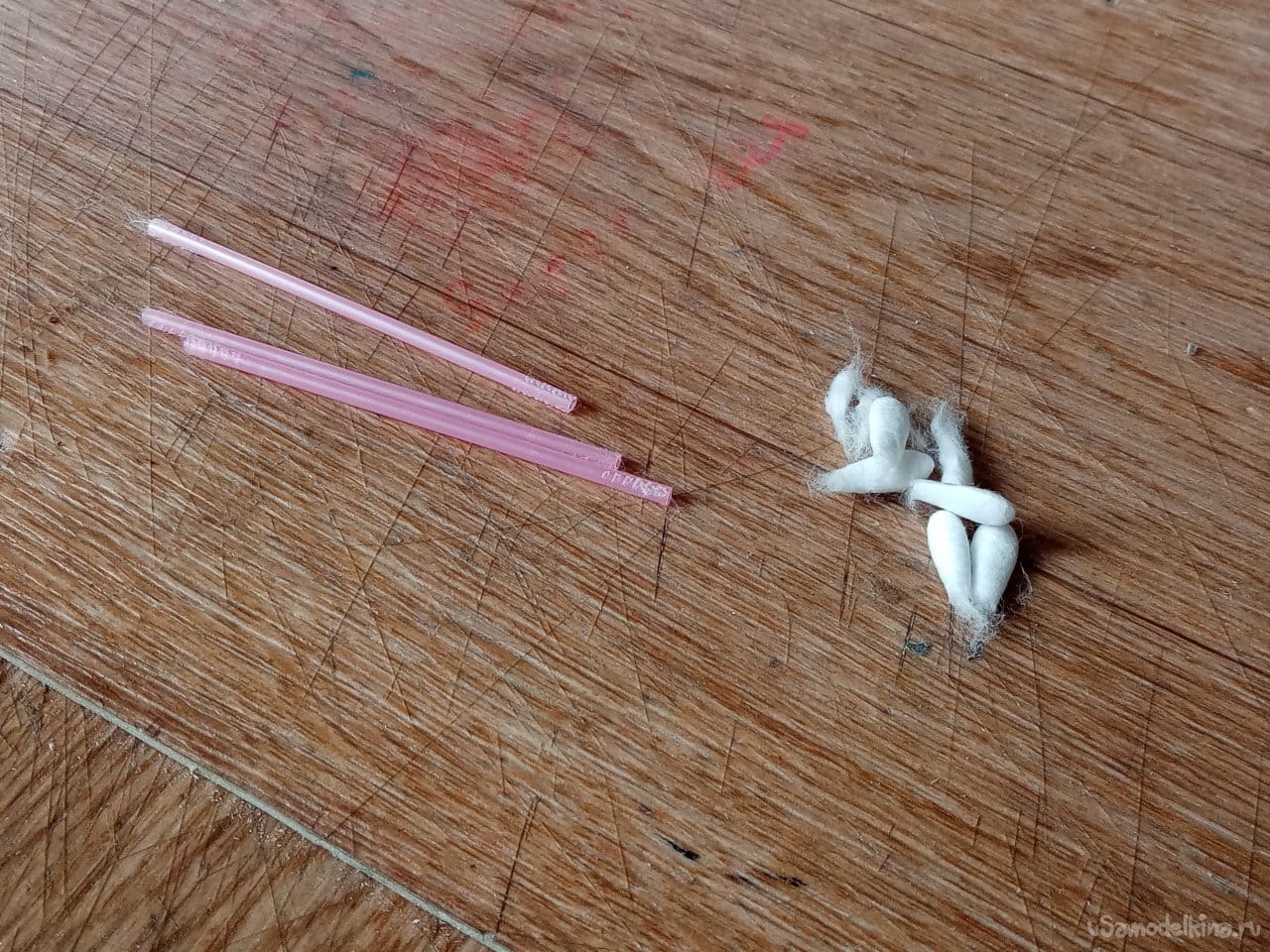 Then I expand the tube with a screwdriver of a suitable diameter and insert a second tube into it. 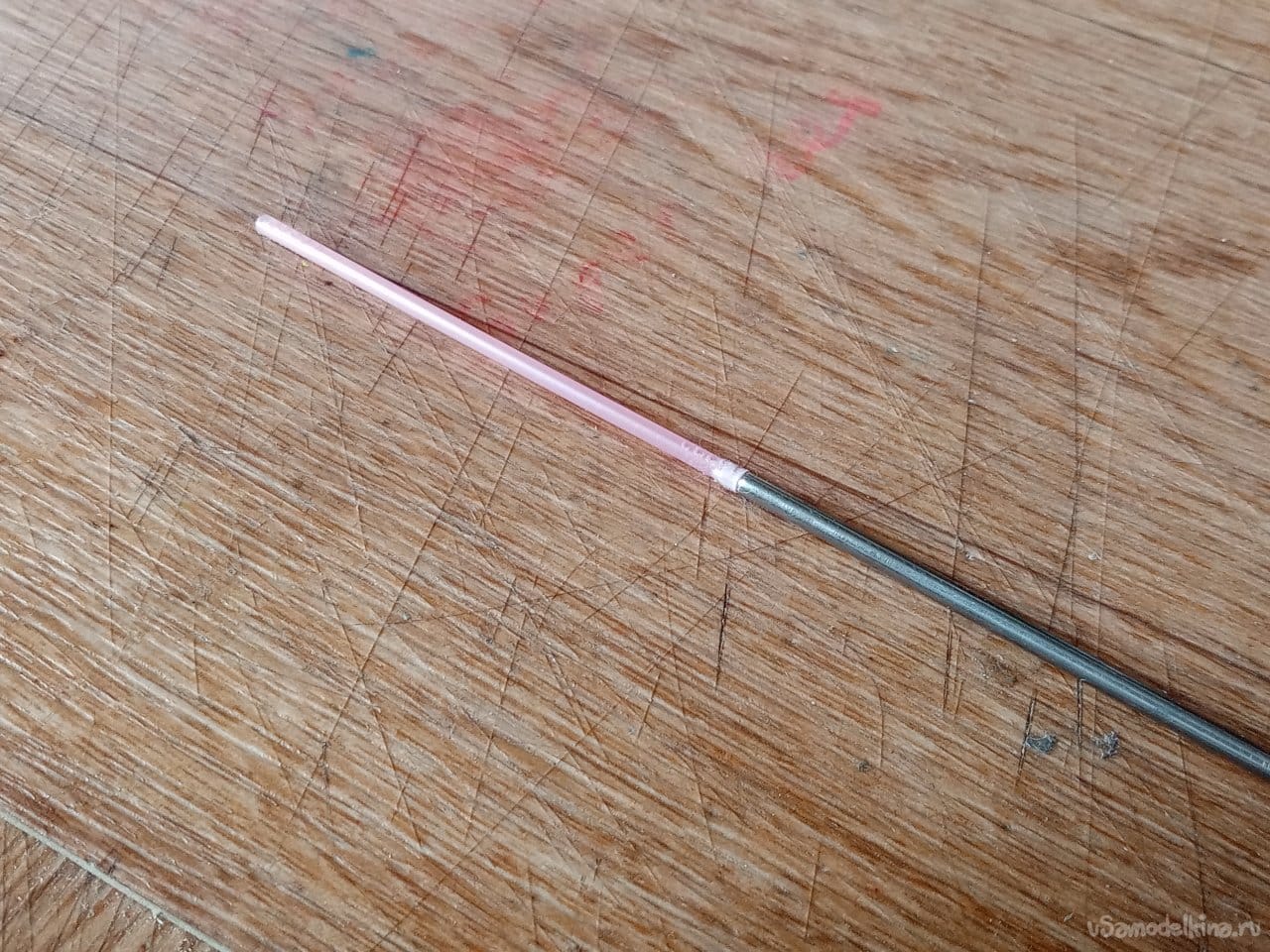 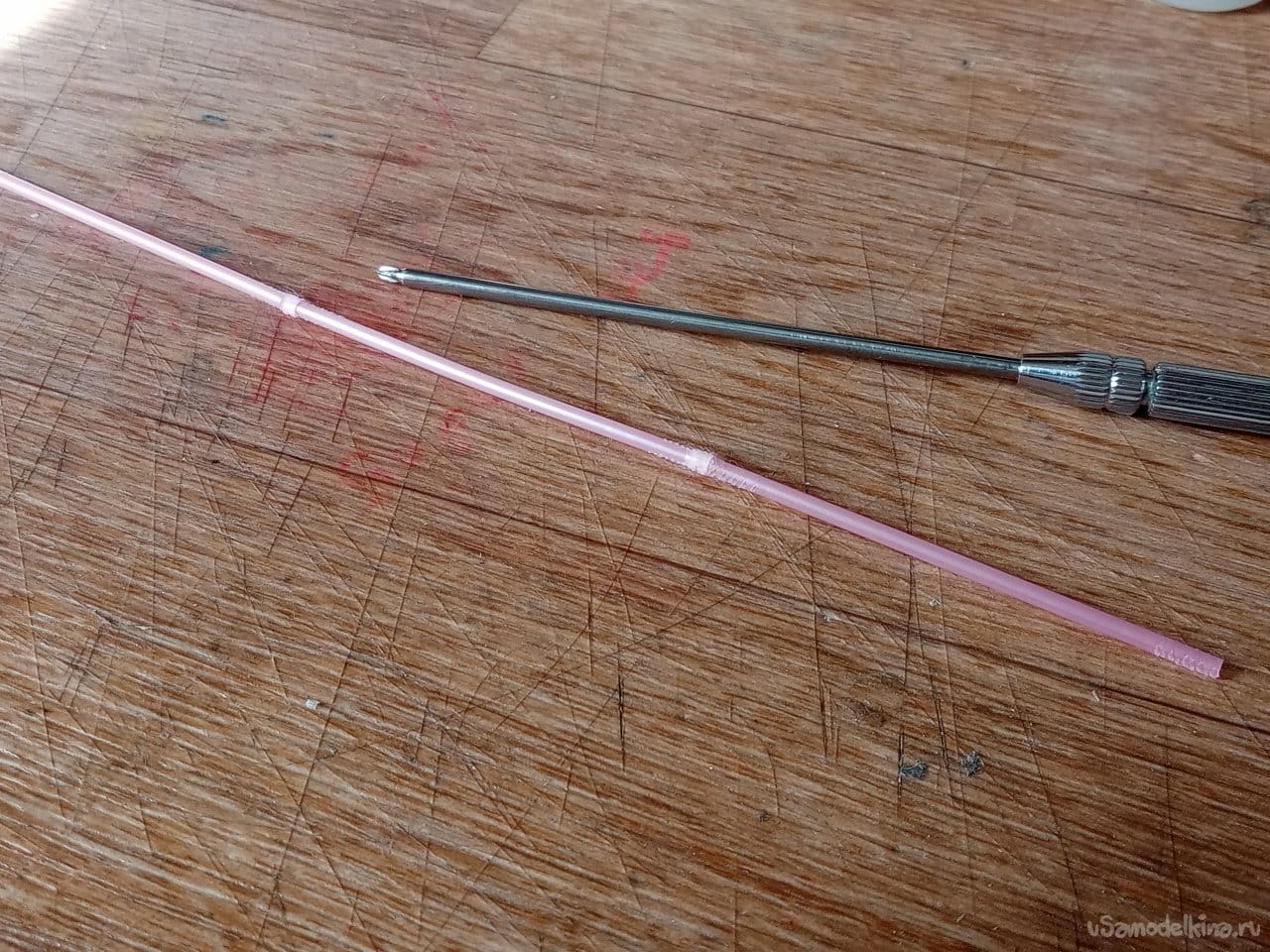 I align and spill the joints with cyacrine. 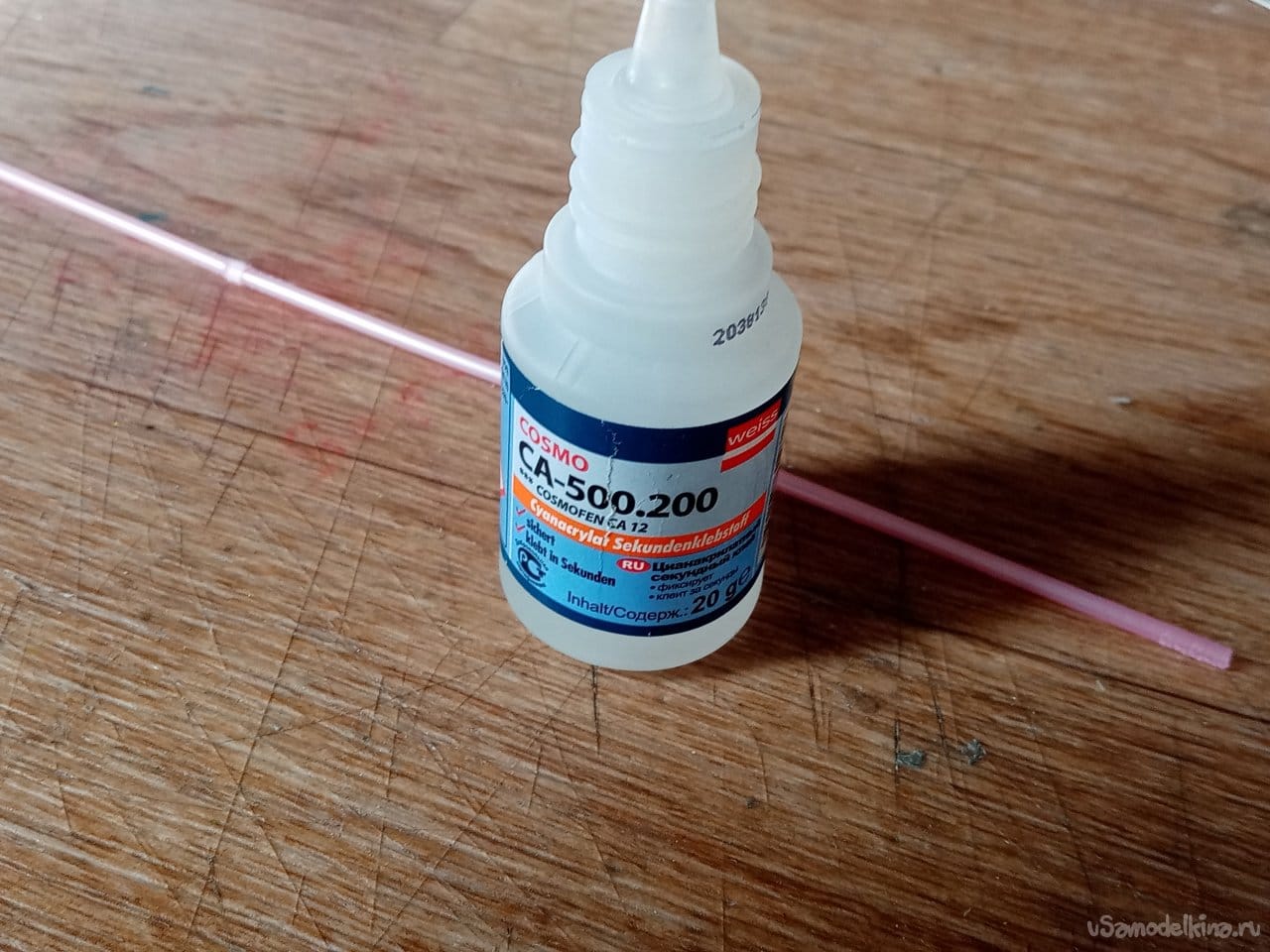 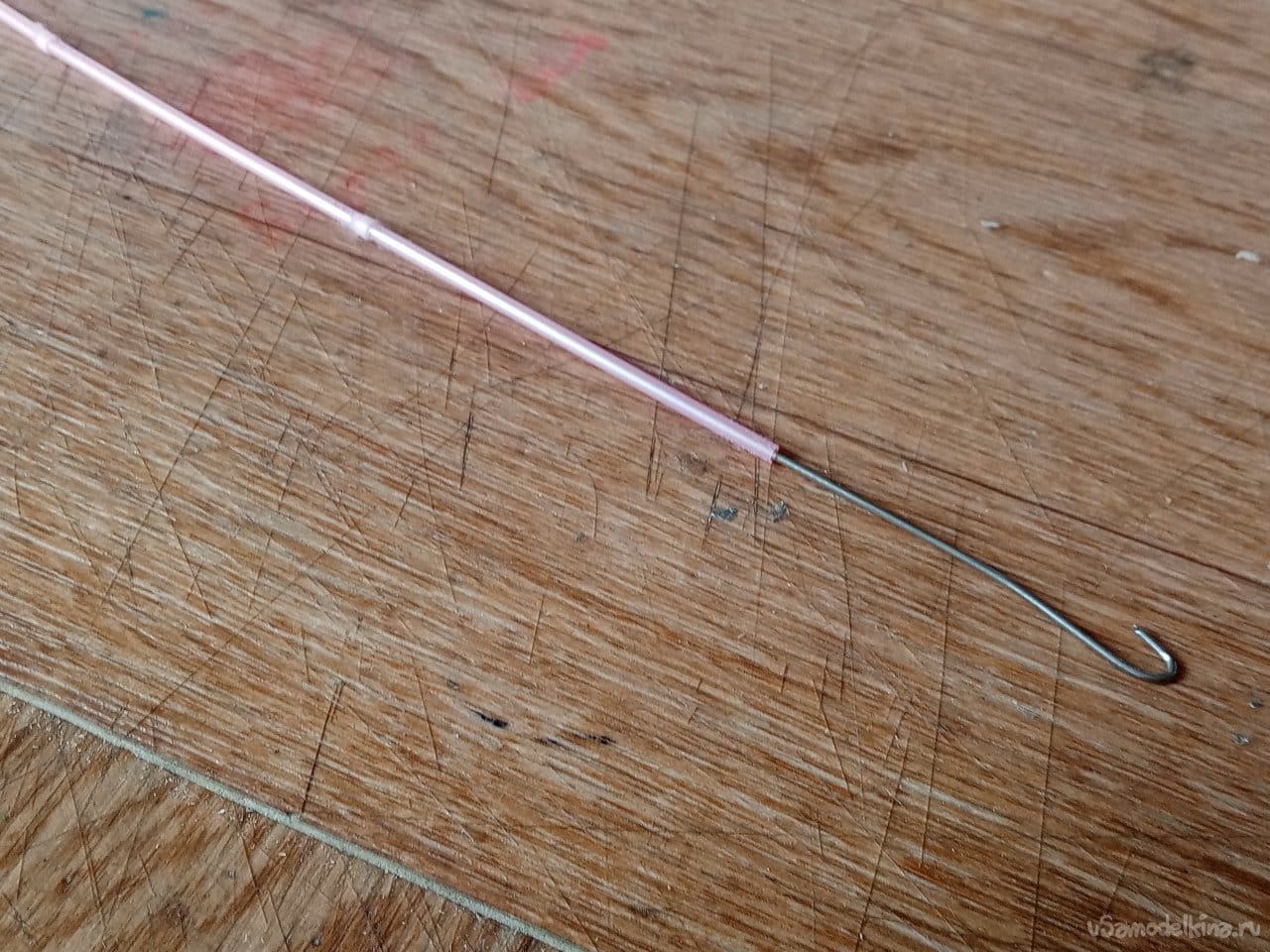 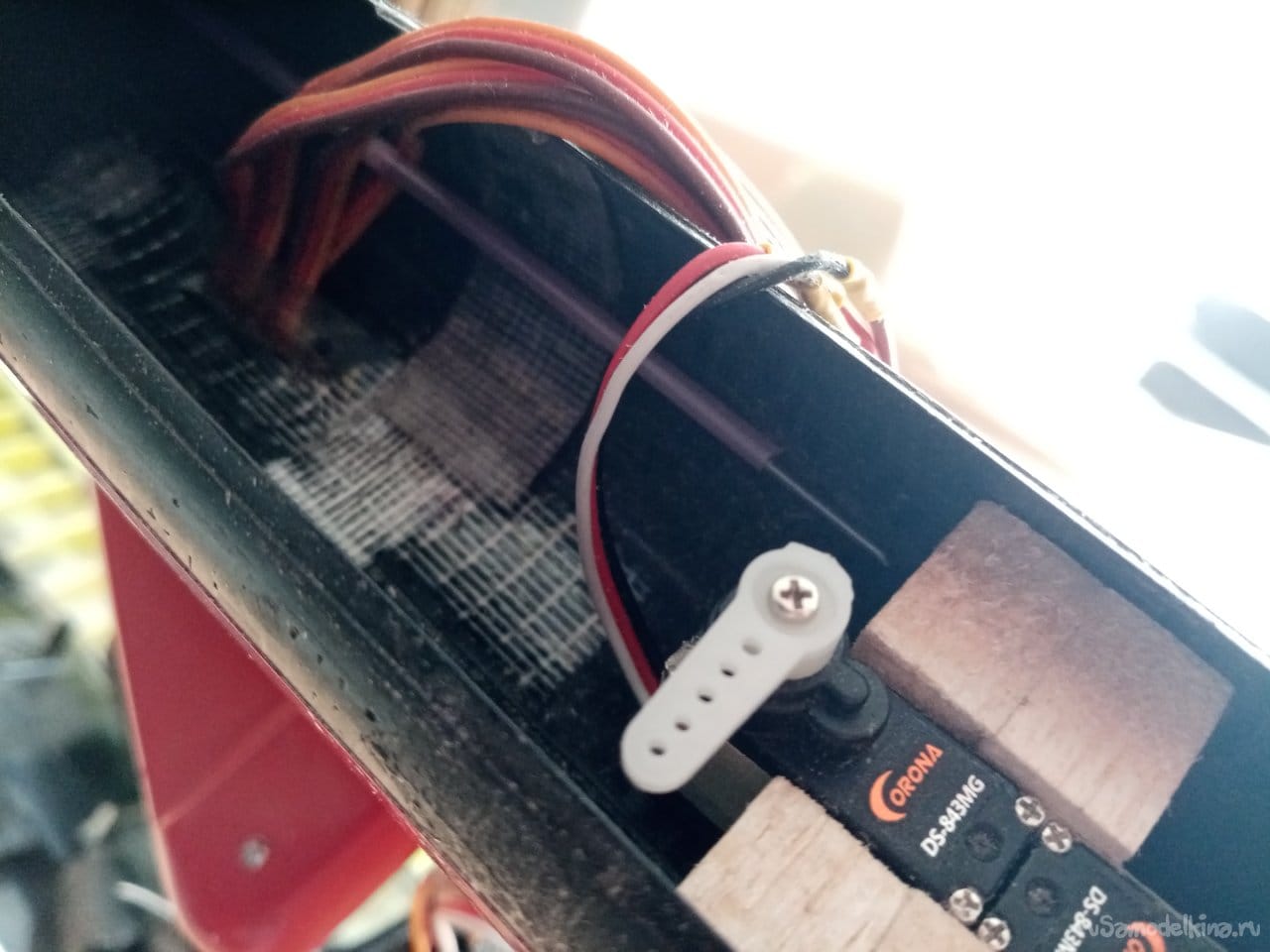 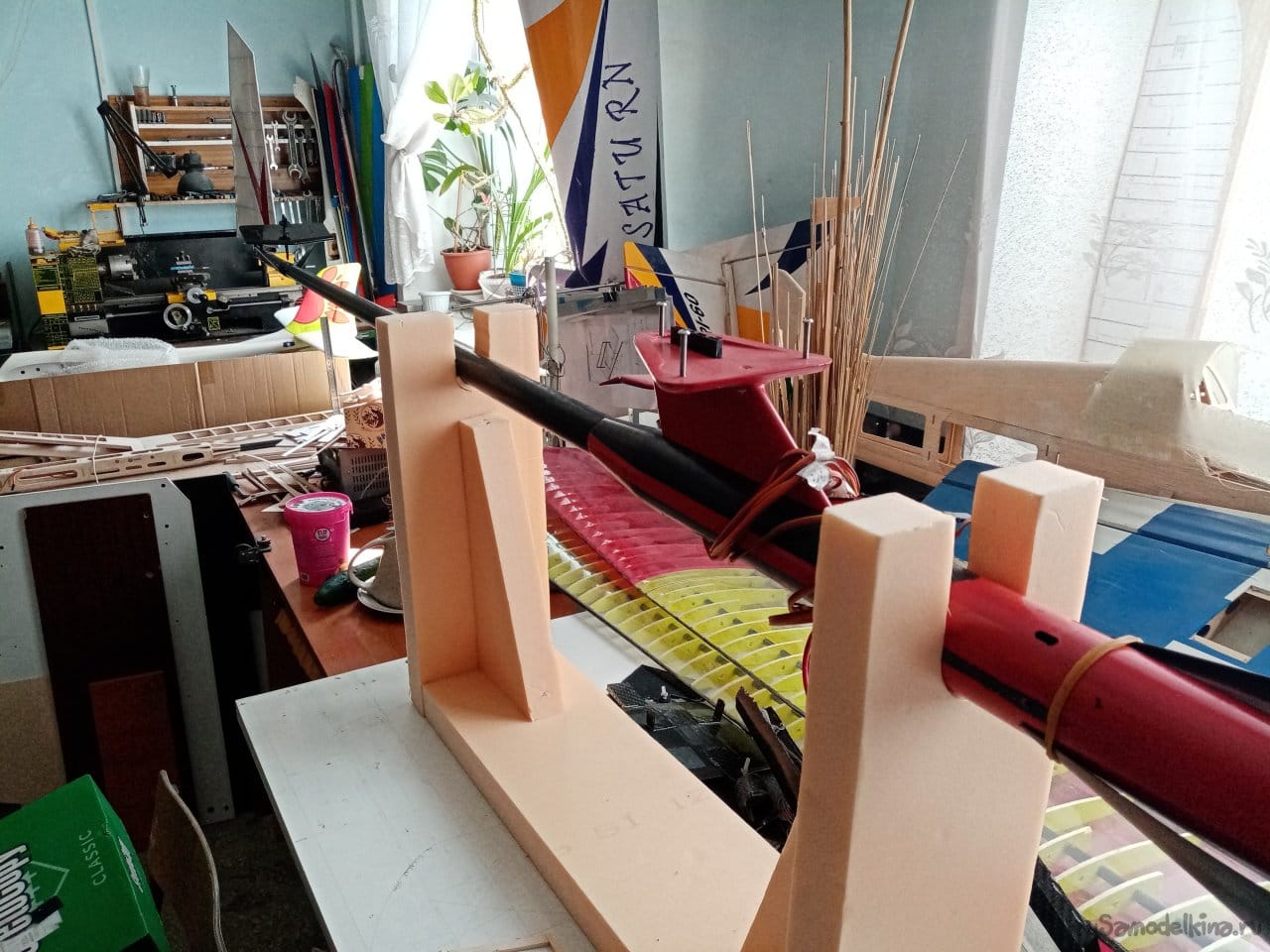 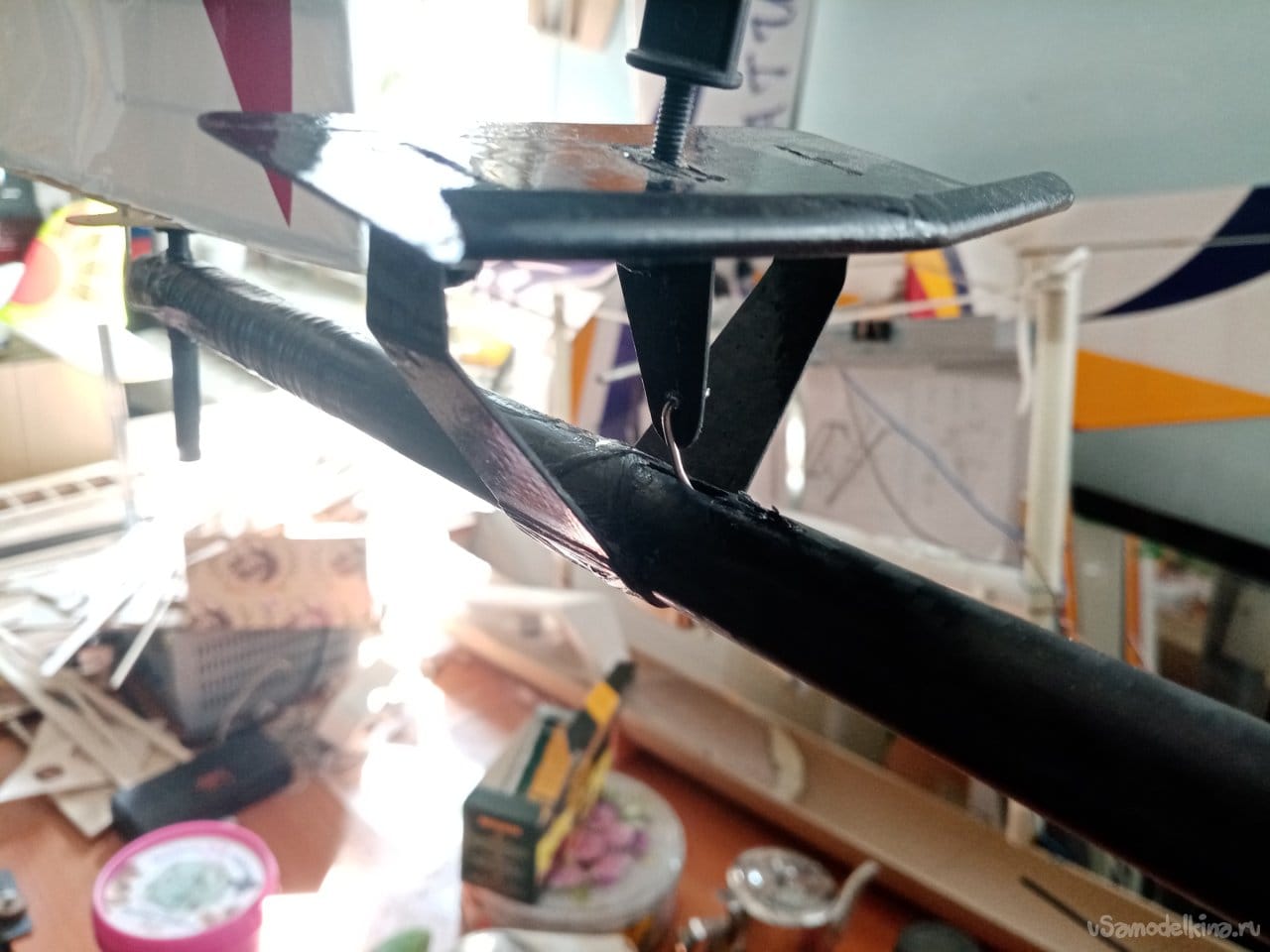 After the experiments, our comrade-in-arms donated some wire for welding machines. Also with a diameter of 1.2mm. Copper-plated and, by the way, more rigid. 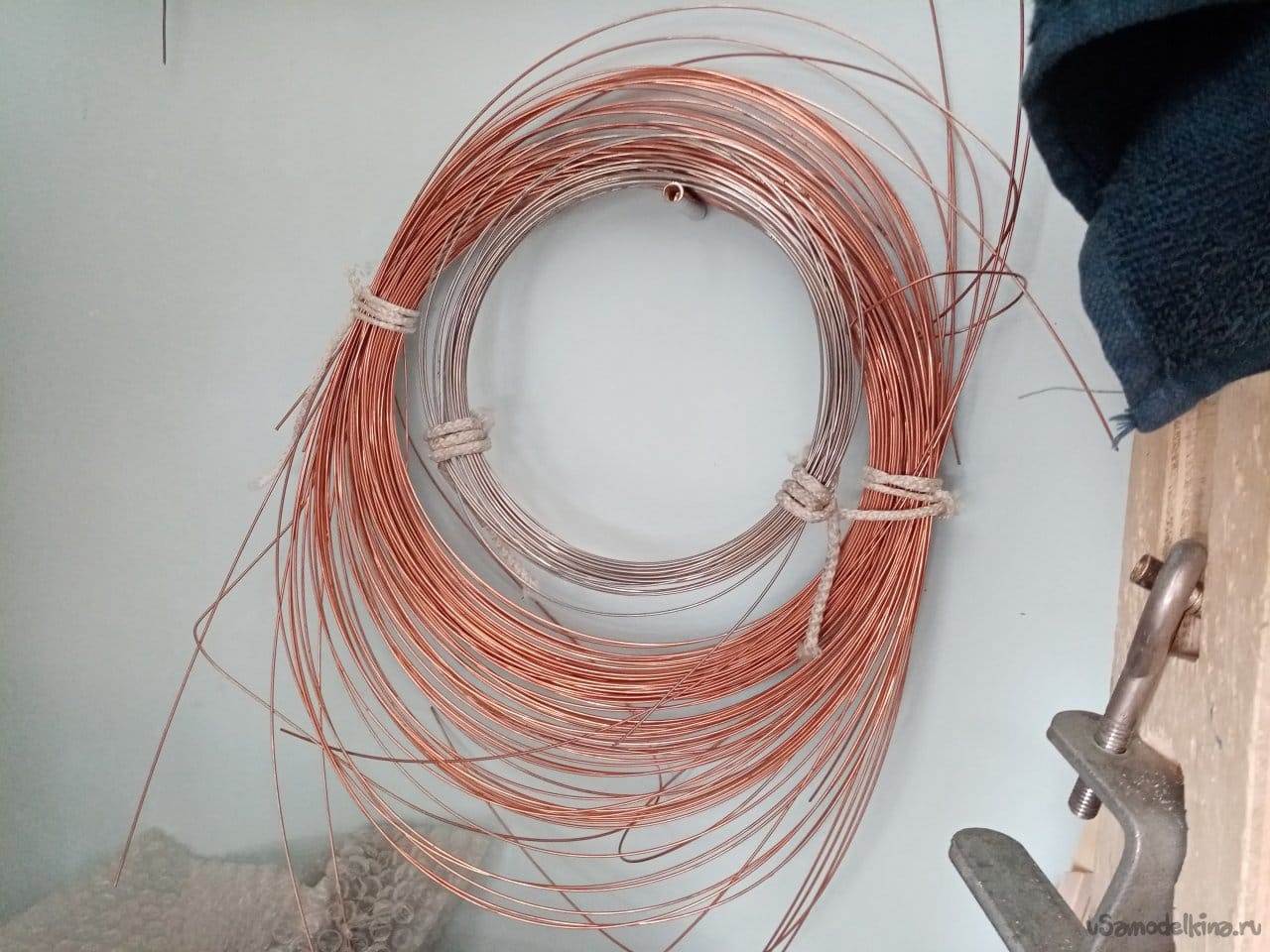 Stand for working with a glider