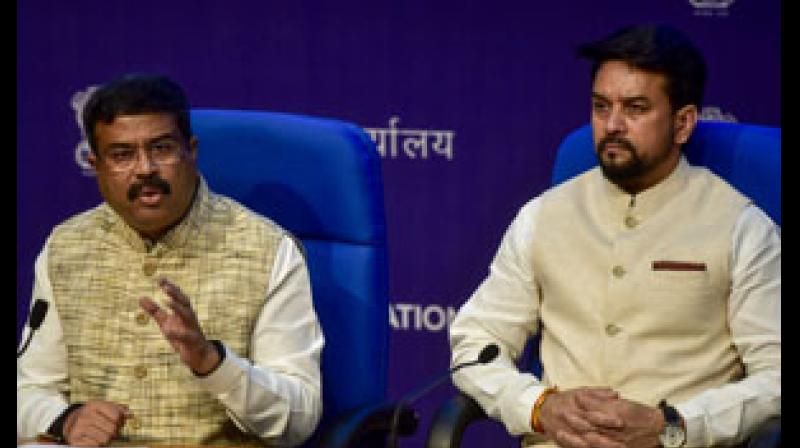 New Delhi: Union Minister Anurag Thakur on Wednesday questioned the “silence” of Congress leader Rahul Gandhi on rape incidents in states ruled by his party after the opposition leader met the parents of the nine-year-old Dalit girl, who died after allegedly being sexually assaulted. The Information and Broadcasting Minister was replying to a query on Gandh’s visit at a Cabinet briefing.

Thakur said he would not like to comment on “who went to meet the victim’s family in Delhi or if it was for political reasons”.

He said when such rape incidents happen in many Congress-ruled states, some politicians like Rahul Gandhi have remained silent.     — PTI

BuzzOn25 seconds ago
0 0 Less than a minute
Show More

How the WASPs won by losing

BJYM accuses police of denying it permission to protest