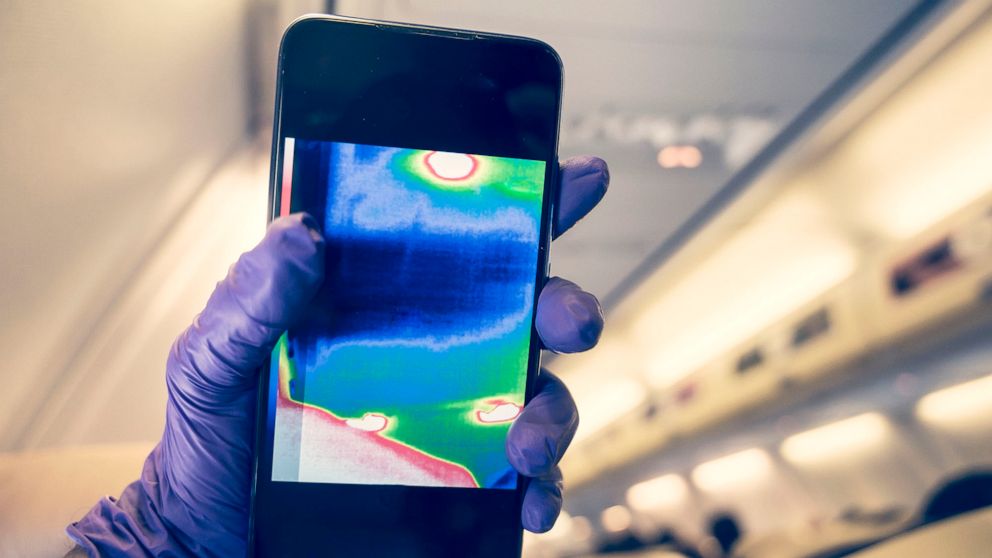 Due to the COVID-19 pandemic, body temperature checks have become routine for people entering public spaces such as hospitals, office buildings and airports. One by one, visitors slowly file through checkpoints as workers aim hand-held laser devices at each individual’s forehead to screen for fever.

To speed up the process, some organizations, including the U.S. Department of Defense, have upgraded to thermal imaging cameras, which allow for a faster flow of traffic into buildings and greater social distancing between checkpoint workers and visitors. However, thermal imaging cameras are still not widely used because of their exorbitant cost, much of which is due to expensive cooling components.

Researchers in South Korea have developed a new, inexpensive heat-detecting sensor called a microbolometer that might help make thermal imaging cameras more accessible by integrating them into smartphones. The new microbolometer can operate accurately at temperatures of 100 degrees Celsius (212 F) and higher, which is significant given that operating at 85 C (185 F) is a requirement for components of smartphones that must endure periods of heating up and cooling down. The study was published in the journal Applied Surface Science in May.

The most commonly used noncontact thermometers work by converting infrared radiation, which is emitted by all objects with a temperature above absolute zero, into electrical energy that is displayed as a reading in Fahrenheit or Celsius. The higher an object’s temperature, the greater the amount of infrared radiation it will give off. The red or green laser that shines on your forehead is actually just for aiming the device in the right direction and has no effect on the actual measurement.

Thermal imaging cameras are made up of many microbolometers that detect temperature in a different, much more sensitive way than noncontact thermometers. Infrared radiation heats up a special kind of detector material, causing the flow of electrical current through the material to change. That change is then translated into a temperature reading.

The most common microbolometers are only able to function at or near room temperature, and for high temperature environments, a separate cooling device is needed. Choi and his colleagues replaced the traditional detector material with a more heat-stable one, fabricating a vanadium dioxide film that could exhibit the same changes in electrical current from room temperature up to 100 C (212 F).

They also incorporated an infrared absorber into the microbolometer that maximized the device’s intake of infrared radiation and increased its sensitivity by a factor of three. During testing, the microbolometer could capture thermal images at 100 frames per second even at 100 C, which is about three to four times faster than conventional sensors.

Arnaud Crastes, a business development director at Teledyne Imaging, a group of technology companies that manufacture imaging sensors, noted that most bolometer manufacturers today have proposed technology with the capability to work at high temperatures such as 85 C.

Thermal imaging cameras based on inexpensive microbolometers that can function at high temperatures could be used for night vision, detecting hazards in vehicles, finding structural defects in buildings, and helping firefighters see through smoke.

“Uncooled thermal imagers were originally developed for military applications, such as the remote temperature sensing of military objects or soldiers,” said study author Won Jun Choi of the Center for Opto-Electronic Materials and Devices at the Korea Institute of Science and Technology. “But now, many other kinds of applications are possible.”

New technology lets Tour de France cyclists understand their bodies better than ever – but is it too much?