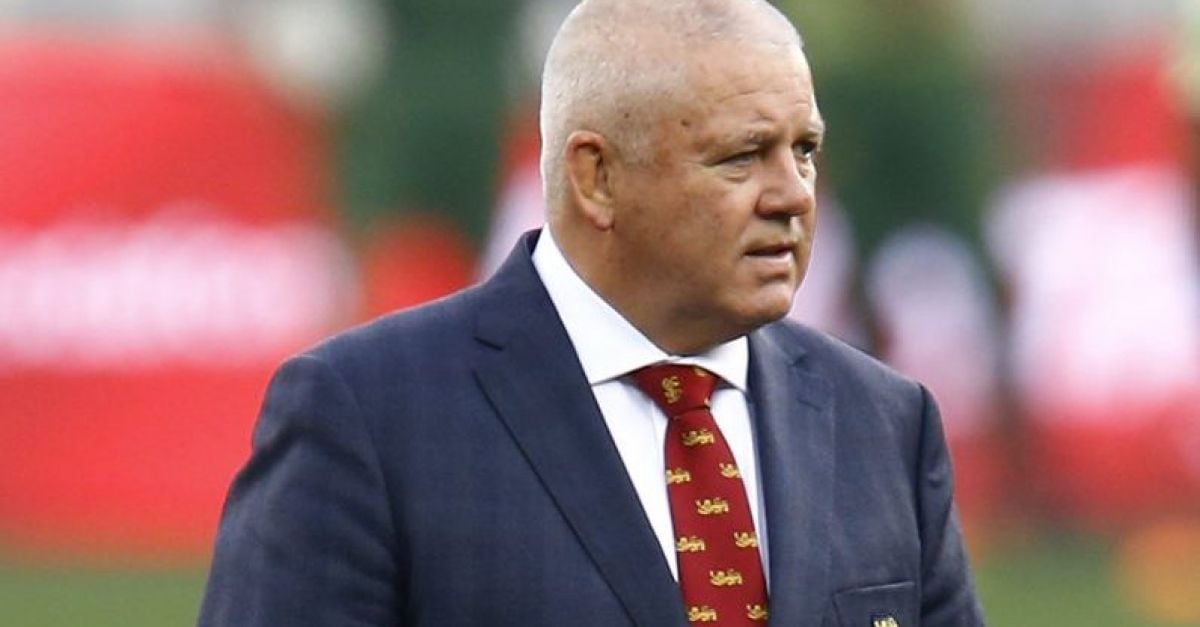 Warren Gatland spoke of his pride for his British and Irish Lions despite acknowledging they had allowed a series victory against South Africa to slip from their grasp.

Morne Steyn stepped off the bench to land a 79th-minute penalty as the Springboks clinched a 19-16 victory in the decisive final Test at Cape Town Stadium. It was a cruel blow after Steyn also kicked the series-clinching penalty in 2009.

Gatland’s men led 10-6 at half-time but should have been further ahead after dominating the world champions, Liam Williams the chief culprit for neglecting an overlap that would have led to a certain try for Josh Adams.

Cheslin Kolbe produced a world-class finish to place South Africa in control but Finn Russell landed a 75th-minute penalty to level the score at 16-16.

“We went out there to be positive and play some rugby. We missed one or two chances and they got a lucky bounce to score a try against the run of play. A couple of 50/50 calls probably didn’t go our way.

“When you’re playing against the world champions, you know it’s going to be a really tight contest with the bounce of a ball or a call deciding it.

“The boys gave it 100 per cent and from a coaching point of view, you can’t ask for more than that.

“The players have given everything but they will probably look back individually and go, ‘there was an error there’ or feel that they’ve given a penalty away.

“It was a proper Test match, it was tough and physical and that’s what you want with a Lions series.

“It was never going to be easy travelling away from home to play the world champions and they were really tight contests. We’re disappointed but it could have gone any way. Congratulations to South Africa.”

Dan Biggar limped off in the 11th minute with an ankle injury, allowing Russell to come on and direct the Lions as they produced their best rugby of the series.

Gatland insisted it was not a faultless performance by Russell, however, with the Scotland fly-half playing his first game since suffering a torn Achilles a month ago.

“Finn was good. We talked about moving the ball more and the ball went through his hands a lot which was good,” Gatland said.

“We shortened them up on a few occasions when we went to fourth or fifth phase and that created some space for us.

“But he’ll be disappointed that he’s dropped a ball in the air that he would normally take and he was unlucky on the tackle.

100% – Morne Steyn kicked the series-winning points for the @Springboks in 2021, just as he did in 2009; he has a 100% goal kicking success rate in Test matches against the Lions, slotting 9/9 kicks in total. Hero. pic.twitter.com/0jSeYbe5os

“Probably a left-foot kick down the middle of the park wasn’t one of his best moments but he showed how quick he can get the ball through his hands and created some stuff.

“For someone who hasn’t played a lot of rugby, I thought he was excellent.”

It was Gatland’s first series defeat as a Lions coach but the Kiwi was non-committal over whether he would return to lead the 2025 tour to Australia.

“In terms of my involvement, there’s a lot of water under the bridge in four years. A lot of things can happen in that time. I’ve loved my time with the Lions,” he said.

British and Irish Lions: What the pundits said after South Africa won the series