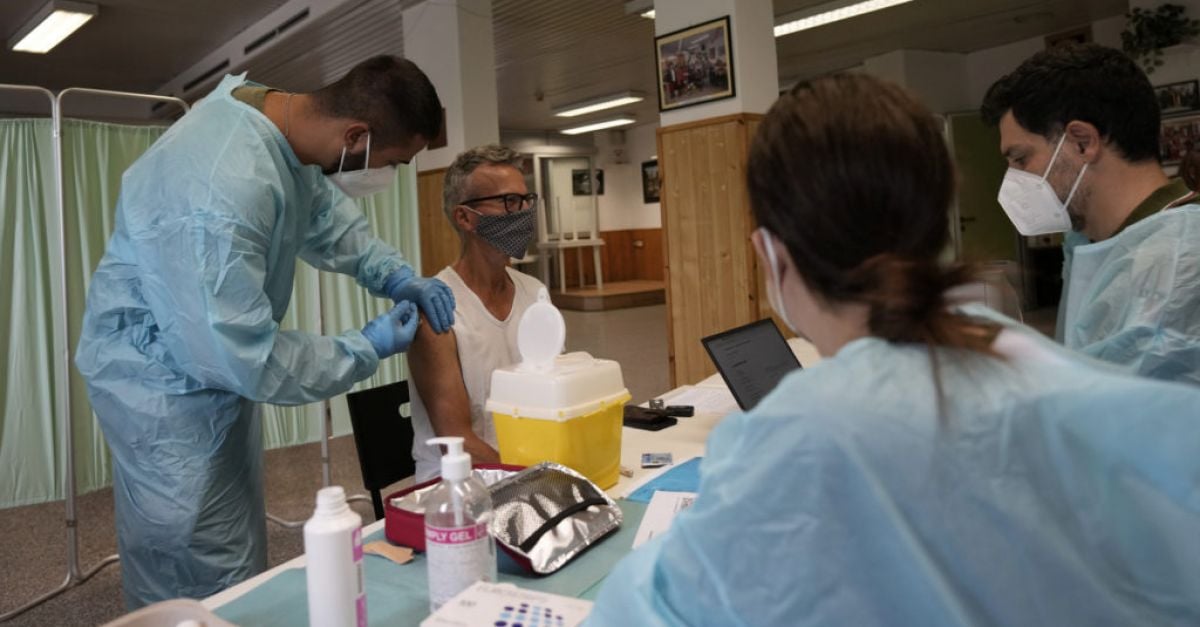 Despite a sluggish start, the European Union’s Covid-19 vaccination drive has caught up with that of the United States, where the slowdown of the country’s once-vaunted campaign has contributed to the virus’s deadly comeback.

In mid-February, less than 4% of people living in the 27-nation EU had been at least partially vaccinated against coronavirus, compared with nearly 12% in the US, according to Our World in Data, an online science publication connected to the University of Oxford.

Now the EU has overtaken the US by the same measure, with some 60% of the bloc’s residents receiving at least one dose, against less than 58% of Americans.

In Italy, around 63% of people aged 12 and above are fully protected.

Prime Minister Mario Draghi said: “I said that I don’t want to celebrate successes, but it must be said that Italy has inoculated more doses per 100 inhabitants than France, Germany, the United States.”

People in Italy must now show proof that they have had at least one vaccine dose, recovered from Covide-19 or recently tested negative for the virus if they want to dine indoors, use gyms or go to concerts, theatres, museums and tourist sites such as the Colosseum.

European authorities attribute success in Italy and elsewhere to nationalised healthcare and a history of public confidence in the safety of immunisations.

The EU’s slow process for approving the vaccinations set the bloc back at the beginning, but that is now paying dividends because it is instilling more confidence in the rapidly developed formulas, said Dr Peter Liese, a European Parliament member from Germany.

While the US and Britain issued emergency authorisations of vaccines to get shots into arms quickly, the EU went through the longer process of granting full approvals, putting it weeks behind.

Dr Liese said recently: “I am convinced that we have a good argument to explain to people still hesitating that the vaccine was properly tested in Europe. Now it becomes clear that not only the pace of vaccination in the first months but also the long-term strategy is important.”

The turnaround in Spain has been pronounced.

In mid-April, when nearly a quarter of all Americans were fully vaccinated, only 7% of Spaniards were similarly protected, according to Our World in Data. Now, nearly 60% of Spain’s roughly 47 million people are fully vaccinated, while about half of the US is.

Portugal, with around 10 million people, had fully vaccinated around a third of its population by the end of June. Now officials say it is on track to reach 70% by the end of the summer.

Like the American vaccination drive, the European Union effort started around Christmas and struggled to meet initial demand. But it quickly turned into a major political embarrassment for European officials, as the US and Britain jumped ahead.

The major factor holding back the EU initially was its decision to purchase vaccines as a bloc instead of as individual countries. The move ensured smaller member nations were not left out, but it ended up taking more time to negotiate with pharmaceutical companies, said Giovanna De Maio, a visiting fellow in international relations at George Washington University.

The US was also more efficient in distributing vaccines, quickly setting up large-scale vaccination sites and also supplying shots to local pharmacies, groceries and other places, while the EU initially focused on hospitals and other medical facilities, she said.

EU nations were also overly confident that manufacturers would deliver.

As it turned out, Astra-Zeneca failed to produce its vaccines on time and delivered a paltry number of doses. Concerns over its safety and effectiveness also contributed to vaccine scepticism. But, with the major rollout of the Pfizer shot, things turned around.

Meanwhile, the US vaccination effort peaked and then dropped off dramatically in the face of significant hesitancy and outright hostility, fuelled by misinformation and partisan politics.

As of the end of July, the US was dispensing few than 600,000 shots a day on average, down from a peak of more than 3.4 million a day in April. The highly contagious Delta variant has sent new daily cases soaring over the past month to levels not seen since February. The vast majority of those admitted to hospital were not vaccinated.

Nevertheless, discrepancies between EU member states remain huge; for example, in the Netherlands 85% of adults have received at least one dose, but in Bulgaria, it is less than 20%.

There are also troubling signs that Europe’s campaign is losing steam.

In Germany, where 54% of the population is fully vaccinated, the number of jabs being administered has fallen from more than one million per day in May to about 500,000.

Officials there have begun pushing for more vaccinations at megastores and in city centres and are offering incentives. A vaccination drive in Thuringia state included free bratwurst, while sites in Berlin planned to have DJs play music over the weekend in a bid to encourage young people to get inoculated.

“European politicians see it coming and they’re taking these measures,” she said of the potential for vaccination efforts to stall in Europe. “They’re desperate trying to avoid that because Europe can’t afford another lockdown, given the big economic toll Covid has already taken.”