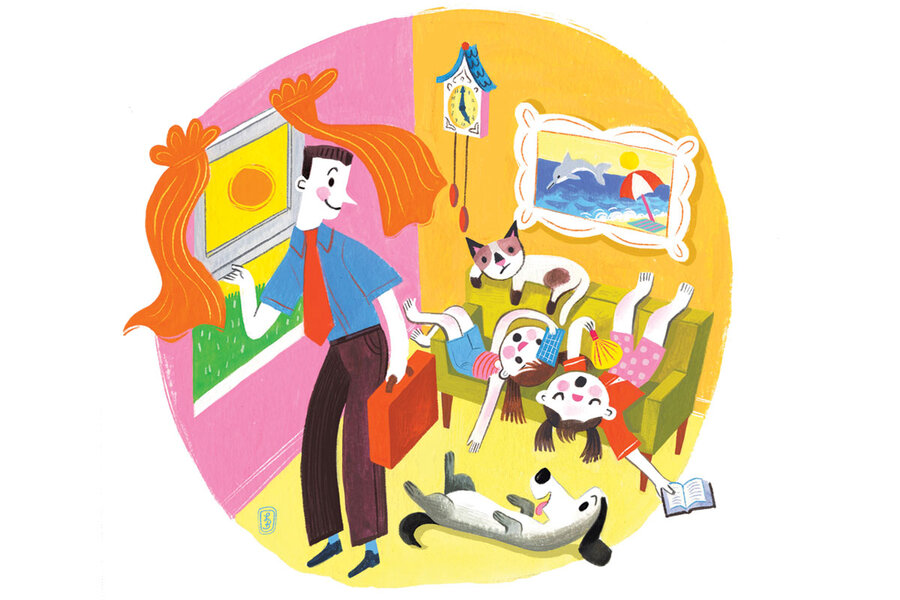 We don’t have air conditioning.

When we remodeled, my husband wanted AC and I didn’t. So we compromised. We installed a central air conditioning system that never worked from day one.

I’ve always maintained we don’t need it here in Portland, Oregon, where until recently – since somebody started tinkering with the world’s thermostat – it always dropped below 70 degrees overnight, and rarely stayed hot for more than three days in a row.

Nevertheless most houses, and all the new ones, seem to have AC now, running constantly. I do not approve. Does that make me a crank?

Yes, it does. But I come by my opinion honestly – it’s part of my inheritance. It was one of my father’s pronouncements. You never had to wonder what my father, a fine man and a world-class crank, thought about anything. He was fond of making pronouncements in a stern, sober baritone, and they carried the weight of Scripture:

The city is no place for a dog.

And, of course: Air conditioning is bad for you.

These days people like to say they couldn’t live without air conditioning, but I know it isn’t true, or I wouldn’t be here. I grew up in a fiendishly humid suburb of Washington, D.C. In the summertime, we’d lie around motionless in a personal marinade of unevaporated sweat. We’d lean into the mosquitoes for the breeze from their wings. We’d sit in the sprinkler. Nobody had air conditioning. We didn’t like it, but we pulled through.

One day a lady at our church said she’d bought a room air conditioner. A whole group of the church ladies walked over to her house to see, and I tagged along. Her house felt just like ours until we walked into that one room and suddenly it was January in the Yukon. Twenty ladies bunched up in that room, agape and astonished. Heaven had just become redundant.

I believe, now, that my mother got a notion that day.

We were a typical midcentury family. Dad went to work and came home at 5 p.m. on the dot, and Mom stayed home and baked bread and kept the house and most of her children clean. We had a routine. The house was closed up with the shades drawn all day, and then in the evening Daddy would obsessively check the thermometers until the moment when the inside temperature was 90 and the outside was only 89. Then the windows were flung open and the creaky box fan upstairs was turned on, pointing out. By morning we were down to a crisp 86 and the house was shut up again.

Mom did her best to remain ladylike in a cotton housedress. The rest of us splayed ourselves out on the linoleum in front of the black oscillating fan and dribbled ice cubes on ourselves.

As far as I know, my parents never had a cross word with each other. Unlike my husband and me, they had no need to compromise: They were a united front. Perhaps Mom deferred to my father from time to time, but it always appeared to be because they were on the same page.

So Mom bided her time. And at the very moment she determined I was old enough to take care of myself, or maybe just too old to be effectively corrected, she dusted off her crack secretarial skills and got a part-time job. Not too much later, boom, we had central air.

Dad was still known to grumble about the narrow range of comfort people were accustoming themselves to. It’s not good for people, he pronounced. He was probably right. He usually was.