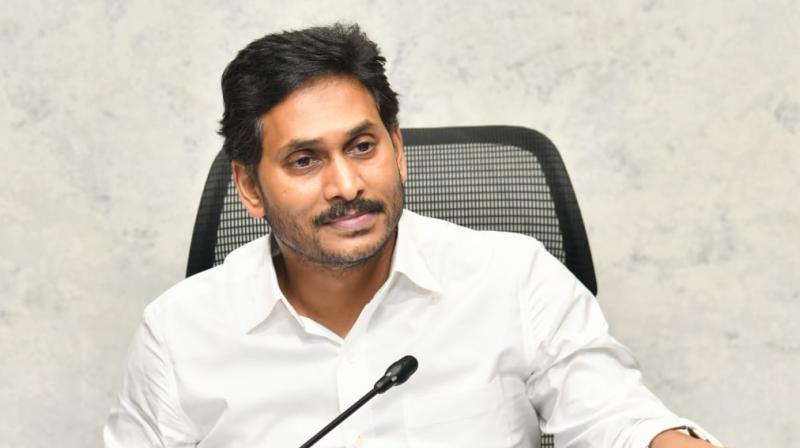 VIJAYAWADA: The Andhra Pradesh Cabinet meeting chaired by Chief Minister Y.S. Jagan Mohan Reddy was held in the Secretariat on Friday which discussed important issues and approved proposals for transforming educational infrastructure with improvement of facilities and amenities in government schools under comprehensive academic and administrative reforms.

Nani said the Cabinet approved proposals for transforming educational infrastructure and to bring in comprehensive academic and administrative reforms. He said the Cabinet approved launch of Jagananna Vidya Kanuka, dedication of phase-1 of Nadu-Nedu programme to the nation and launch of phase-2 of Nadu Nedu programme on August 16.  He said all the schools including Anganwadi centres, zilla parishad schools and municipal and tribal welfare schools were classified into six categories as satellite foundation schools (PP1 &PP 2), foundational schools (PP1, PP2, class 1 and 2), foundation school plus (PP1, PP2, Classes 1-5), pre-high schools (Classes 3-7/8), high schools (Classes 3-10) and high school plus (Classes 3-12). He said textbooks were being printed in English and Telugu.

The minister said the Cabinet approved to launch YSR Nethanna Nestham scheme for providing Rs 24, 000 per annum to every weaver family who owned a handloom on August 10 for the third consecutive year benefitting around four lakh weavers at an expenditure of RS 200 crore. He said the state government had already distributed a compensation of Rs 238,00,70,000 to Rs 3,40,000 AgriGold victims who deposited less than Rs10,000 and the state Cabinet approved to clear payments of Rs 500 crore to 4 lakh AgriGold victims, who deposited less than Rs 20,000 on August 24.

Lokayukta, APSHRC to be shifted to Kurnool

Minister for information and public relations Perni Venkataramaiah alias Nani said the Cabinet approved organising of the YSR LifeTime Achievement Awards and YSR Achievement Awards function on August 13 and also to shift Lokayukta from Hyderabad to Kurnool in view of the opinion expressed by the High Court and also to notify the headquarters of Andhra Pradesh State Human Rights Commission in Kurnool.

The Minister said the Cabinet approved regularisation of the land in unauthorised occupation of unobjectionable government land by way of dwelling units up to 300 sq yards. He said that the Cabinet approved the sanction of one motor vehicle inspector, one junior assistant/senior assistant and three home guard posts for a new unit office at Punganur in Chittoor district. The Cabinet also approved Andhra Pradesh Bovine Breeding Ordinance 2021, operational guidelines for auctioning of fishery wealth in the public water bodies, policy on seed production through RBKs. He furnished the status note on kharif and other seasonal crops.

The Clean Andhra Pradesh programme would be launched by distributing 1.2 crore bins in 124 municipalities and municipal corporations across the state, he said adding that the state government would provide 14,000 tricycles in villages which included 1,771 electric vehicles and 3,097 autos for collection of garbage.

SC pulls up CBI, IB, cops for inaction over complaints by CJs