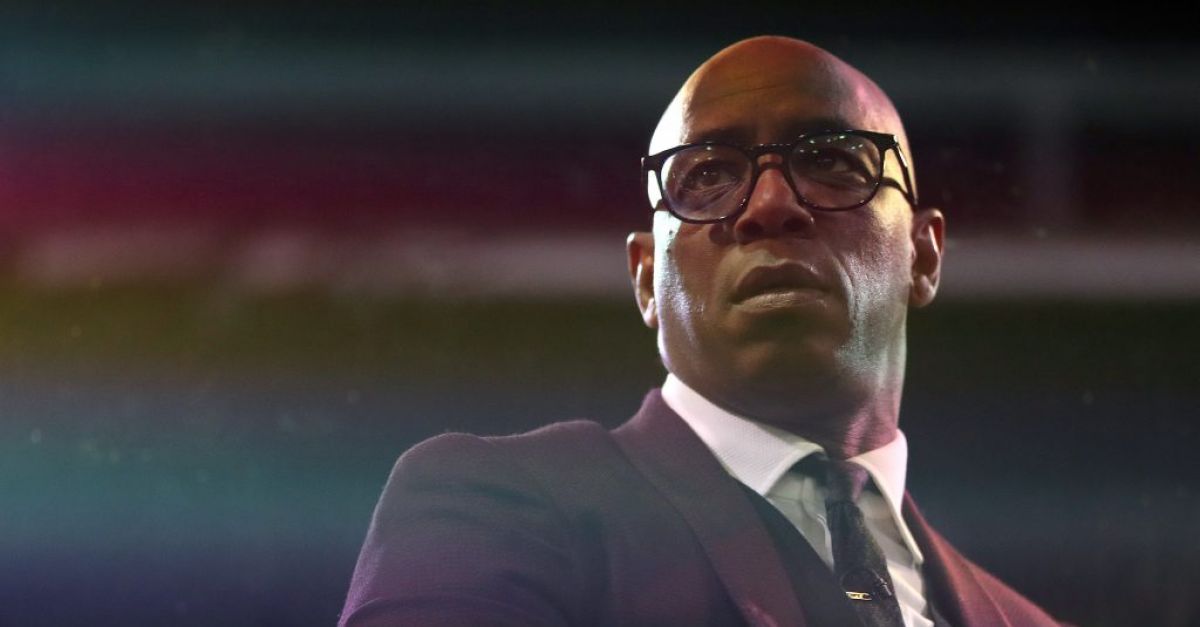 Ian Wright has hit out at the “disgraceful behaviour” of some Leicester fans after claiming he and fellow TV pundit Roy Keane were the targets of abuse during Saturday’s Community Shield match.

The former Arsenal and England striker revealed he and ex-Manchester United and Republic of Ireland skipper Keane found themselves in the firing line at Wembley, where they were working for ITV during the Foxes’ 1-0 win over Manchester City.

In a video posted on his Twitter account to clarify comments made on air, Wright said: “Let me just clear that up because obviously Leicester fans know how much respect I’ve got for them and their owners and constantly bigging up Leicester and what they do.

“But I’ve got to say, where we were today doing the punditry from the gantry where we were, some of those Leicester fans, what they were doing, calling Roy ‘Irish c’, mouthing the words to me – they know what words they were mouthing to me – you let yourselves down, bro, big time.

“I’m really disappointed on what was a fantastic day for Leicester City fans. Those fans in front of those kids, throwing the stuff down, what they were doing, mouthing and shouting what they were shouting, disgraceful behaviour, man.

“Leicester, you shouldn’t be acting like that, certain fans. You don’t represent Leicester.”

Thank you for not letting this pass, @IanWright0. We'd welcome your help in identifying those involved so they can be held to account. We wholeheartedly condemn all forms of discrimination.

The FA Cup winners were quick to respond in a reply to Wright from their official Twitter account.

It said: “Thank you for not letting this pass, @IanWright0. We’d welcome your help in identifying those involved so they can be held to account.

“We wholeheartedly condemn all forms of discrimination.”

Fabinho says rivals’ transfer business is none of Liverpool’s business